Road Rage In Colorado—It's Time to Talk About It!

Road Rage In Colorado—It's Time to Talk About It!

Driving is one of those things that's an essential part of our lives. Plenty of us spend hours a day driving the roads of Colorado (looking at you, I-25!) and encounter a lot of hazards along the way, most of which are caused by other drivers. Unfortunately, it's becoming an all-too-common occurrence that these situations escalate far beyond angry words or a creepy feeling. Sometimes, they can turn dangerous very quickly, with deadly consequences. What we are talking about is road rage and it has been all over the news in Colorado this summer.

It’s no secret that Colorado has a reputation for some crazy drivers, and we haven't had great luck when it comes to a reputation for good driving. SmartAsset released a recent analysis of worst driers by state and Colorado ties with Kentucky for 14th worst drivers in the country. Along with that, it seems like there's a story on the news every day or two about a road rage incident. In fact, the Colorado State Patrol (CSP) says road rage calls are already up in the thousands, every year the state gets tens of thousands of calls of road rage or attempted road rage, and this year they have already received close to 40,000 calls.

In 2018, they reported over 80,000 calls for the year, and these numbers included some suspected DUI calls, because, most of the time, they'll receive multiple calls on one vehicle. It can be hard to tell if an erratic driver is being aggressive or is under the influence and so drivers may report both kinds of behavior on the same car.

So, how can drivers avoid confrontational situations behind the wheel that blow up into a dangerous situation where people can get hurt or killed? Below are some tips and recommendations from CSP.

The CSP (*227) aggressive driver program was started about 20 years ago to help divers report aggressive behaviors in real-time. Since its implementation in July of 1998, the tip line has received more than 230,000 reports of aggressive divers according to the CSP.

Avoid contact with the driver by getting out of the way, not making eye contact, and not giving signs of distress or disapproval to the other driver, this often spurs them on.

Things to Take Note of

When calling to report an aggressive driver try to have the following information: vehicle description, license plate number, location and direction of travel, driver description, and the aggressive driving behavior being demonstrated. Exact location, including the road and direction being traveled, need to be given to the dispatcher when calling. The call is free and could possibly save someone’s life. CSP will keep a record of how many times a driver is reported for road rage and will issue them a warning letter after three complaints, and a more serious letter delivered by a visit from a State Trooper on the fifth report. 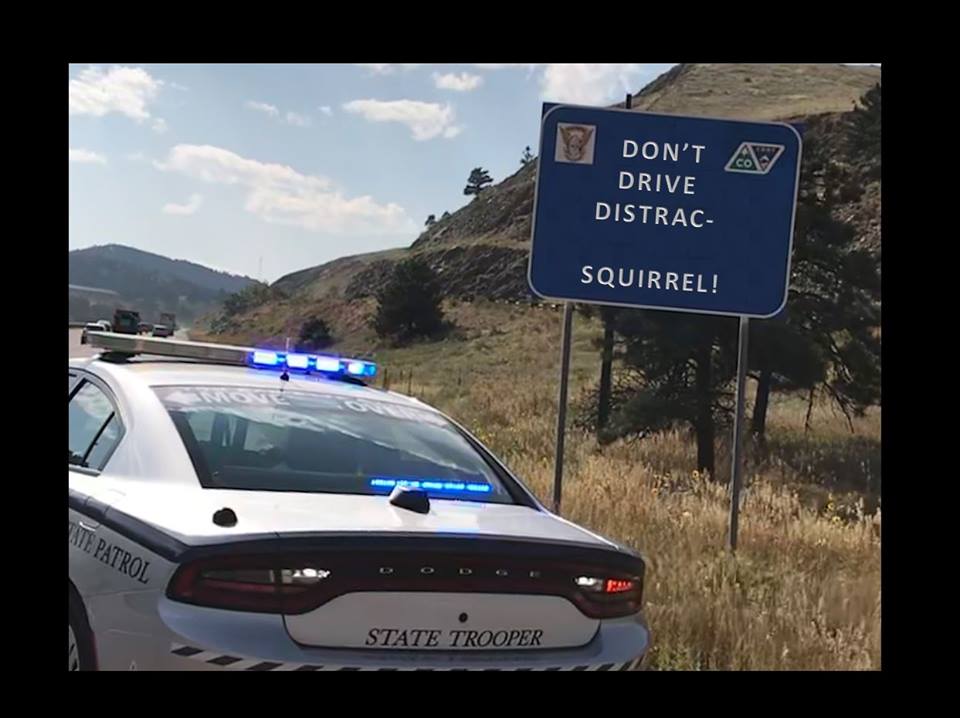 How we respond to aggressive behavior on the road is the only thing we can truly control; if another driver is acting aggressively, get away from them and keep a safe distance between you, do not reciprocate or make eye contact, and do not stop. If you are worried someone is following you, lock your doors and head to the nearest police station, fire station, hospital, anywhere that you will find police or first responders. Likely, an aggressive driver is going to back off once they realize you are going for help. When aggressive behavior presents itself, staying calm and cooling off is a big help—yes, it's annoying that that guy just cut you off, but taking a few minutes to crank up the radio, roll down the window for some air, or just pull over and breathe for a few minutes can do wonders.