The statue is a longtime symbol of the Confederacy.

Virginia Governor Ralph Northam announced on Thursday that the Robert E. Lee statue in Richmond, along with four other Confederate statues, will be removed in the coming weeks.

The presence of the Lee statue, which has stood 60 feet tall above Monument Avenue since 1890, has been a controversial topic for years, considering the fact that Lee served as the commander of the Confederate States Army during the American Civil War. In the past week, protestors had tagged the base of the statue with an array of colorful graffiti messages about white supremacy.

"I'm no historian, but I strongly believe we have to confront where we've been in order to get where we're going," Northam said, referring to Virginia's storied history with slave ownership and racism.

The bronze statue of Lee weighs about 6 tons. The other Monument Avenue statues that will be removed are of Confederate leaders Stonewall Jackson, Jefferson Davis, J.E.B. Stuart, and Matthew Fontaine Maury. 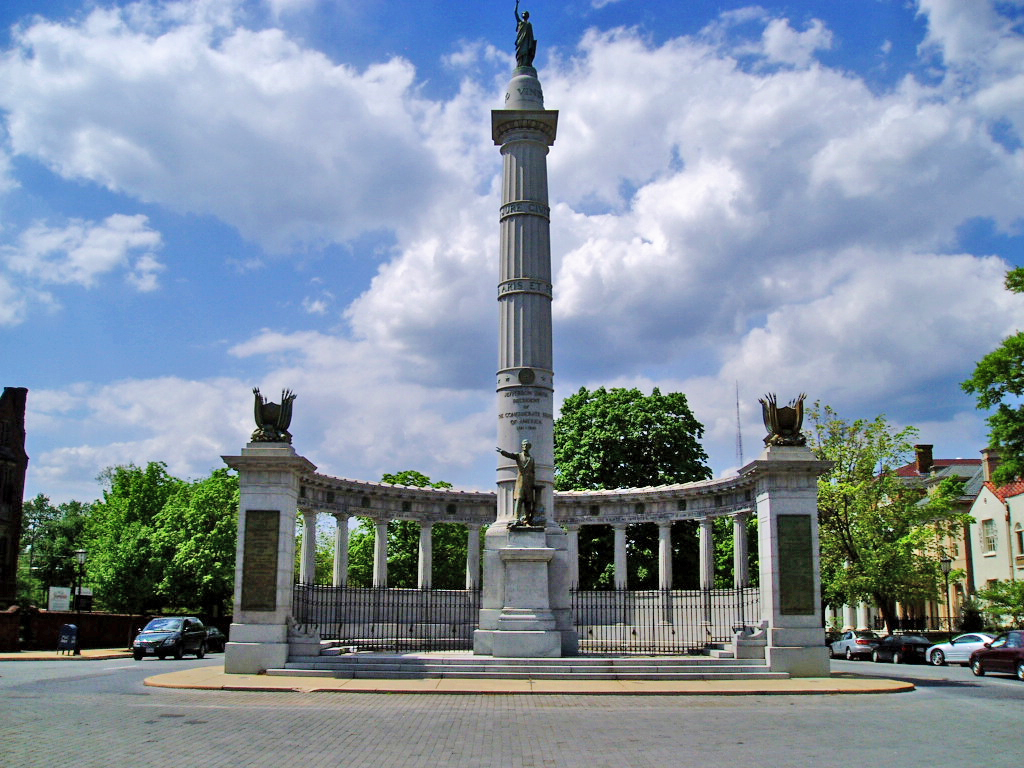 Jefferson Davis memorial, which will also be removed (courtesy of Wikipedia)

"Richmond is no longer the capital of the Confederacy," Richmond Mayor Levar Stoney said at the press conference. Stoney has been vocal about the need to remove monuments to the Confederacy since he took office in 2017.

You can watch a clip of the press conference here:

"Yes, that statue has been there for a long time. But it was wrong then, and it is wrong now. So we're taking it down." https://t.co/hd5pJl9RFK pic.twitter.com/oO54sYdP7O

There's not yet a specific timeline for the removal of the statues or of what monuments might be erected in their place, if any.