Second Seal Returned to Ocean After Rehab at National Aquarium

Second Seal Returned to Ocean After Rehab at National Aquarium

The National Aquarium Team has nursed back to health its second seal this year.

Stuart Little was found on the beach in Ocean City by the Ocean City Beach Patrol and Ocean City Police on March 2, 2021. The seal was trying to eat sand on the beach, a sign that he was sick or dehydrated. After arriving at the aquarium, the team took X-rays to make sure he didn’t ingest rocks and was treated for parasites. 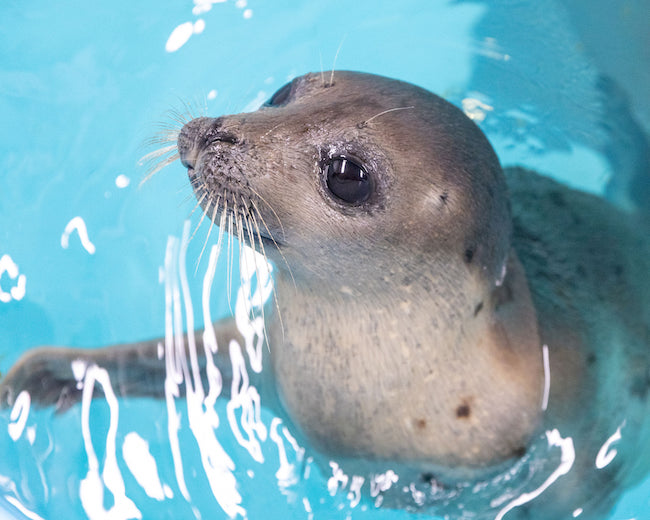 Stuart Little after arriving at the aquarium, Courtesy of National Aquarium (Facebook)

In a short period of time, Stuart Little began engaging in normal activities and eating up to 10 pounds of fish per day. He came into the aquarium at 48 pounds and left weighing in at 80 pounds. The team also taught him how to forage for ice, essential to keep him hydrated during the winter.

"Harp seals are considered ice seals, which means they typically spend most of their time on ice floes or in areas with plenty of ice covering," said Director of National Aquarium Animal Rescue Jennifer Dittmar. "Therefore, it's no surprise that Stuart's favorite enrichment activity was eating and rolling around in ice.”

Stuart Little is the second seal rescued and released by the team at the National Aquarium in 2021. Eloise was rescued from Cape Henlopen, Delaware, on February 14, 2021, and returned to the water off Assateague Island in early April. Another young seal named Tom Sawyer is currently in critical condition suffering from bite wounds and respiratory infection. Hopefully, he will soon be on the mend and headed back to the ocean like Stuart Little and Eloise.

Are you a lover of seals and the National Aquarium? Share your love in the comments.