Barbara Corcoran and "Mr. Wonderful" are providing mentorship and inspiration to small-business owners.

Known for its small-town charm, the little Main Street in Ellicott City, Maryland, is home to many family-owned businesses. While this tight-knit community has flourished together over the years, they have also struggled to stay afloat facing one disaster after another. The deadly floods in 2016 and 2018 completely destroyed many businesses with floods reaching as high as eight feet. It was disastrous to watch their years of hard work go floating out the doors—both literally and figuratively.

“Both floods were like tsunamis. They picked everything up in its way,” says Barry Gibson, owner of Forget Me Not Factory.

Nearby, owner Paula Dwyer of Georgia Grace Cafe shared, “It was relentless. The door flew open. I started crying. I knew everything was going to be gone.”

Since then, Main Street small-business owners have refurbished and rebuilt the damage.

“We’ve already cleaned out about 12 tons of debris because we want to make sure that we’re prepared for that next storm that we know would come,” says Calvin Ball, the Executive of Howard County.

However, now with the COVID-19 pandemic, these small-business owners have had to close their doors again, wondering each day what the next month holds for their businesses’ revenue. Despite their hardship, the community is determined to get Main Street back up and running. 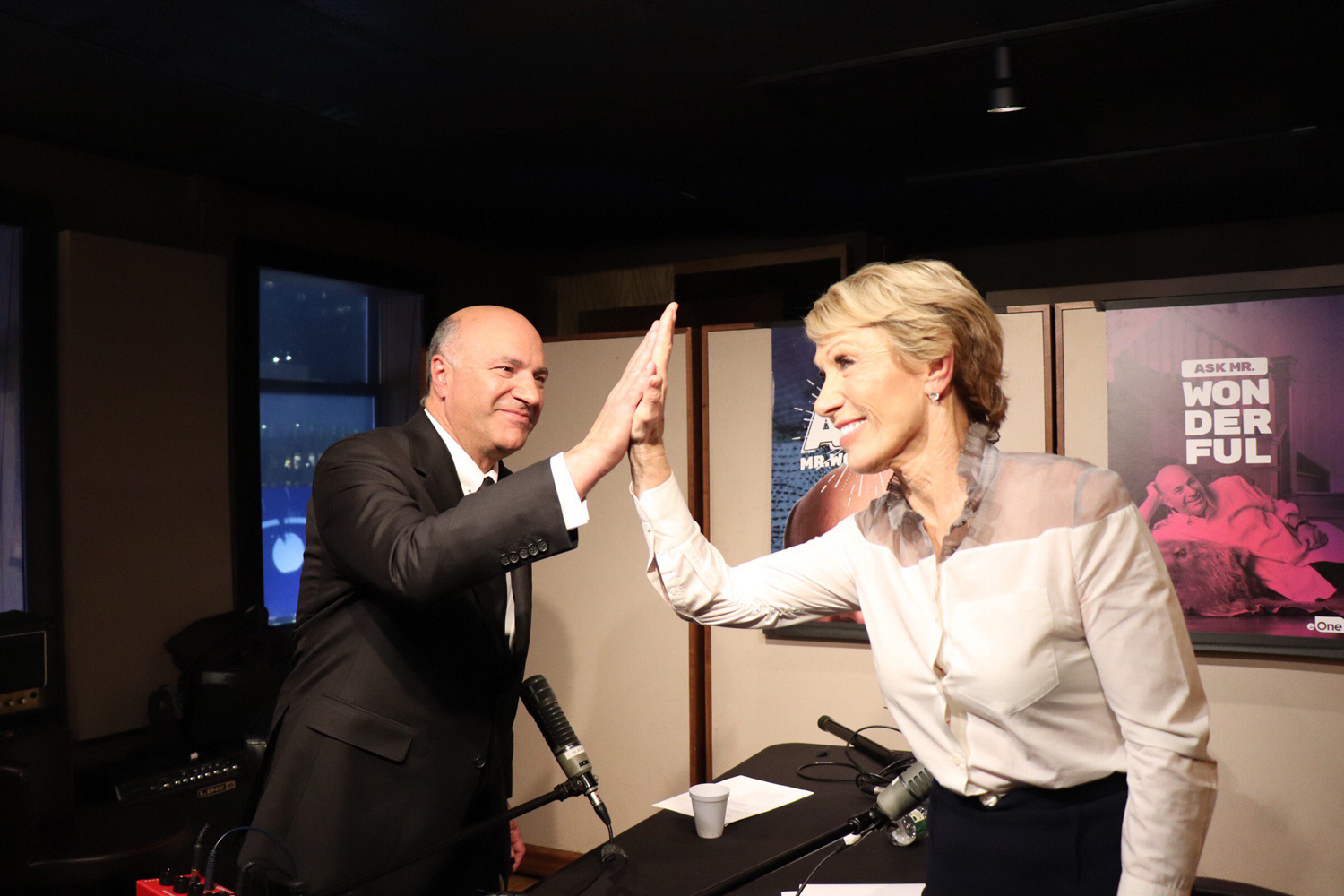 "I know all about your challenges," real estate guru Barbara Corcoran said in her video message, "And, I'm gonna come to the rescue and give you everything in my brain to help you along."

Having coined the popularized nickname “Mr. Wonderful” on ABC’s Shark Tank, you might recognize Kevin O’Leary for his sarcastic sense of humor and, of course, his classic phrase, “I’m out!” Humor aside, O’Leary does indeed have a soft spot for these small-business owners. Investors O'Leary and Corcoran will be providing mentorship and one-on-one sessions for selected entrepreneurs over the next several weeks.

Check out some of the small-businesses featured in this Main Street makeover:

Who's your favorite Shark Tank millionaire? Would you rather be mentored by Barbara or Mr. Wonderful? Let us know in the comments below!