The pilot, based on a novel by James Patterson and Bill Clinton, will begin filming in early 2020.

Cable entertainment company Showtime has announced it will film a pilot for a series based on the novel The President Is Missing next year in Maryland. The show is based on the novel with the same name, a political thriller that details a missing American president and pressing security crisis. The novel was co-written by writer James Patterson and former President Bill Clinton.

If the series makes it past the pilot stage, it could be a boon to the Maryland economy. The Netflix series House of Cards filmed in the state for several seasons, bringing in more than $700 million in revenue and hiring close to 2,000 residents each season. The Maryland Film Office and Governor Larry Hogan are enthusiastic about the series shooting in the state.

“We are thrilled that Showtime will shoot the pilot for The President Is Missing in Maryland, and we are hopeful that it will become another successful series for our state,” said Governor Hogan. “Maryland offers an outstanding destination for filming, with a highly-skilled crew base, talented actors, and a variety of locations that can easily double as our nation’s capital.” 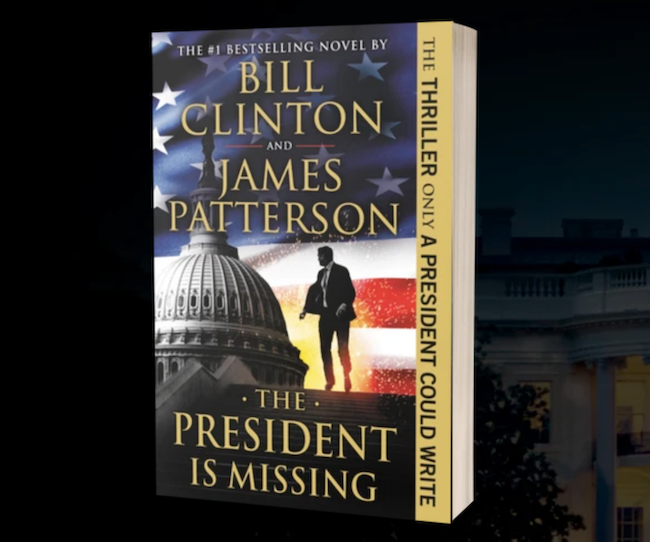 The pilot stars David Oyelowo, who portrayed Martin Luther King Jr. in Selma, and starred in the Jack Reacher thriller A United Kingdom.

The series will be executive produced by Christopher McQuarrie and Anthony Peckham, who is also writing the script. James Patterson and Bill Clinton will also executive produce. The novel The President Is Missing sold more than 2.3 million copies and made it on the New York Times Best Sellers list.

Have you read the book? Do you think it will make a good series?