The Smithsonian National Air and Space Museum will celebrate the anniversary of the Apollo 11 mission with a film and projection of the rocket on the Washington Monument.

The Smithsonian’s National Air and Space Museum is commemorating the 50th anniversary of the Apollo 11 moon landing with a special event on the National Mall. For three nights next week, a life-sized version of the Saturn V rocket will be projected onto the Washington Monument’s 355-foot facade. The projection will be accompanied by a short film titled Apollo 50: Go for the Moon, a recounting of the first moon landing. 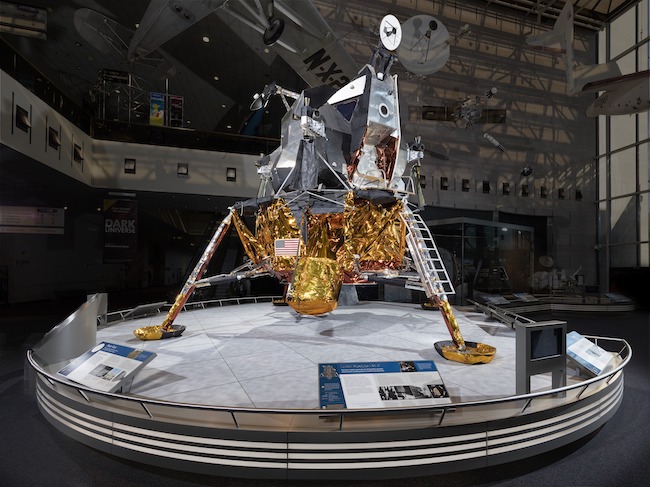 Lunar Module 2, courtesy of the Smithsonian

The best place for the public to see the film is on the National Mall between 9th and 12th streets. The viewing area features projection screens, speakers, and a 40-foot projection of the Kennedy Space Center countdown clock. For maps and daily information, go the museum website.

The show caps off a week of events celebrating the historic moon landing, including the Apollo 50 Festival. The daytime festival takes place on the mall between 4th and 7th streets, from July 18 to 20. Visitors can view space-themed exhibits by NASA, Boeing and The LEGO group, hear live music, and listen to lectures by NASA scientists.

Are you planning on heading down the National Mall for the show?