The loud boom occurred around 6:30 p.m. in Virginia Beach and was heard across Tidewater.

It was a normal Monday night when all of a sudden houses started shaking and a loud boom was heard around Tidewater, from Southern Virginia Beach to parts of Suffolk.

Here is what it was:

For those wondering about a boom last night across the Tidewater...it appears it was a sonic boom, perhaps ducted/augmented by a temperature inversion due to persistent low cloud cover yesterday. Double boom sound in video fits with supersonic aircraft theory #vawx https://t.co/ijjSjTIoha

Freaked out and concerned, residents were calling in and reporting the noise from what they thought was a sonic boom caused by a fighter jet. Calls came in from all over Virginia Beach, parts of Suffolk, and parts of the Great Bridge Chesapeake area.

Before the boom was identified, the theories started rolling in as residents suggested that it could have been a small earthquake, a small explosion that occurred in Sandbridge, or something military-related. The military theory was correct. 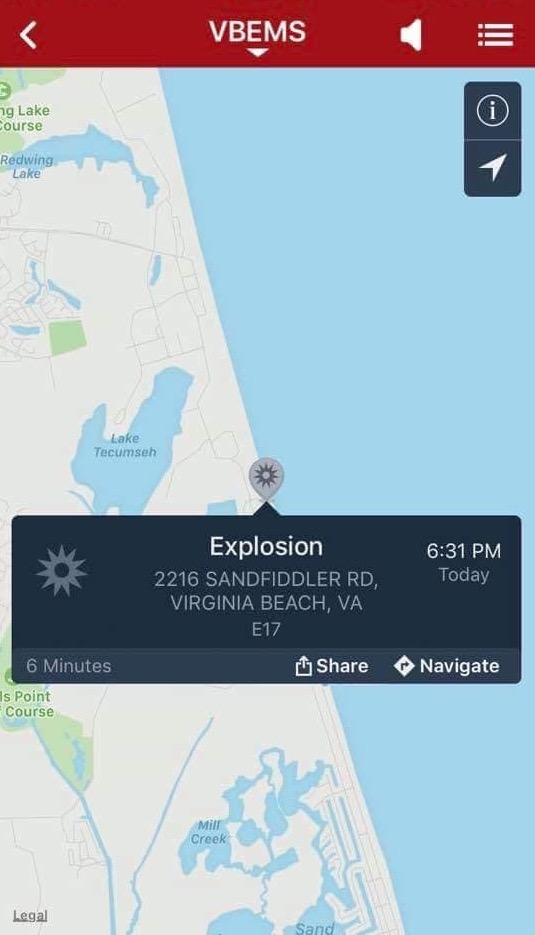 Some residents reported shaking houses, blown-out windows, and slamming doors from their homes, but no injuries have been reported.

Commander Dave Hecht with the Naval Air Force Atlantic said in a statement last night: “I can confirm that we did have an F-18 Super Hornet in the air at the time of the loud noise, however, at this hour I cannot definitively confirm that this was the source of the loud noise. We are examining the data. We hope to have a positive conclusion on whether it was or was not us sometime tomorrow.”

Hear the boom below:

Lots of y'all heard a loud boom out in Virginia Beach/Chesapeake, possibly a sonic boom. Jennifer Hayes, a spox with Naval Air Station Oceana said they're researching it, not sure if its Navy-related. @virginianpilot

@WAVY_News just heard loud boom sounded like a shotgun or explosion in Virginia Beach area near Haygood. Sounded right in our backyard? #757

"I was outside at the time and could hear the normal, everyday jet noise from Fentress Airfield when there was a sudden, what I would call, 'shock wave,'" Michael Williams, a Virginia Beach resident, told OCN. "I myself really didn't hear too much of a 'boom,' although I've heard other people describe it that way. To me, it was a wave they swept past my house, shaking everything as it passed. It seemed to come from east to west. I first thought it was an earthquake; now I'm just not sure."

Where did you hear the boom last night? Did you call in to report the noise? Tell us in the comments.