The Newseum to Close at the End of the Year

The Newseum to Close at the End of the Year

Having been open for 11 years at the site on Pennsylvania Avenue, the Newseum has struggled to turn a profit. It will hold its last tour in its existing building on December 31, 2019.

The Newseum has announced it will be closing at the end of the year. The building that houses the journalism museum was sold to Johns Hopkins University in January. Museum operators are planning on putting the artifacts in storage until a new location can be found. The Newseum has been open for 11 years at the site on Pennsylvania Avenue and has struggled to turn a profit. It will remain open and hold events through December 31, 2019.

The Newseum was imagined and opened by Al Neuharth, the founder of USA Today. The 643,000-square-foot environmentally-friendly building features seven levels of exhibit space, a 500-seat theater, and a glass hydraulic elevator. The Newseum is dedicated to teaching the public about the importance of a free press and its relation to the First Amendment of the United States Constitution. 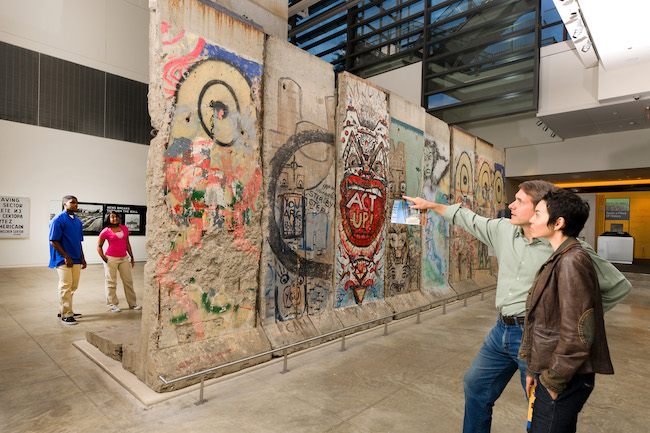 Exhibits in the Newseum include an interactive newsroom, the Berlin Wall Gallery (featuring a section of the wall from Germany), a First Amendment Gallery, an exhibit of Pulitzer Prize-winning photographs, and an FBI exhibit. Visitors can also get great views of the city by visiting the Hank Greenspun terrace, a walkway at the top of the museum. The museum receives digital feeds of more than 800 newspapers in the world and has a physical newspaper copy from each of the 50 states on display each day.

From now through the end of December you can visit the Newseum and see the museum’s latest exhibit, “Seriously Funny: From the Desk of ‘The Daily Show with Jon Stewart.'” Tickets for the Newseum are $24.95 for adults 19 and over, $14.95 for kids aged 7 to 18, and $19.95 for seniors. Kids under 6 are free, and all tickets are 15 percent off when purchased online.

Have you visited the Newseum? What was your favorite exhibit? Tell us what you think of this news in the comments!