The Washington Capitals Are Getting Their Own Beer, and You Can Design the Can

The Washington Capitals Are Getting Their Own Beer, and You Can Design the Can

The new Capitals brew will have can art designed by a lucky fan.

The Capit-Ale cans, emblazoned with the popular Capitals mural created by D.C. artists BroCoLoco, will be on sale at Capital One Arena through the 2019-2020 hockey season. Devils Backbone has also collaborated with the Washington Nationals on a beer called “Earned Run Ale,” and now the Capitals are getting their due. 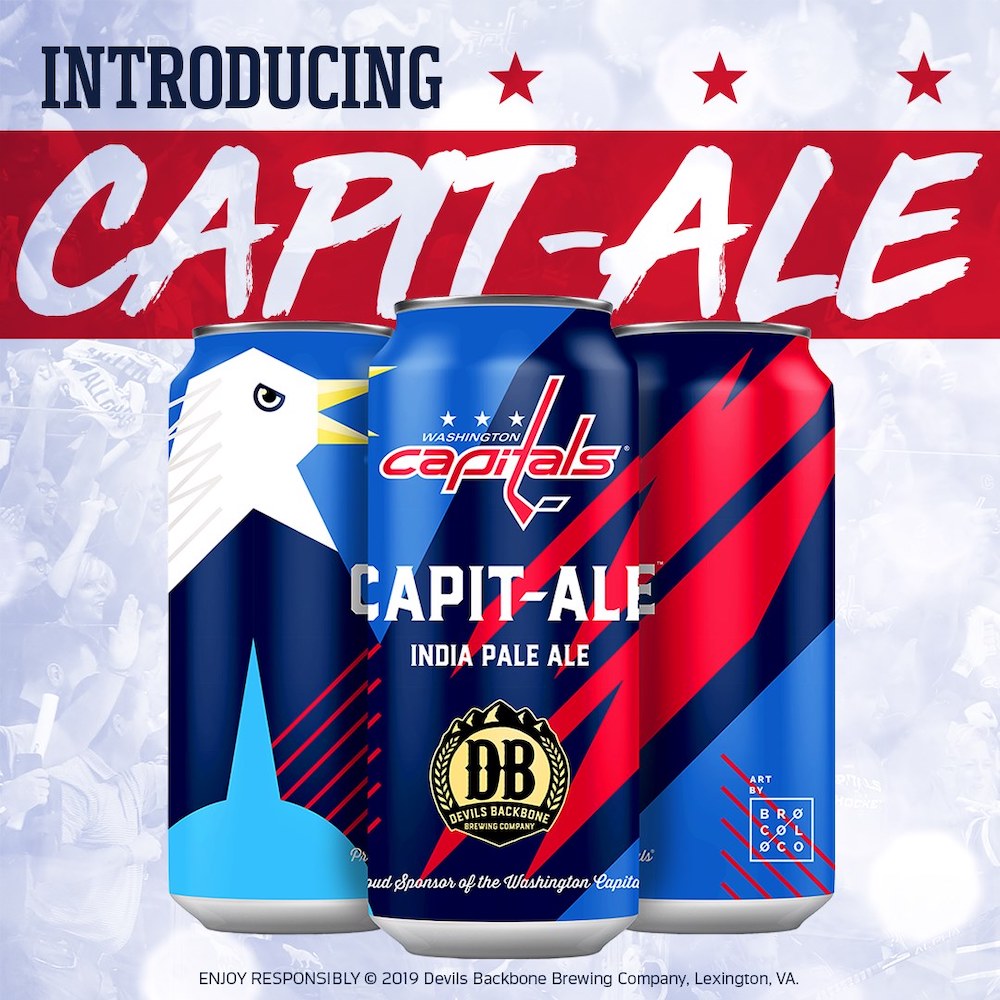 "At Devils Backbone we're all about slowing down and enjoying the finer things in life," said Devils Backbone COO Hayes Humphreys. "Few things are finer than enjoying a Caps victory with friends, which is why we're so excited to partner with the Washington Capitals on Capit-Ale. We're confident that world-class beer and world-class hockey will make an excellent pairing for the upcoming season.”

Capitals fans are invited to submit their original artwork for the second can now through October 18, 2019. The winner will have his or her design enshrined on Capit-Ale cans, get two tickets to a Capitals game, and receive a framed version of the art signed by the team. The original design will also have a home on the wall of the Devils Backbone Bar in the Capital One Arena. The fan-designed cans will be available at the arena in January of 2020. Fans submitting artwork must be 21 and live within 75 miles of the arena. For a complete list of contest rules and guidelines, go to dbbrewingcompany.com.

What is your favorite Devils Backbone brew variety? Tell us in the comments!