The bear on Shore Drive in Cape Story by the Sea, Wednesday night (courtesy of wavy.com)
Joy Moore 5/22/20
Join the Community
shares

One sighting was in Kings Grant, while the other was in the Cape Story by the Sea neighborhood.

A teacher working on class assignments in her Virginia Beach sunroom spotted a black bear in her yard around 9:30 on Thursday morning. She recorded a short video, as the bear ambled behind her family's trampoline, and then called Animal Control.

By the time an officer arrived, however, the bear had disappeared. 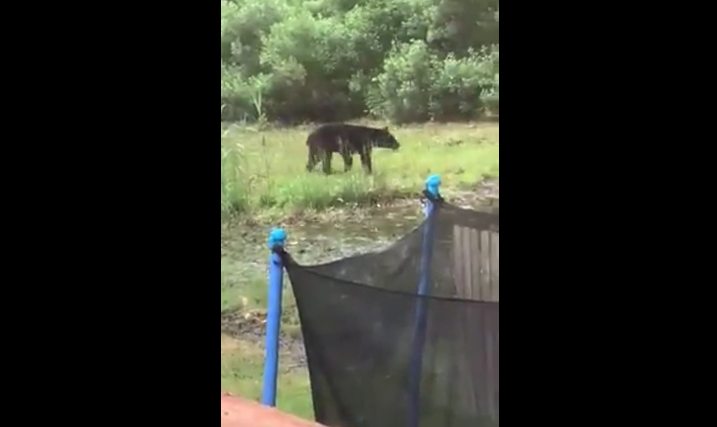 Screenshot of video taken of bear in Kings Grant, courtesy of wavy.com

The sighting occurred near Little Neck Road in the Kings Grant neighborhood, the 600 block of E. Coral Key, which is an unlikely area to see a bear. The teacher did not want to be identified.

After the sighting hit the news, a resident in the Cape Story by the Sea neighborhood, a block away from the Shore Drive/North Great Road Food Lion, reported that he had caught security surveillance footage of a black bear in his backyard at 11:30 p.m. on Wednesday, despite a six-foot-tall fence surrounding the yard.

The sightings were eight miles apart, and it is not known if it was the same bear, though they do look similar. 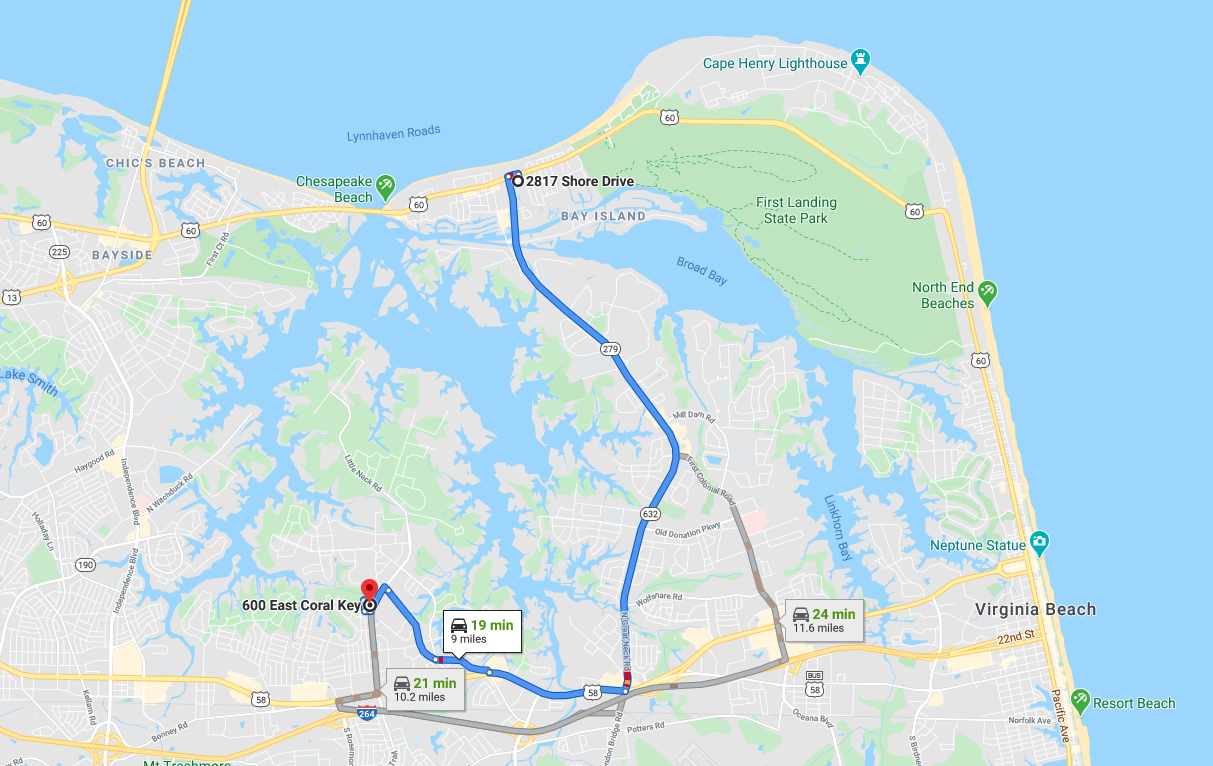 The distance between the two sightings, courtesy of Google Maps

Remember: If you happen to see a bear, make sure to stay a safe distance away (social distancing, amirite?) and call the Virginia Animal Control, at 757-385-5000. Do not attempt to feed it.

Have you seen any bears in Virginia Beach? We'd love to hear your stories! Stay safe out there!