Three Hampton Roads fishermen ended up with a catch of a lifetime on Thursday, November 5, while deep daytime swordfishing. Jon Wetherington, Michael MacTaggart, and Nick Kemp were near the Norfolk Canyon, about to give up fishing for the day, when a beautiful, 143-pound Opah fish (also called a moonfish) snagged itself on their line. 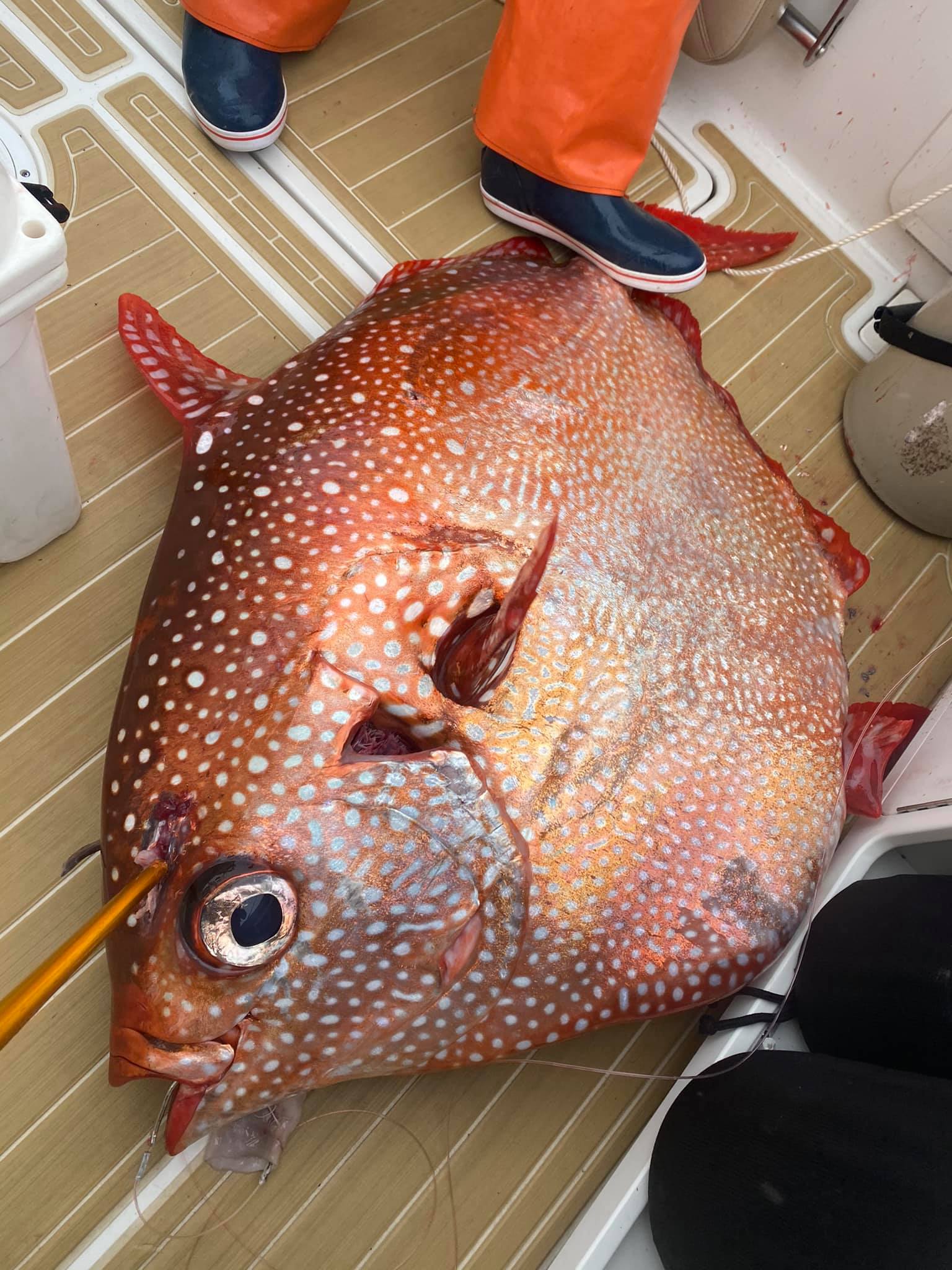 Forty-five minutes and tons of effort later, they were able to land the deep-ocean fish on the boat.

Opah fish are usually found in more tropical waters, and it's believed this one—caught about 80 miles off the Virginia Beach coast—is the first Opah to be recreationally caught in the Hampton Roads area, and possibly Virginia. The largest Opah catch ever recorded was 180 pounds.

Pending 143lb Opah Virginia State record I hand cranked offshore of VA at Norfolk Canyon on the “Relentless”. We will be interviewed on Wavy 10 tonight, stay tuned. 🎣. This is the first opah caught recreationally from our area of Hampton Roads! #dropittothebottom #opah #daytimeswordfishing #oceanseast #oeswordtournament #shimano #sailfishboats #grundens #aftco #opahfish

What an incredible catch! What do you think? Isn't this Opah fish beautiful? Have you ever caught a record-breaking fish in the Atlantic? Tell us in the comments!