Thousands of Hummingbirds Set to Visit Colorado During Spring Migration

Thousands of Hummingbirds Set to Visit Colorado During Spring Migration

Hummingbirds will make their way to Colorado in mid-April on their trek north.

Starting in February, hummingbirds begin their annual migration, starting from the warmer climates of South America heading north with a goal of reaching Canada. Along the way, thousands of them will make a stop-off in our great state, and many will end up staying in Colorado or other central United States instead of continuing north.

They generally start appearing in Colorado mid-April, with numbers increasing by late in the month. The busy birds often stick around until August before moving on. In September, the species starts the annual migration south to winter in the warmer climates.

These mass migrations are pretty impressive for any bird, but hummingbirds are pretty much a miracle of nature. They can travel over 20 miles a day, powered by hearts that beat up to 1,260 times per minute and wings that can flap up to 80 times per second. That activity is exactly why the wings are almost invisible while the birds appearing to float in the air. 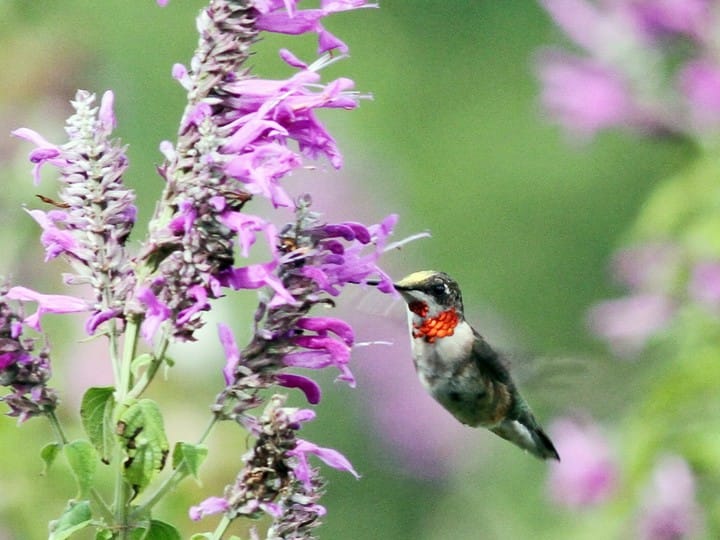 According to beautyofbirds.com, there are 11 species of hummingbirds that have been documented in Colorado. The most common include Broad-tailed hummingbirds, Rufous Hummingbirds, and Black-chinned Hummingbirds. These species are referred to as "native breeders" meaning they tend to stay in the mountain regions, which serve as their breeding territory.

During migration, however, you are likely to see all 11 species flitting around. Keep a lookout for the beautiful Ruby-throated hummingbirds, particularly the males that have a brilliant ruby-red throat, a white-collar, an emerald-green back, and a forked tail. 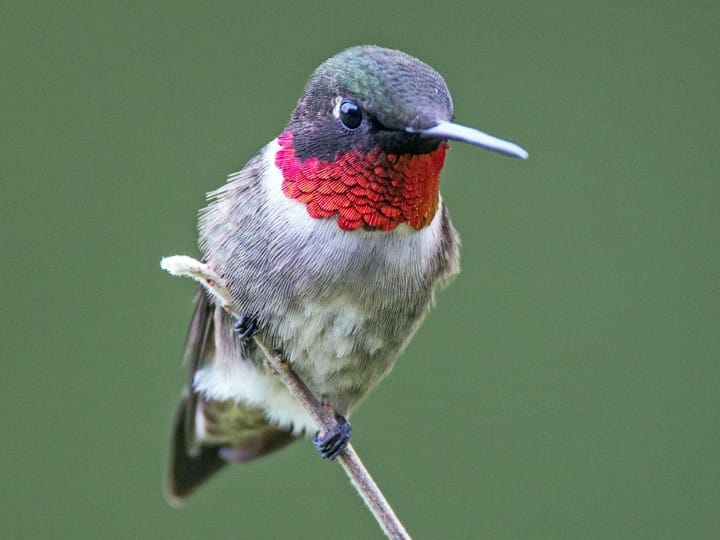 You might also catch a glimpse of the Magnificent or Refulgent hummingbird, which is twice as large as any other species. The male has a gorgeous metallic green throat and a black chest with a purple crown and forehead and crown.

During migration and throughout the summer, there are many ways to help these little flyers keep their energy up, as well as attract them to your gardens.

Hummingbirds love feeders. You can attract them to new feeders by placing ripe fruit next to it, which attracts small insects that hummingbirds like to feed on. Be sure to keep them clean and full of fresh sugar water every two to three days, as bacteria grow quickly because of the sugar.

In addition, you can plant specific flowers to attract hummingbirds to your garden.

"Hummingbirds are fascinating to watch and great pollinators - so it's no surprise that they are one of the most popular backyard birds. To attract hummingbirds to your backyard, plant red, tubular flowers that are native to your area," says beautyofbirds.com.

Do you regularly set up feeders during migration? Have you spotted any rare hummingbirds in the spring? Let us know in the comments!