The tornado watch is in effect until midnight tonight.

As two heavy thunderstorms make their way through Virginia and North Carolina, the National Weather Service has issued a Tornado Watch for all of Hampton Roads, central Virginia, southeast Virginia, and all of northeast North Carolina.

The alert was originally only issued until 5 p.m. on Friday, but it has since been extended to midnight tonight.

Strong winds, 34 knots or greater, have been blowing debris onto the roads and causing dangerous driving conditions all day on Friday -- Check out this video of the wind gusts in Hampton Roads here!

In addition to the tornado watch, flash flood watches and severe thunderstorm warnings are in effect throughout the region. The Weather Channel is predicting strong winds up to hurricane speeds of 60 to 80 mph and 1.5 inches of rain with more in some areas.

The strong winds are creating dangerous situations for drivers as there is debris in the roads and a possibility for downed trees. Do not let your guard down as the strong winds are likely to cause power outages, so make sure you're stocked up on your essentials such as water, flashlights, and/or candles, and plenty of packaged snacks.

Here is the current radar which is predicting rainfall for Hampton Roads around 11 p.m. 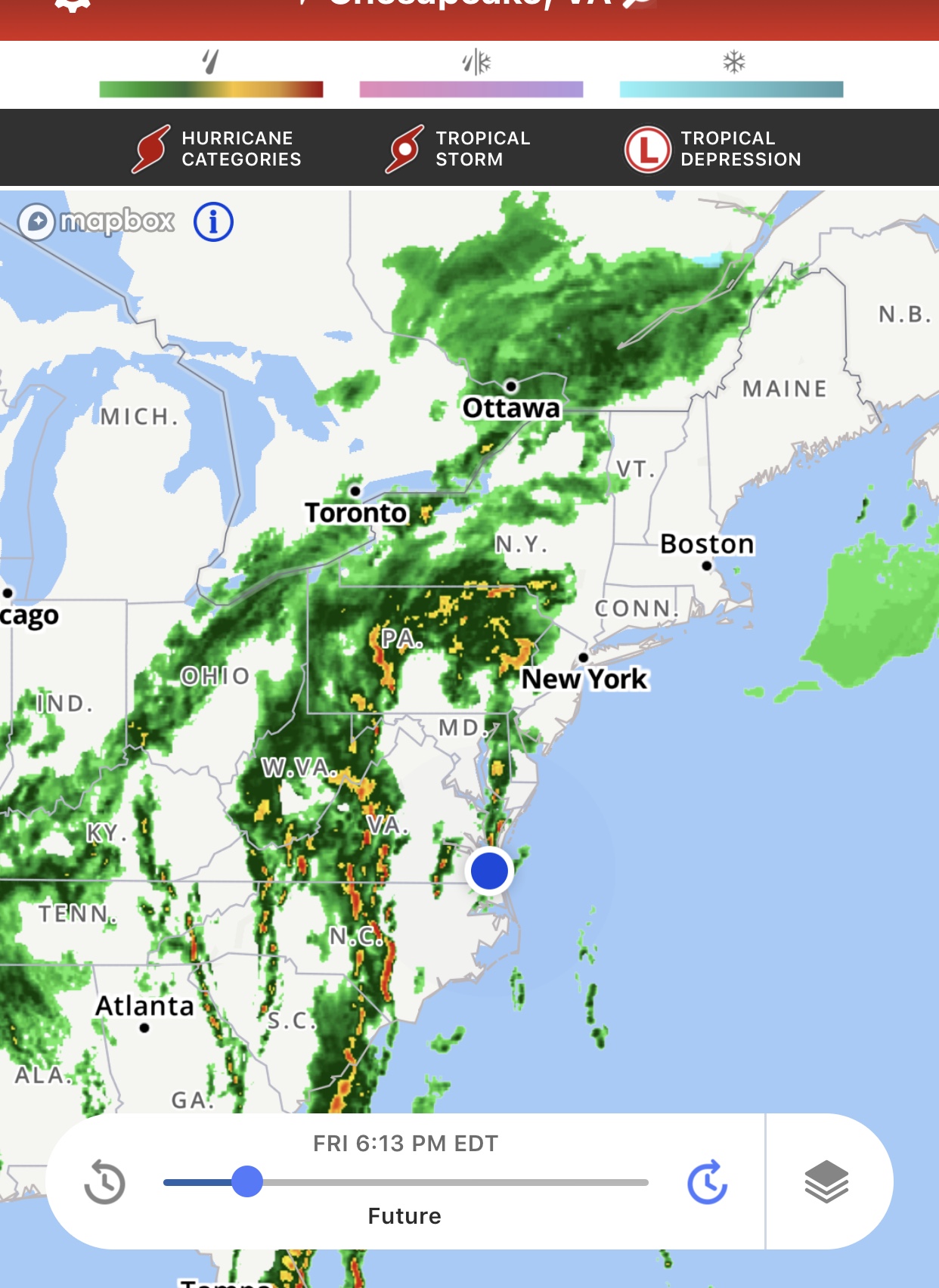 "Our biggest risk is with the second batch of storms. This system will most likely be worse than last Sunday. That system's dynamics were to the north of us. This one will be right over us. Certainly, don't let your guard down," Eric Seymour, a forecaster with the National Weather Service, said.

Storms are very unpredictable so it is advised to be prepared for anything -- Check out the list of weather warnings here!

Do you think we will get rain later this evening? How bad do you expect conditions to be? Tell us in the comments!