Traffic Alert: DC Road Closures for the State of the Union Address on Feb. 4

Traffic Alert: DC Road Closures for the State of the Union Address on Feb. 4

As the Capitol shuts down to host the State of the Union Address, here are the road closures you should know about if you're driving in D.C.

Tourists and commuters alike should be on the lookout for detours and an increased presence of Capitol Police officers directing traffic in the Capitol Hill area on the evening of Tuesday, February 4.

The streets around the U.S. Capitol complex will be closed from 7 p.m. until the conclusion of the State of the Union. The national address is slated to start at 9 p.m. in the Chamber of the House of Representatives. 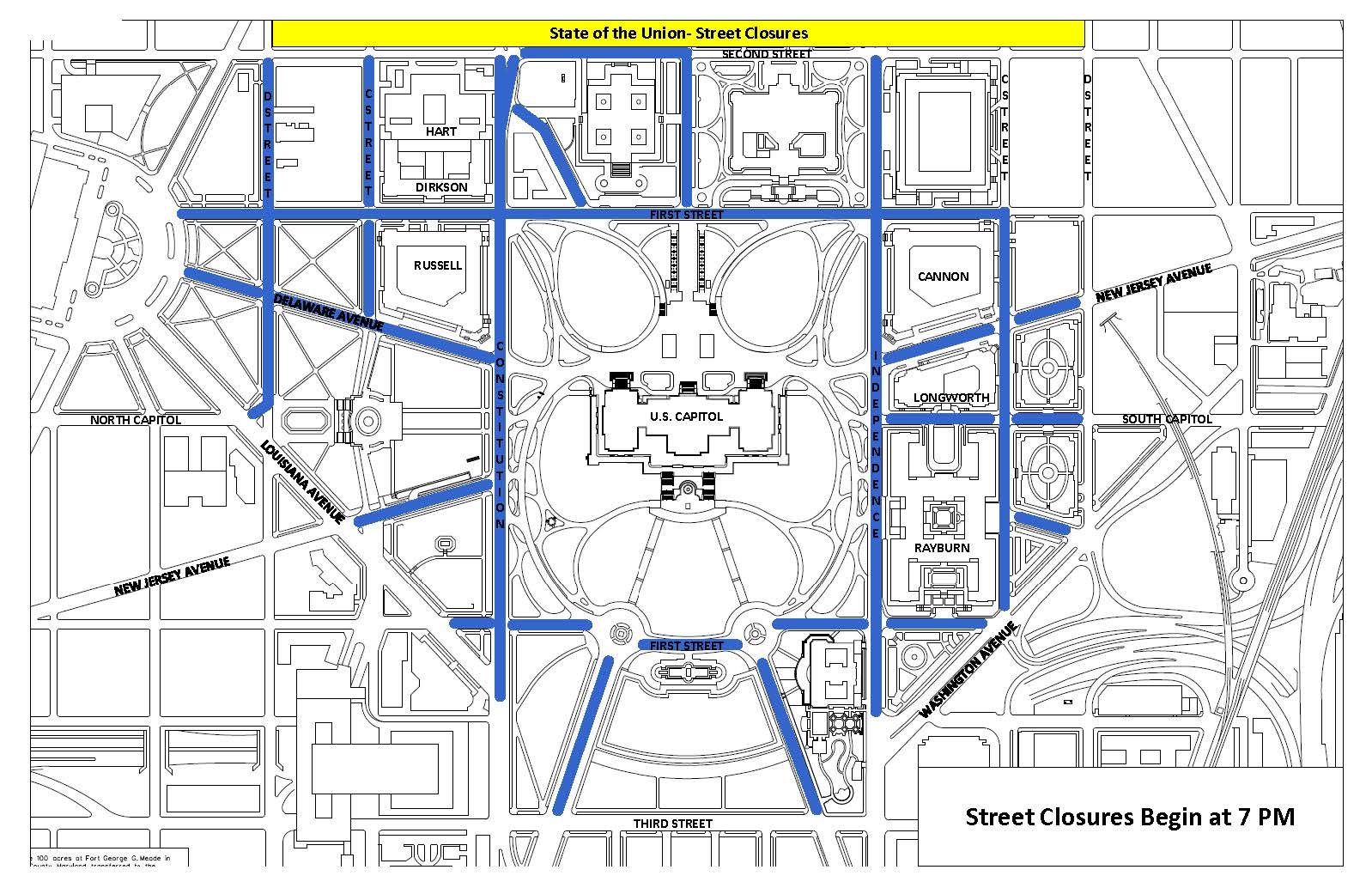 Courtesy of the U.S. Capitol Police

The main roads which will be closed include:

If you're in the area as a tourist, expect additional security in the entire Capitol Hill neighborhood. Road closures that have a domino effect will often create additional detours outside of the planned perimeters, so your best bet is to be nowhere near the area by 6:30 p.m. if you're driving.

Additional restrictions will be in place for the U.S. Capitol complex, including the suspension of all tours starting at 12 p.m. on February 4. The Visitor Center will also be closed at noon for the general public. The Capitol will open for tours again at 8:30 a.m. on February 5.

Access to the Capitol complex after 5 p.m. will be limited to members of Congress and their spouses, invited dignitaries, pre-approved media representatives, and invited guests.

For more information, check out the official press release from the U.S. Capitol Police.