Protestors who self-describe as “climate rebels” will be out in full force on Monday, Sept. 23, blocking streets and intersections around the District and snarling traffic to get action on the issue of climate change.

As if Mondays aren’t bad enough in the D.C. area, this coming Monday you might want to stay home. Self-described “climate rebels” will be out in full force, blocking intersections around the District to get action on the issue of climate change. Shutdown DC is a coalition of 14 organizations that have banded together in this protest to demand lawmakers pass legislation to address climate change.

The event culminates with a month of activities that included Swedish activist Greta Thunberg speaking to Congress, educational seminars, and trainings for the upcoming shutdown. Shutdown DC preludes a global shutdown on October 7 in Paris, London, Madrid, New York City, and Amsterdam. The goal of the shutdown is to disrupt business as usual and force legislators to take up laws like the Green New Deal. Some of the local organizations participating in the protest include Chesapeake Climate Action Network Action Fund, 350 DC, Code Pink, Extinction Rebellion DC, and Black Lives Matter DC.

The group is planning on obstructing key intersections in downtown DC, influenced by a map pinpointing the offices of energy lobbyists and key government offices. 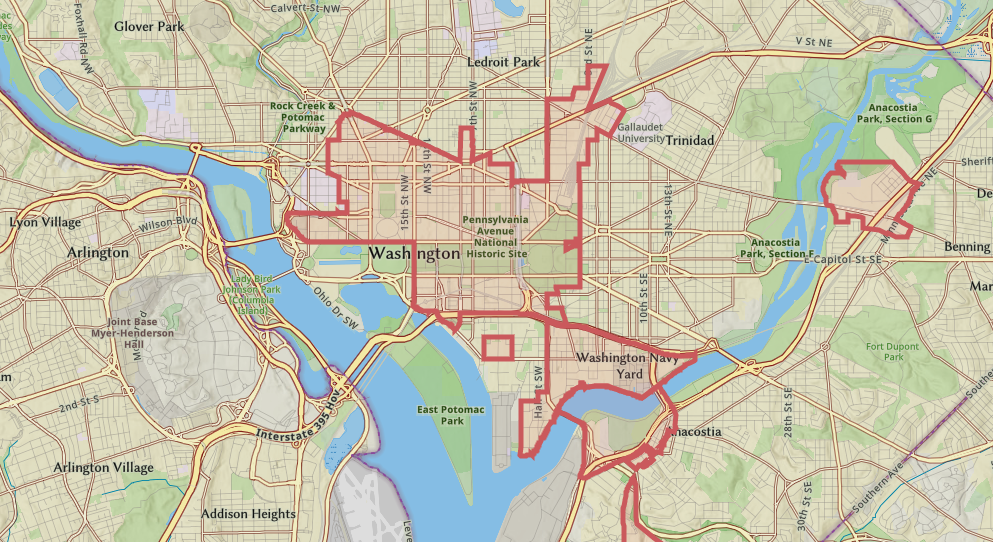 A group of Shutdown DC activists held a trial run on Wednesday, September 18, near the Friends Meeting House and marched to Congress on Friday, September 20.

The activists have not given an actual list of which streets they intend to block on Sept. 23. 2019, but say they are focused on the downtown area. They do have a list of meetup locations posted on their website that might give you some clues.

What does that mean for you if you work in the city? You may just want to be aware and allow for extra time, or you could opt to work from home. On the Shutdown DC website, the group is asking people to sign the pledge and forego work or school on September 23.

Are you going to stay home on Monday or just hope for the best? Tell us in the comments!