The latest Netflix show, Unsolved Mysteries was created to find people that may have the answers to unsolved cases. So, c’mon Baltimore—Let’s figure out what happened to Rey Rivera!

Netflix has given the public a chance to solve a mystery in its latest show, Unsolved Mysteries, and the first episode ("Mystery on the Rooftop") focuses on a death that happened right in Baltimore, Maryland. So DMV, are you ready to accept Netflix’s challenge? Let’s see if we can find out what happened to Rey Rivera.

In May 2006, Rey Omar Rivera was a young man with a bright future ahead of him. He had just married the love of his life, Allison, and moved with her from Los Angeles to Baltimore for a job with his childhood friend, Porter Stansberry. 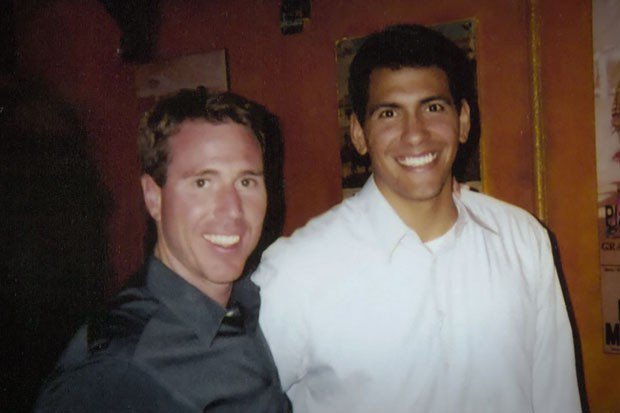 However, on May 16, 2006, Rey disappeared. The 32-year-old left his home while his wife was on a business trip and then never returned. Eight days later, friends and family found his body in an abandoned area of the famous Belvedere Hotel. Above Rey’s body, there was a hole in the roof. Although the police believe Rey fell through that hole, the case wasn't that simple. Rey's death was a mystery to all, and it remains one to this day.

Here’s a look at the timeline according to the docuseries. See if you can put together the missing pieces.

The Days that Followed

Take a look at the evidence and facts presented in the Netflix episode, and see if you can figure out what happened.

Who was responsible for the death of Rey Rivera? Review the evidence and watch "Mystery on the Rooftop" to help solve his case. #UnsolvedMysteries pic.twitter.com/h4srqlGAbe 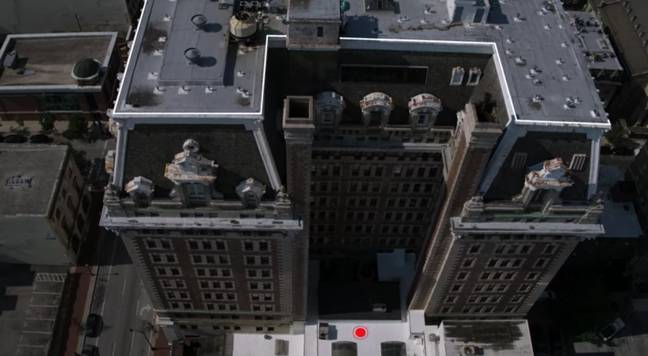 Red circle marks where the hole was on the lower roof. Rey's body was found in the room below the hole.

The police had three theories when they were investigating Rey’s death. The first was that he was pushed, or he fell off the top roof of the Belvedere and went through the lower roof, 10-11 stories down. However, the distance from the Belvedere to the hole was 45 feet and virtually impossible to make, even if Rey had been running before jumping off.

The second theory was that Rey fell from the adjacent parking garage. This was discounted though because the top of the garage roof was only 20 feet high and 20 feet away from the hole. The injuries Rey suffered were too intense to have been caused by a 20-foot fall. Thirdly, police contemplated the idea that Rey fell off an 11th-floor ledge that wrapped around the Belvedere. However, to get to those ledges, Rey would’ve had to go through a condo, room, or office, and no one in the building ever saw him. The windows of the building were also half windows and a lot of them did not open.

What the Public Has Found So Far

Netflix has been flooded by tips regarding the Rivera case, and they’ve forwarded all the leads to the police. One of these tips involves the letter that the Rivera family found. Reddit user /zumalightblue found a connection to the events of Rey’s death to a movie he referenced in his letter, The Game. In this 1997 film, a man is tricked into believing his life is falling apart and he jumps through a glass roof to what he believes is death. However, it’s all a scheme to get the man to look at life differently and to appreciate what he has.

Could Rey have been reenacting this scene from the film?

Unsolved Mysteries co-creator, Terry Dunn Meurer, said, “I spoke to [his wife] Allison Rivera about that. She spent a lot of time with that note, as did the FBI, just going through the note trying to figure out if there were any clues or anything else in there. She doesn't place any significance on the movie The Game. Rey liked a lot of different types of movies. He was just a guy who was interested in everything. If he had only ever left just that writing or if it was the only thing he had ever written randomly, then people would be a little bit more suspect. But this is what he did all the time. He kept so many journals full of random writing. Allison feels that she's been through all the journals just trying to find any clue that could help her figure out what happened to him, and she couldn't find any real or strong connections in The Game."

So DMV, what do you think? Rey’s wife believes Rey “turned over a rock he shouldn’t have turned over.” Do you feel the same way? Do some research and see if you can help solve this unsolvable mystery. Let us know what you find in the comments. And, if you find (or know) something that could help solve the case, please reach out to unsolved.com.