As Inauguration Day events unfold, many roads and bridges around the area will be closed or restricted.

Anyone heading to the city should be aware of the complete vehicle restrictions around the National Mall, monuments, and the White House. We've all experienced the "regular" restrictions on big demonstration days, but the overall perimeter has been extended out by a few blocks in each direction to allow for enhanced security.

In addition to local road closures, the following bridges remain closed for the entire day, until approximately 6 a.m. on January 21:

You basically want to avoid entering D.C. from the south. Even bridges that are open, like the Key Bridge, will have restrictions on the other side, and you may end up in a major backup, miles from where you are trying to go.

For local residents leaving the city, your best bet is likely to go "up and over" into Maryland or get to the Beltway to head into Northern Virginia.

The Secret Service put out this information about the perimeter set up to show people what locations to avoid. It's important to note that the "restricted access" roads are for official security vehicles only. 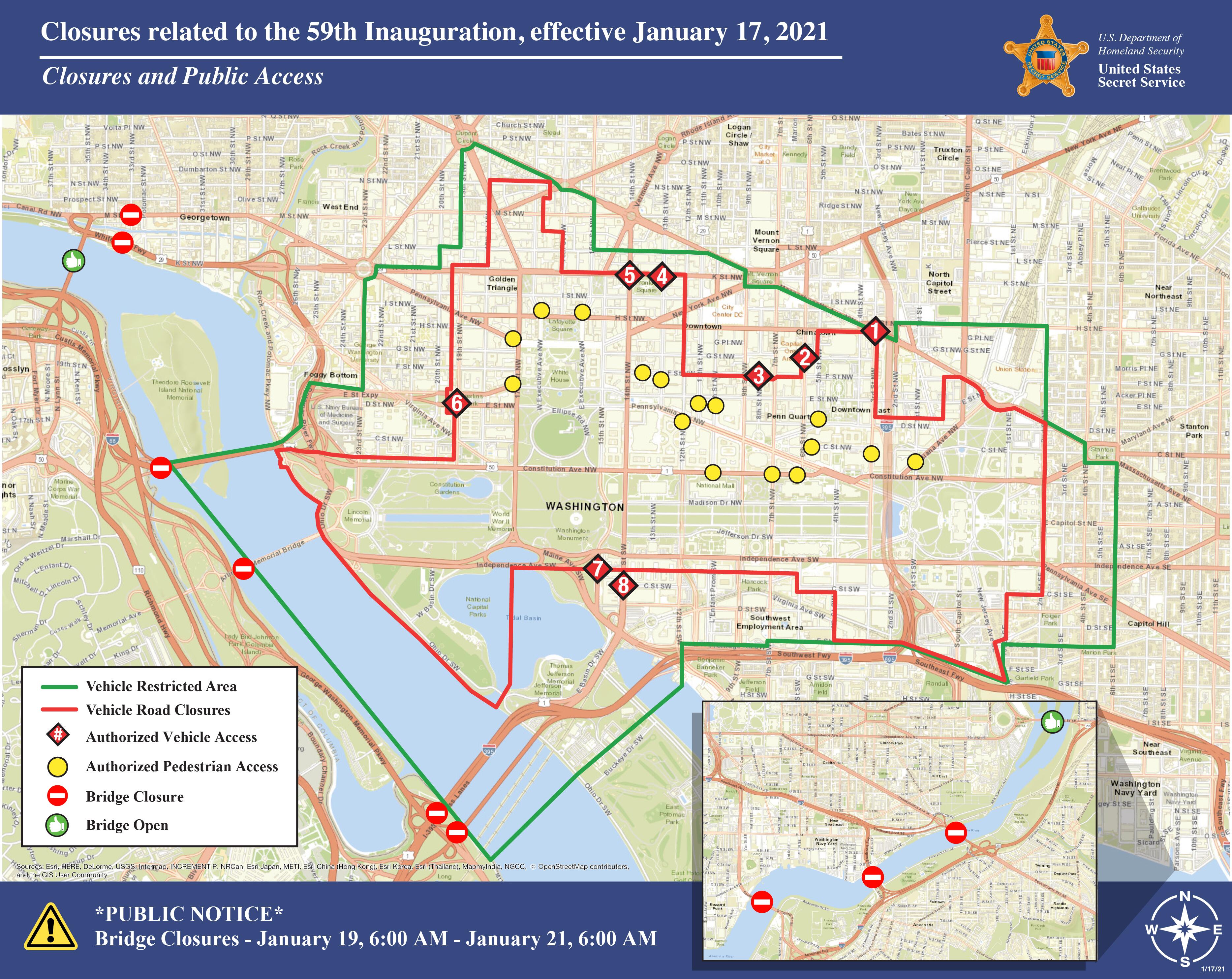 If you live, work, or plan to visit the Washington, D.C. area during #Inauguration2021, check out the latest road closure map. Stay up-to-date on #Inauguration security information: https://t.co/rQ0TwUnbJc pic.twitter.com/sYV3BBr4yK

For more information about fluid road closures or current restrictions, check out the official Twitter feed for the D.C. Police. They'll be updating the public throughout the day with all of the latest information.

Good morning, DC! Our MPD members and law enforcement partners are ready for a safe and secure 59th Presidential Inauguration!!

Are you going into the city for Inauguration Day? How have you modified your travel plans? Let us know in the comments!