The dog and his owner had a tearful reunion after almost four months apart.

A Baltimore man badly injured in a fire last year has finally been reunited with his dog. The unidentified man was one of five people injured in a three-alarm fire in the Park Heights neighborhood last October. His injuries were so serious, he was forced to spend more than a month in the hospital. Baltimore animal shelter BARCS came to the scene of the fire and took Barak back to the shelter with the understanding they would care for him until his owner was released.

Normally, BARCS serves as a temporary shelter, only allowing pets to stay up to one month. After Barak’s owner was admitted to the hospital, shelter staff learned he might be hospitalized longer than a month. He was suffering from severe burns and at one point was put into a medically induced coma. Emergency personnel told the staff how upset he was about being separated from his dog and his wish to be reunited with him as soon as possible.

In a twist of fate, the pandemic had increased the number of families willing to foster animals, freeing up space at the shelter. The staff agreed they had to keep Barak and take care of him until his owner was able to claim him. During his stay, Barak was fed, walked, and loved by the staff and other dogs. 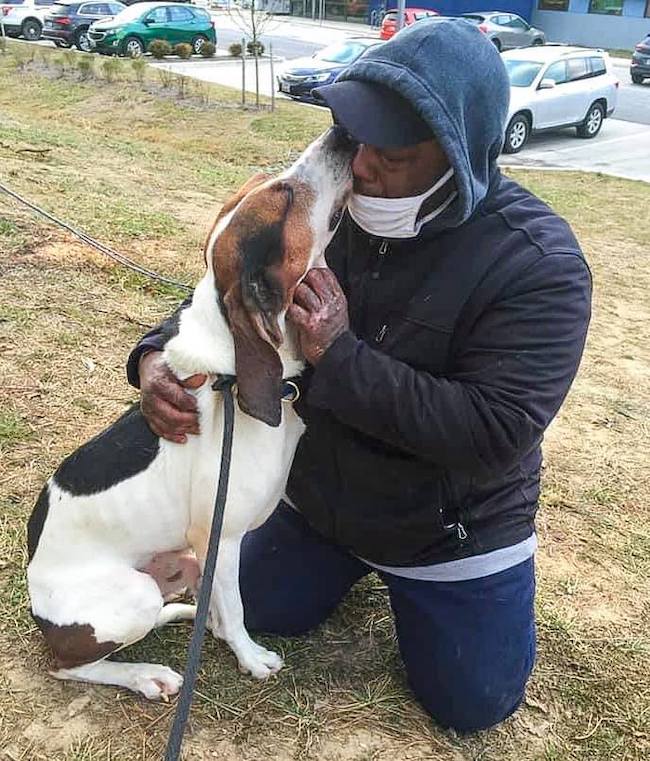 After Barak’s owner was released he was faced with another big obstacle, finding a place to live. The townhouse where the fire occurred was a total loss and he needed to find a place to live that accepted dogs. Nearly four months after the fire, Barak’s owner finally found a new home and came to BARCS to pick him up. The shelter posted a picture of the reunion on their social media pages. The sweet picture generated a huge response, including donations to the shelter and Barak and his owner. BARCS is happy they were able to keep this family together.

If you would like to donate to the shelter or Barak and his pet parent, email [email protected].