VIDEO: A Shark Was Spotted Swimming in Shallow Water at the Virginia Beach Oceanfront

VIDEO: A Shark Was Spotted Swimming in Shallow Water at the Virginia Beach Oceanfront

Some vacationers captured the footage of the shark on video and posted it to Facebook.

The Hampton Roads ocean waters have been experiencing some interesting occurrences lately – Just recently, we reported about the water at Ocean View Beach in Norfolk containing a flesh-eating virus, and now, a shark has been spotted at the Virginia Beach oceanfront!

T'keyah Morton, who was on vacation in Virginia Beach at the time, captured a video of the shark swimming close to shore in shallow water on Sunday, then posted the video of the occurrence on social media that same day. It currently has over 1,000 views, 500 comments, and hundreds of reactions.

Morton told OCN, "My husband, daughter, and I woke up early to take a walk along the shore before a lot of people arrived. As we were about to step into the water a lady yelled, 'That's a shark!' We quickly ran back several feet, and I began recording. I was amazed to see such a beautiful creature swimming so close to shore. We vacation there every year, and we typically only see the sharks when we go on boat rides out farther in the ocean."

We agree with you, T'keyah! Sharks are beautiful creatures, and this was a very scary but rare occurrence in our city! We wonder if there will be more sightings this summer!

Many of the commenters are questioning whether it was really a shark or simply a dolphin. Matthew Klepeisz, a Virginia Aquarium employee, cleared the air and specified that because of the distinct caudal fin and sharp upright dorsal fin, it is, in fact, a shark.

Since the story has sparked such an interest, The Virginia Aquarium posted a map of where sharks can usually be seen around the Virginia Beach oceanfront. The red line indicated where the sharks can be found: 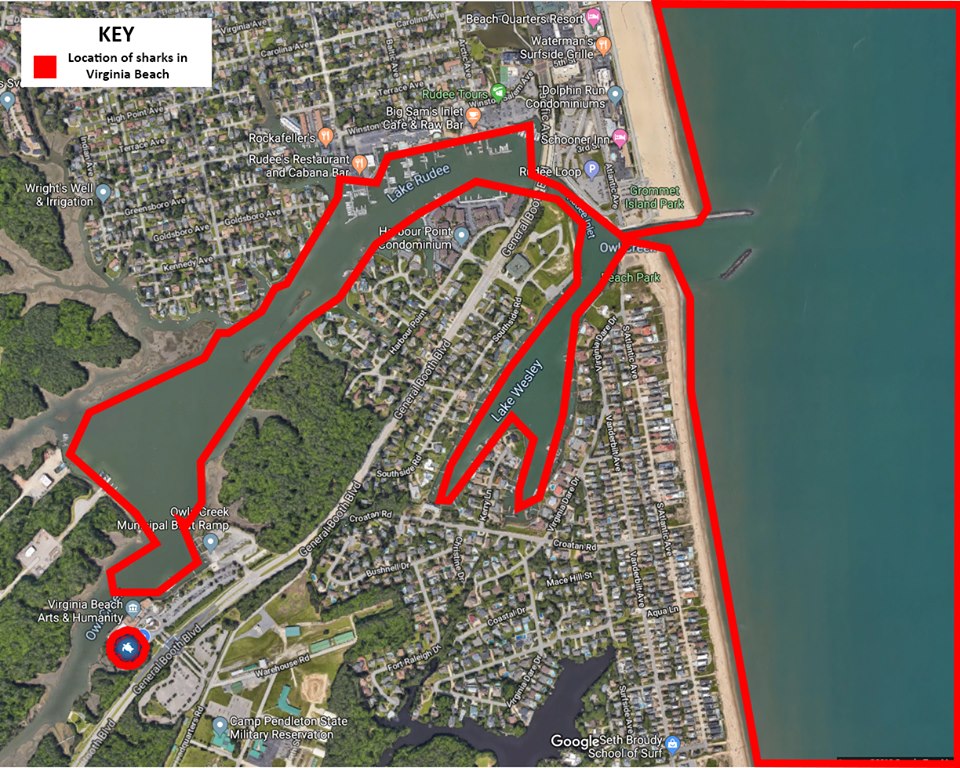 If you see a shark in the water, do not approach it! Always make sure to swim with other people during the day and leave your jewelry up on the beach.

"I like sharks and I had mixed emotions," Morton told us. "I was excited to see the shark but a little frightened to get in the water on future trips."

Morton stated that she will "definitely" avoid going swimming for a while.

Have you seen a shark on your vacation? Tell us in the comments!