The bipartisan agreement will replace the aging, obsolete bridge and ease congestion in one of the busiest areas in the region.

Maryland Governor Larry Hogan and Virginia Governor Ralph Northam have announced plans of a new accord to rebuild the American Legion Bridge and improve travel on the Capital Beltway. The Capital Beltway Accord was announced by the governors at the Capital Region Transportation Forum on November 12, 2019, in Washington, D.C.

The American Legion Bridge was built in 1962 and has experienced growing traffic counts ever since. Today nearly 235,000 vehicles cross the bridge each day ,making it an integral part of travel in the region.

“Our transportation network cannot function without fixing the American Legion Bridge, I-495, and I-270,” said Maryland Secretary of Transportation Pete Rahn. “Without these improvements, our horrendous congestion will only get worse. I commend Governors Hogan and Northam for reaching this historic agreement that will have lasting benefits for our region for decades to come.” 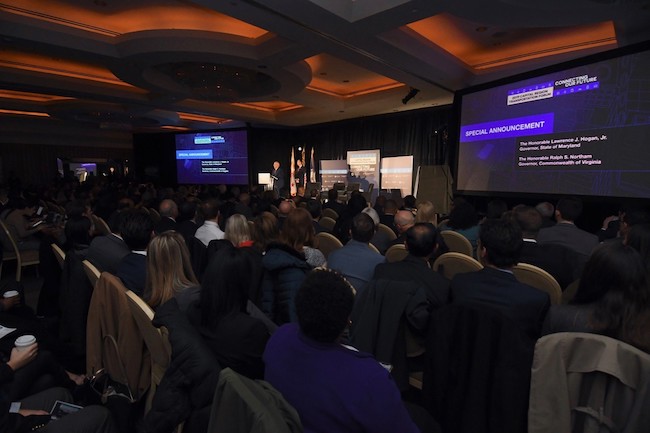 The project will be funded by a public-private partnership, with Maryland paying for about 80 percent of the regular lanes on the American Legion Bridge and Virginia covering the other 20 percent. Each state will fund half of the cost of the Express Lanes on the Bridge.

The Express Lanes on the bridge will operate on dynamic prices, just like the new 395 Express Lanes in Virginia. The project isn’t slated to start until 2022 and will take about six years to complete.

Do you wait in traffic or pony up for the express lanes? Tell us in the comments!