In the past few months, more than 700 letters have been delivered to the fairy mailbox.

This past July, a new group of residents moved into a neighborhood in Suffolk, Virginia. But their new home isn't in standard suburban fashion—the newcomers live beneath a crape myrtle tree, with tiny buildings and mushrooms sprawling out alongside the sidewalk below. A small wooden door (shaped like a piece of bread) set into the smooth bark notifies passers-by that fairies live there.

Then there are two mailboxes. One welcomes letters addressed to the fairies, and it seems perpetually stuffed with correspondence. The other mailbox is outgoing with responses from the Fairy Godmother, Fairy Queen Lysandra, Tinker Bell, and other fey-folk. In the vicinity are cedar tables and chairs where neighborhood children write and draw with pen and paper for their fairy friends.

In what is surely a pleasant coincidence, the fairy tree village sprouted up right beside the home of Lisa Suhay. Suhay, 55, is a journalist and children's book author, as well as a mother of five children. In the time since, Suhay has aligned herself with the fairies as "The Lady of The Book," charged by Fairy Queen Lysandra to catalog all of the correspondence between Human and Fae.

In the past few months, more than 700 letters have been delivered to the fairy mailbox. They come from local children, kids from farther away like Virginia Beach, and many from Old Dominion University down the street. Children flock to the fairy tree dressed in princess gowns and pixie wings.

A whole mythology around the fairy village has sprouted up that includes pixies, elves, gremlins, hobgoblins, and trolls. It's the magic of the Gizmodo Gremlin, after all, that enables the fairies to receive emails from the Fairy Pen Pals website. There's also a troll that drives a car with a license plate that reads, "RONA."

"Welcome to Fairy Tree where everything is free. There is no charge for visits, letters, love, or magic here. This is a labor of love that began when the children of the world cried out in sadness during the lockdowns of the pandemic in 2020.

​The Fae have come back to our realm to help everyone find their Happy Thoughts. When you leave a letter at Fairy Tree the fairies, elves, gremlins, trolls, hobgoblins, The Muse and even a Fairy Godmother take turns replying with a paper letter the very next day."

Only the fairies know all of the secret wishes, venting, confessing, and yearning written in letters to the fairy village. But Associated Press News' “One Good Thing” series reports on a few letters' contents:

One child writes, “Can U please make the corona disappear very soon?”

“We are moving to Guam but will you still be my friend?” writes another.

One letter tells of a mother and teacher, who was crying, and asks, “Can you help her?” 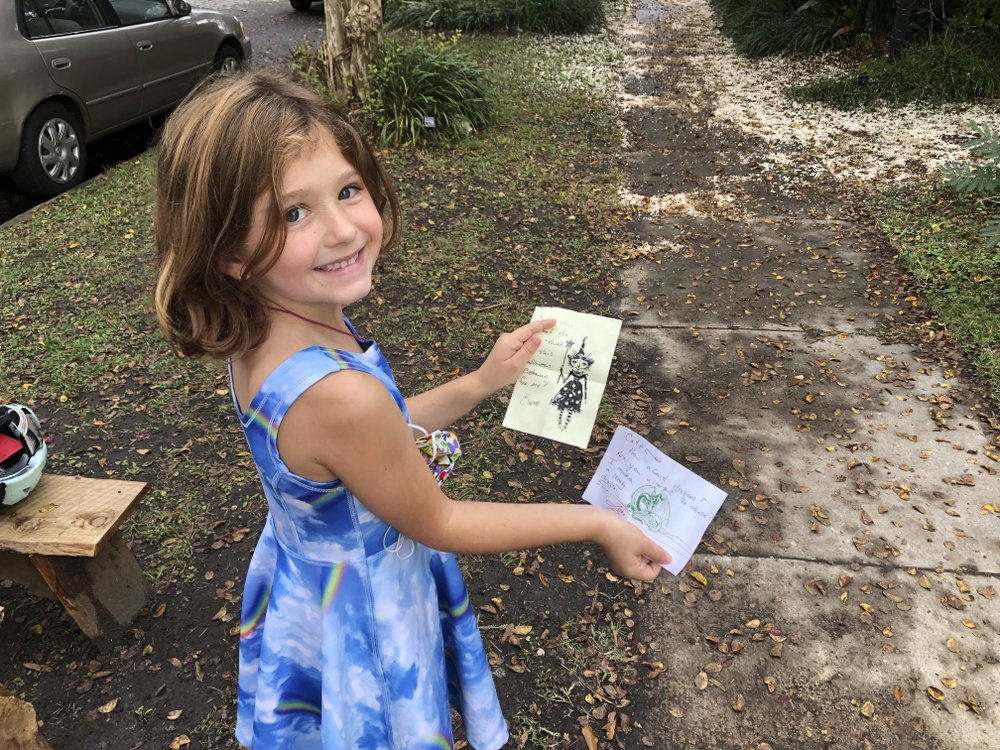 Some letters express gratitude, or wish for peace, or complain about school, or demand to know if the fairies are real.

“Dearest Queen Lysandra, I’m sorry I ever doubted you,” reads what must be one of multiple letters exchanged.

Some writers are older than children and express worries and insecurities. One writer thanked the fairies for advice on breaking up with a "toxic" boyfriend, exclaiming "I've never felt so free!" 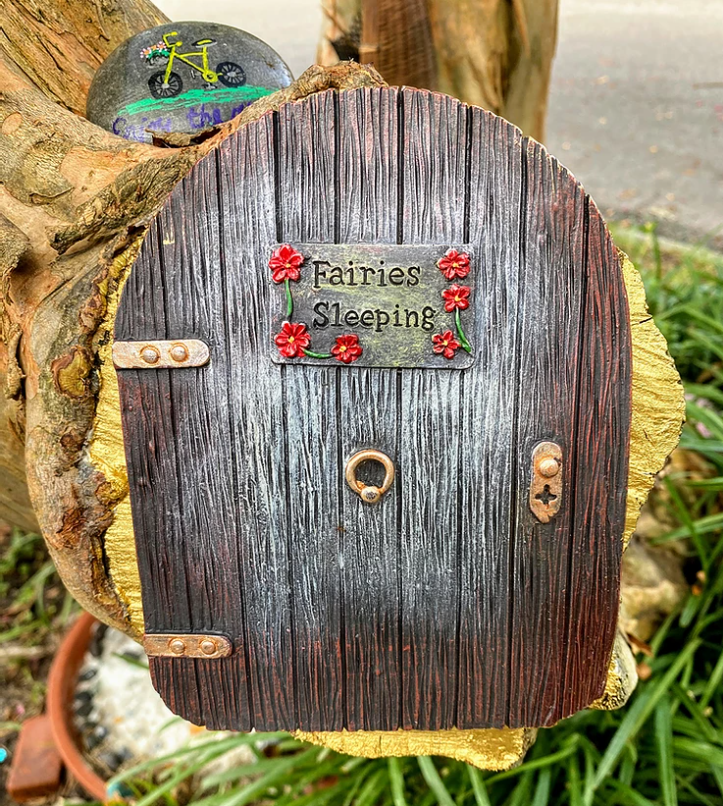 The Fairy Pen Pals website also features a section on developing the Fae hospitality sector in your neighborhood. The site reads:

"Of course, the Fae make their own homes, but the way to invite them to stay at your place is by giving them the universal signal of creating a fairy door. If you build it they will come.

Also, think about this. Do all humans construct their own homes or do they move into homes made for them? Fairies and elves in the modern world are always interested in moving into places created especially for them. They are very grateful."

What would you write to the fairies? What's your reaction to their sudden appearance? Leave a comment!