The public is invited to watch a special livestream event on Monday, December 7.

The coronavirus pandemic has changed the way we observe many of the events honoring our nation’s heroes. This week marks the 79th anniversary of Pearl Harbor Day and the Virginia War Memorial has found a way for everyone to participate in a safe way. On Monday, December 7, at 11 a.m. EST, the museum will air a livestream program that includes a remembrance, historical seminar, and a screening of the documentary World War II: Pearl Harbor. The event is free and open to the public.

National Pearl Harbor Remembrance Day or Pearl Harbor Day commemorates the attack by the Japanese at Pearl Harbor on December 7, 1941. The surprise attack on the naval base in Honolulu, Hawaii, killed 2,403 people and was the catalyst for the United States declaring war on Japan. There is a permanent memorial in the water over the sunken remains of the U.S.S. Arizona. The shipwreck serves as the final resting place for 1,102 servicemen killed during the attack. 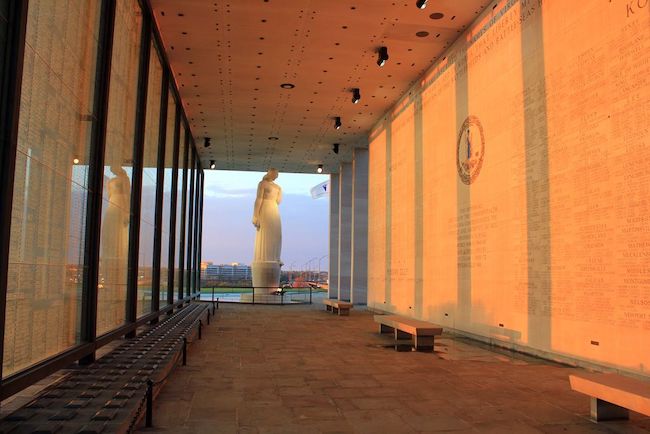 The Pearl Harbor Day event at the museum will open with remarks by the director of the Virginia War Memorial, Clay Mountcastle, and will be followed by a special edition of the museum’s monthly program, “From the Archives”. Museum archivist Heidi Sheldon will uncover details of the attack on the U.S. Pacific Fleet, highlighting materials from the museum’s collections. After the program is finished, the documentary will air—it's part of the museum’s series “Virginians at War” and details personal accounts from Virginians who were there on that day.

If you want to view the livestream you can visit the museum’s social media pages or sign up for the webinar via Zoom.