In Roanoke, Virginia, Suttie Economy has made a name for himself passing out packs of Juicy Fruit gum to people on the street, in doctor's offices, and basically anywhere he goes. His love for the chewing gum dates back to his service in World War II when Juicy Fruit became quite popular with the U.S. Armed Forces. According to the Mars-Wrigley website, due to war-time rationing, the company decided to pull its product off the shelves and commit all of it to the United States military in 1944.

Ever since he returned home, Economy, now 94, has shared his passion for the gum with his community, passing out packs everywhere he goes.

In an interview with CNN, his brother John Economy said, "It served as a symbol for his mission to talk to people about the World War II memorial and to honor the deceased veterans that died for our freedom."

Nearly a month ago, Economy was admitted to the Salem Veterans Affairs Medical Center due to a heart condition. He was later moved to the Virginia Veterans Care Clinic, and last reported, his condition is improving. But that presumably got him thinking about plans for the future. He called long-time friend and President of Oakey Funeral Service, Sammy Oakey, and requested that his casket be painted to look like a pack of the Juicy Fruit gum he was so well-associated with.

At first the request was denied by the Mars-Wrigley company on August 26. Registered trademarks can be a tricky thing, after all. But following an outpouring of support on social media, the company came around and granted Economy's wish. They donated 250 packs of Juicy Fruit gum to the Economy family and said they would be proud to have their logo on the casket.

"We appreciate the role our products have played in creating better moments and more smiles for this individual and the Roanoke community." 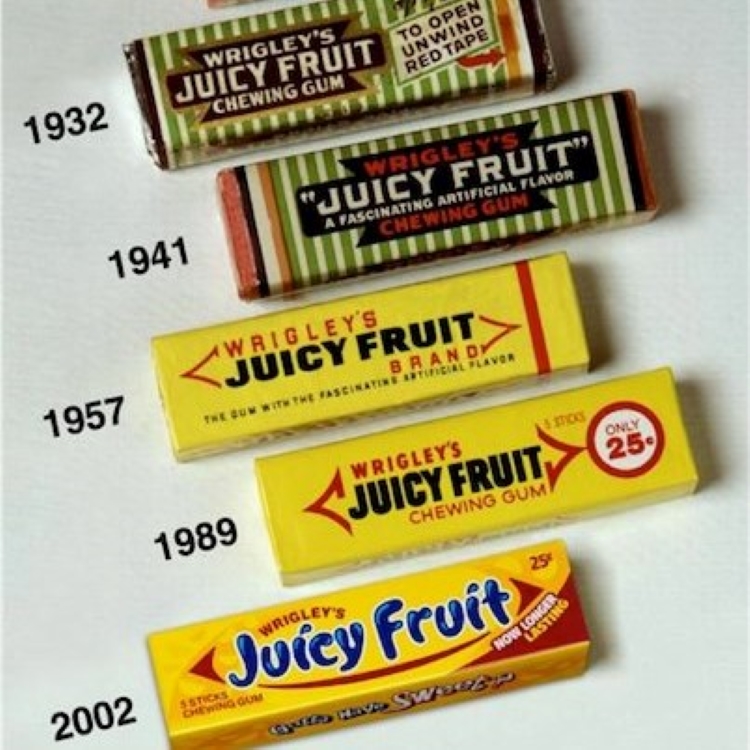 Mr. Economy has a lot to choose from—packaging styles date back to 1905! (Facebook)

Not only were Economy and his family very pleased with the announcement, but so was the community at large—as expressed on Oakey Funeral Services' Facebook page.

Shannon Clingenpeel Riley said in a comment, "He is one of the most amazing people I will ever probably meet in my lifetime. And I have never once had an encounter with him to where he did not bring me a pack of juicy fruit. This makes my heart so happy!!!!! (sic)"

No plans have been made for when the casket will be painted, but the family will be contacting an artist soon. Regardless, Suttie Economy—the Juicy Fruit man—can rest easy knowing that his final resting place will look like the packaging of a product that has meant more to him over the years than just a stick of gum.

How do you feel about Mr. Economy's mission? Would you take candy from this stranger? Let us know in the comments!