The monument has been closed to visitors since August 2016.

The Washington Monument at the National Mall will reopen in August, three years after it closed for repairs. The monument elevators were in need of a redesign, and the park service also installed a new security screening facility. During renovations, contractors discovered contaminated soil at the base of the monument, which will also be remediated. All renovations should be completed in August, near the end of the summer tourism season. 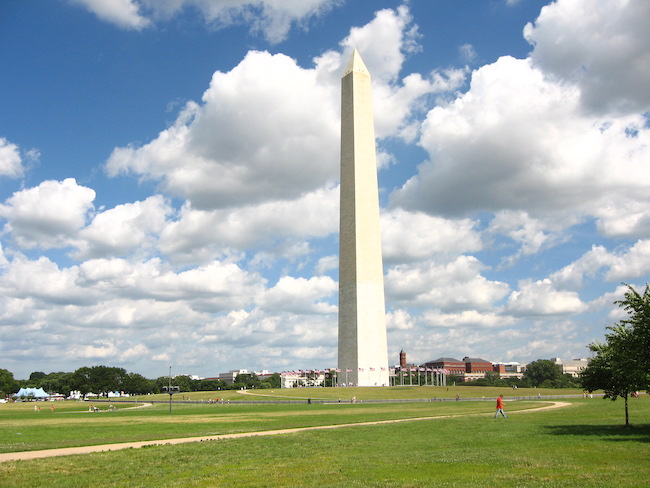 The a 555-foot-tall structure was built to memorialize George Washington, the nation’s first president. Constructed from Virginia marble and capped with an aluminum cast apex, the monument was damaged in the 2011 earthquake. It was repaired and reopened in 2014, but continued to have problems with its archaic elevator. In 2016, philanthropist David M. Rubenstein donated $3 million dollars to modernize the elevator.

“The Washington Monument is one of our nation’s most iconic structures. It is one of many monuments in Washington, D.C., that is important in telling the story of America’s rich and diverse history,” said Jonathan B. Jarvis, Director of the National Park Service. “Mr. Rubenstein’s continued support for the Washington Monument will ensure generations of visitors can safely enjoy this historically significant monument for years to come.”

Rubenstein’s gift enabled the park service to add an electronic diagnostic system, install landings every 30 feet, and refurbish the elevator cab, gears, and cables. Soil at the base of the monument dating back to 1880s will also be remediated prior to the reopening in August.

Tickets for the Washington Monument are free and available the day of.

Have you been to the top of the Washington Monument? How are the views? Tell us in the comments!