You Can Now Use Your iPhone to Pay Metro Fare

You Can Now Use Your iPhone to Pay Metro Fare

The new system creates a new contactless way to pay fares for regional trains and buses.

People now have an easier way to pay and ride mass transit in the D.C. area. On Tuesday, September 1, the Metro announced the implementation of SmarTrip, an iOS-based app that allows users to use an iPhone or Apple Watch to pay and ride mass transit. The system is the first of its kind in North America and will work at all Metrorail stations in Virginia, Maryland, and D.C.; Metrobus, and 10 other bus transit systems in the region. Riders can pay for fares through Apple Pay and avoid having to use vending machines at Metro stations.

The app will also let users move quickly through turnstiles without having to “wake” the phone or enter passwords.

“Residents in the Washington, D.C., area who rely on SmarTrip now have a safer way to pay for their rides using just their iPhone or Apple Watch,” said Jennifer Bailey, Apple’s vice president of Apple Pay. "By adding their SmarTrip cards to their Apple devices, riders can take advantage of this ‘tap and go’ experience and also be assured that their transaction information is secure and private." 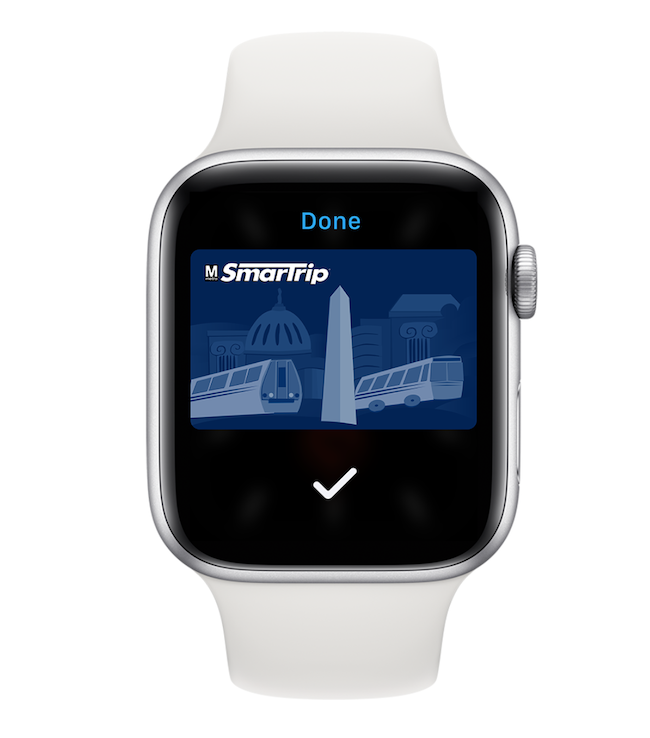 To use the new system, visit the Apple App Store and download the “SmarTrip” app. Once you’ve downloaded the app, you can assign any plastic SmarTrip cards you have to the app and use Apple Pay to load additional fare onto your card. The virtual SmarTrip card will then be available for use in your Apple Wallet on your device.

SmarTrip is available now and can be used at 91 Metro stations, all Metrobus route,s and regional bus systems, including Loudoun County Transit, and Potomac and Rappahannock Transit/PRTC, ART, DASH, Cue, Fairfax Connector, Ride On, TheBus and Circulator. SmarTrip can also be used to pay for parking at Metro and commuter lots.