You Could Participate in an Exciting New Documentary Coming to Baltimore

You Could Participate in an Exciting New Documentary Coming to Baltimore

If you've ever dreamt of seeing your unborn child through all stages of development, then this could be your chance.

Pioneer Productions is a multi-award-winning, independent production company from the UK, and they are coming to Baltimore in search of participants for a new documentary they have been commissioned to make.

“In The Womb plans to capture the incredible moments of human development in pregnancy in the most dynamic, cutting edge way ever visualized,” according to the sponsored article published on Baltimore Fishbowl.

The article goes on to explain that filmmakers want participants from all backgrounds who are less than eight weeks pregnant (12 weeks for multiples) and over 18 years old. Even if you're not pregnant yet, but you're trying, you could contact the filmmakers via email to express interest at [email protected]. They also welcome questions about the project at the same email address. 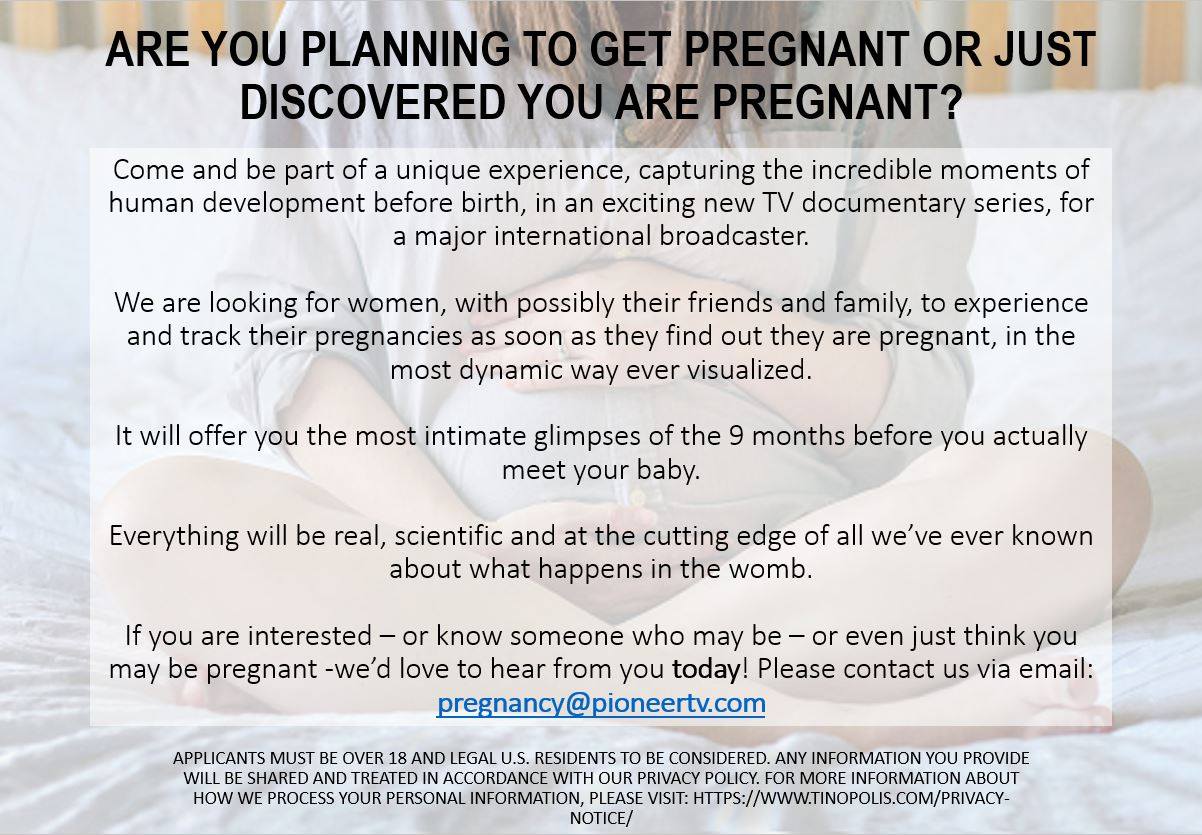 Pioneer Productions has already completed a similar documentary looking at the gestation of several animal species, including elephants, sharks, and penguins.

“We take cameras inside the extraordinary and hitherto unseen world of these animals in utero, following in step-by-step detail the process through which each individual species-specific trait develops.”

This new film, looking at human gestation, will offer expectant parents a previously-unheard-of opportunity to see their developing child or children. Filmmakers promise that everything they show is “real, scientific, and at the cutting edge of all we've ever known about what happens in the womb.” The process promises to track the full nine-month experience in a whole new way.

What do you think about this project? Let us know in the comments!