Your New Friends Are Coming to Denver, and They're Made of Legos

Your New Friends Are Coming to Denver, and They're Made of Legos

What are you waiting for? Let's LEGO!

We’ve all seen the incredibly insane and amazing Lego brick creations from across the world. From full-size Japanese cherry blossom trees to miniature church replicas, Legos seem to no longer be just toys, but an entire art medium. What used to be a hobby for Nathan Sawaya is now a full-time career. As one of the first people to have the title of LEGO Master Builder, I'd say he's brought back a classic toy for everyone to enjoy.

He’s created several pieces that are meant to delight and interact with the audience. His Hugman figures in New York City (pictured below) have caught the eye of young children to adults. Hugman isn’t just one size, one figure. It’s different colors, different sizes all hugging ordinary things we wouldn’t normally stop and look at. It’s an appreciation for ordinary things made out of ordinary bricks. 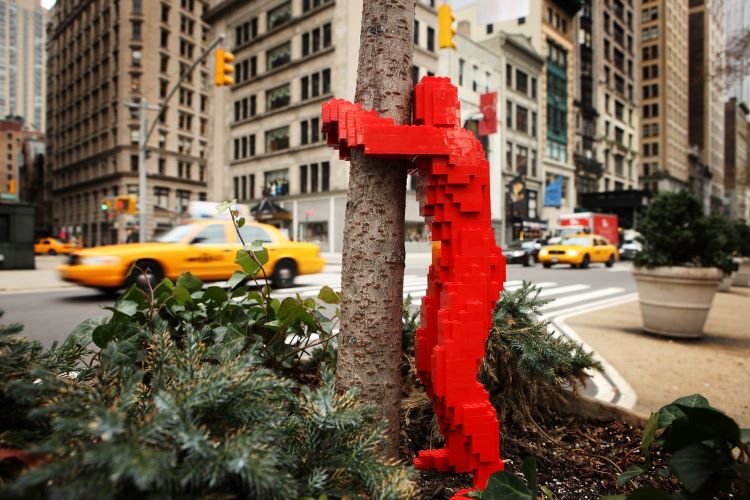 I mean, just look at him! Tiny little friends scattered around hugging trees and bicycles. Wouldn't you like a friend so wholesome? Luckily for us, we have six of these friends coming our way.

Sawaya’s Park People features six different monochromatic figures that simply have a seat on park benches. Each figure is modeled after Sawaya’s own form, making them look more human. These ‘park people’ are meant to be more than just accessible and Instagram-worthy, they are also meant to be a friend to just converse with or maybe tell your secrets to. After all, these aren’t real people, but Lego bricks.

An orange figure sits in a meditative pose allowing the visitor to also take a seat and meditate with them. Another green figure sits hunched forward allowing visitors to place an arm around them. Why make new friends this summer when you have these guys? Or even better, just slow down on your walk through 16th Street and snap a picture or two and enjoy the day.

From July 10 to August 27, Sawaya’s six monochromatic figures will ‘take a break' at Republic Plaza on 16th Street.

What do you plan to do with your new friends this summer? Let us know in the comments.