These might just be the most adorable bank robbers ever!

A man thwarted a bank robbery in progress last week in Redwood City, California, when he witnessed some intruders inside when he stopped by the ATM. The culprits? A pair of young raccoons.

He called for assistance, and the Peninsula Humane Society (PHS) & SPCA responded. Check out some of the photos PHS/SPCA took of the would-be bandits: 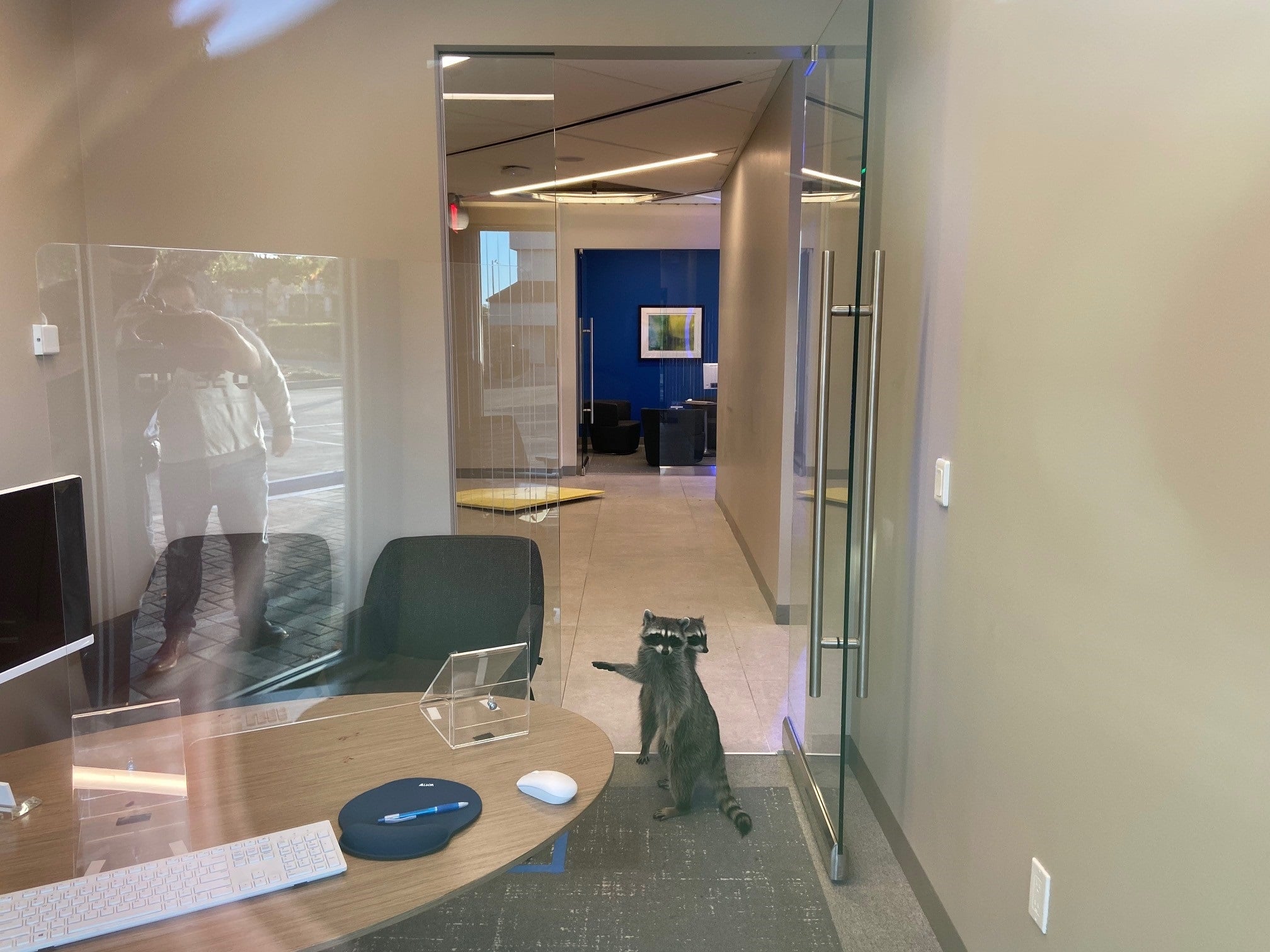 Animal rescue staff were let into the bank and, after a short chase, were able to contain the two raccoons. It appears that the animals may have climbed onto the roof from a tree next to the building, and then crawled inside through the air ducts. The duo did not get away with any cash, although they did leave behind some broken ceiling tiles and made a mess of some desks and papers—they even knocked over a computer.

“It’s not every day an animal organization gets called to deal with a bank break-in, but since the bank robbers were masked bandits of the wildlife kind, we were indeed the appropriate responders. The bank managers let our rescue staff into the bank, and after about ten minutes of chasing the raccoons around the bank, we were finally able to safely shoo them outside. They apparently didn’t want to leave the bank.”

No humans or raccoons were hurt in the morning’s escapade, and all in all, it was a normal day at the bank after that. The PHS/SPCA rescues thousands of animals both wild and domestic every year and were happy to help get these little intruders back to a safe place.

Of course, the internet loves the idea of the little masked bandits, with some commenters saying they are the cutest bank robbers they have ever seen. The story was even picked up by the Today Show.

What do you think? Are these masked little critters cute or do they make you want to run the other direction? Let us know in the comments.