We thought there could only be one Dennis Quaid in the world. But we were wrong.

Hollywood actor Dennis Quaid is adopting a cat from the Lynchburg Humane Society in Virginia. The cat's name? Dennis Quaid.

“We take in about 4,000 animals a year, so we really just try to come up with creative names and just not have the same name twice,” Danielle Ulmer, Adoption Center Manager with the Lynchburg Humane Society, told WSLS. “A lot of times if we watch a good movie or are super-obsessed with this book or this actor or something like that, we’ll just throw the names out there just to try to get more creative.”

Quaid (the actor) produces a podcast called The Pet Show, which focuses on "movers and shakers" in pet culture. And when he learned about Dennis Quaid the cat, it just seemed like a no-brainer.

"It was really off the wall, but I just couldn't resist," he said.

It took Quaid and his co-host Jimmy Jellinek some time to contact the shelter and convince them that they really were who they said they were, but eventually, they made connections and got to meet his feline namesake via video conference. This weekend, Jellinek will travel from Los Angeles to Lynchburg to accompany Dennis Quaid the cat across the country to his new home. 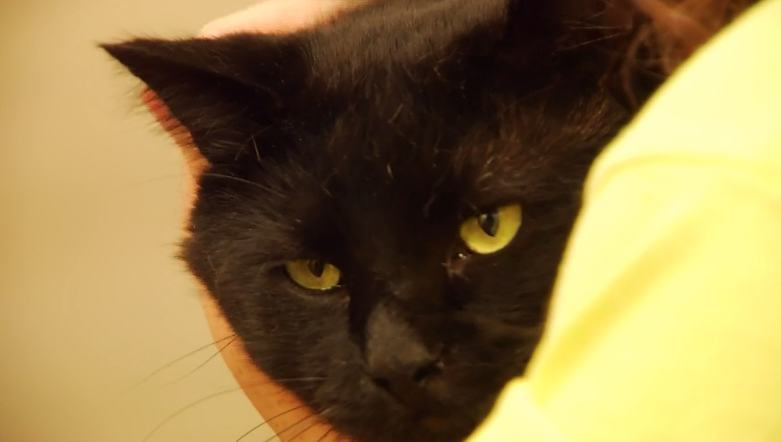 “I’m out to save all the Dennis Quaids of the world, however we can do that,” Quaid laughed.