One giant leap for mankind, just another day for Jeff Bezos.

Bezos shared that the company has been developing the Blue Moon lander for the last three years. The spacecraft is intended to carry cargo, not human astronauts, though Bezos supports humans returning to the moon – he has a long-term vision of humans colonizing space, and this lunar lander is one big step on the way to make that a reality.

In fact, he believes Blue Origin can play a large part in returning mankind to the surface of the moon by 2024.

According to Bezos, the Blue Moon lander will be able to navigate autonomously through space and land somewhere between 3.6 and 6.5 metric tons of cargo on the surface of the moon. With room for four space rovers, the goal is to modify and create variants of the craft to eventually carry human astronauts back to the moon, and perhaps beyond. 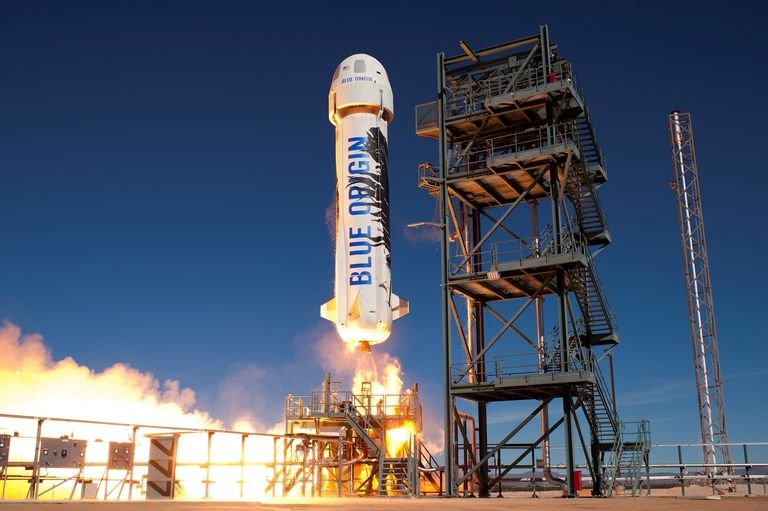 The BE-7 rocket engine is constructed with a large percentage of printed parts and is designed to run on liquid hydrogen. Blue Origin plans to begin tests on the engine this summer. Bezos made it clear that going to the moon is not just a pipe dream or hobby as he laid out his vision, “It’s time to go back to the moon and this time stay."

Bezos founded Blue Origin in 2000 and has kept its trajectory and business relatively under wraps since then. The company’s New Shepard rocket, designed to carry passengers on commercial space flights, has flown 11 test flights and plans to send a manned test flight within the next year.

Bezos laid out a huge vision, one he knows will take generations to accomplish; the new lander is just one part of his larger ambition.

What do you think? Will mankind return to the moon in the near future? Sound off in the comments below.