Protect them at all costs, or not?

Welcome to the world, Elizabeth Ann! She is the first of many cloned in a way for the USFWS to recover her species. Officials have opened up about why they have decided to have her cloned, saying her species is descended from only seven individuals, causing genetic challenges for her populations to thrive. Overcoming genetic diversity is one of the scientists' goals in reestablishing their species both in habitat conservation and wild populations. Factors like diseases, genetic abnormalities, and the disability to adapt to habitat and lifestyle conditions can have negative effects on the genetic diversity of a species, especially since they can causes declines in these species' fertility rates.

So it seems to clone Elizabeth Ann was one of the first steps. Born in December, she is currently staying at the USFWS's breeding facility in Fort Collins, Colorado. 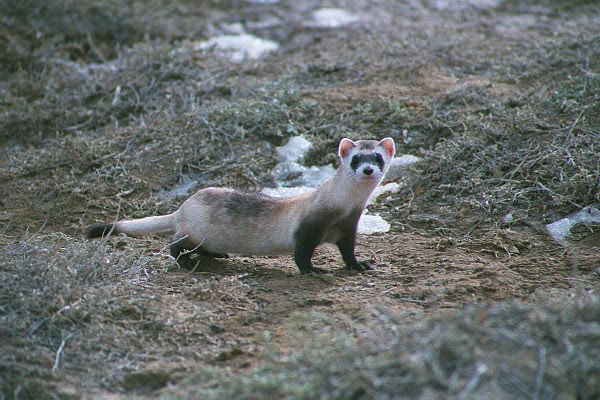 Noreen Walsh, the Director of the Service's Mountain-Prairie Region, commented on the matter, saying, "The Service sought the expertise of valued recovery partners to help us explore how we might overcome genetic limitations hampering recovery of the black-footed ferret, and we’re proud to make this announcement today ... Although this research is preliminary, it is the first cloning of a native endangered species in North America, and it provides a promising tool for continued efforts to conserve the black-footed ferret."

The National Black-footed Ferret Conservation Center is located in the Service's Mountain-Prairie Region.

Elizabeth Ann comes from the frozen cells of Willa, a ferret who lived more than three decades ago and was one of the last wild ferrets. Willa's genome had genetic variations in her genome that could promise more unique genetic diversity for black-footed ferrets if Elizabeth Ann ends up mating and reproducing.

The recovery of the black-footed ferret species would be tremendous. Originally thought to have gone extinct, they were discovered by a Wyoming rancher on his land in 1981. The efforts of the USFWS and its fellow scientists, cloning Elizabeth Ann could be a huge step in returning their species.

What do you think of this news? Let us know in the comments.