The Audubon Zoo in Louisiana recently welcomed a new member of the zoo family! A rare ocelot kitten was born on May 6 to parents Milagre and Joaquin, with the staff confirming that both mom and kitten "are doing great."

The new baby boy may not have a name yet, but he sure has a lot of love to give. I mean, c'mon, who can resist this face?

"The mother and kitten are doing great and he is eating like a champ," said animal care team member Kylie Linke. "Milagre has been very accepting of us weighing him and always is ready to carry him back into the den when we're done. He's gone from around 200g at birth to now weighing more than 700g in just three short weeks! We're already seeing personality and he's just starting to zoom around on his own."

The kitten is being weighed twice a week due to some mammary gland concerns that arose in an earlier pregnancy of Milagre. His parents have lived at the Audubon Zoo since 2017, having been at the Dallas Zoo previously.

If you're excited to see the little bundle, you'll have to wait a bit as he'll not be on public view for a few more months after all his vaccinations have been given. He's being cared for by both Zoo staff and his mom and dad. 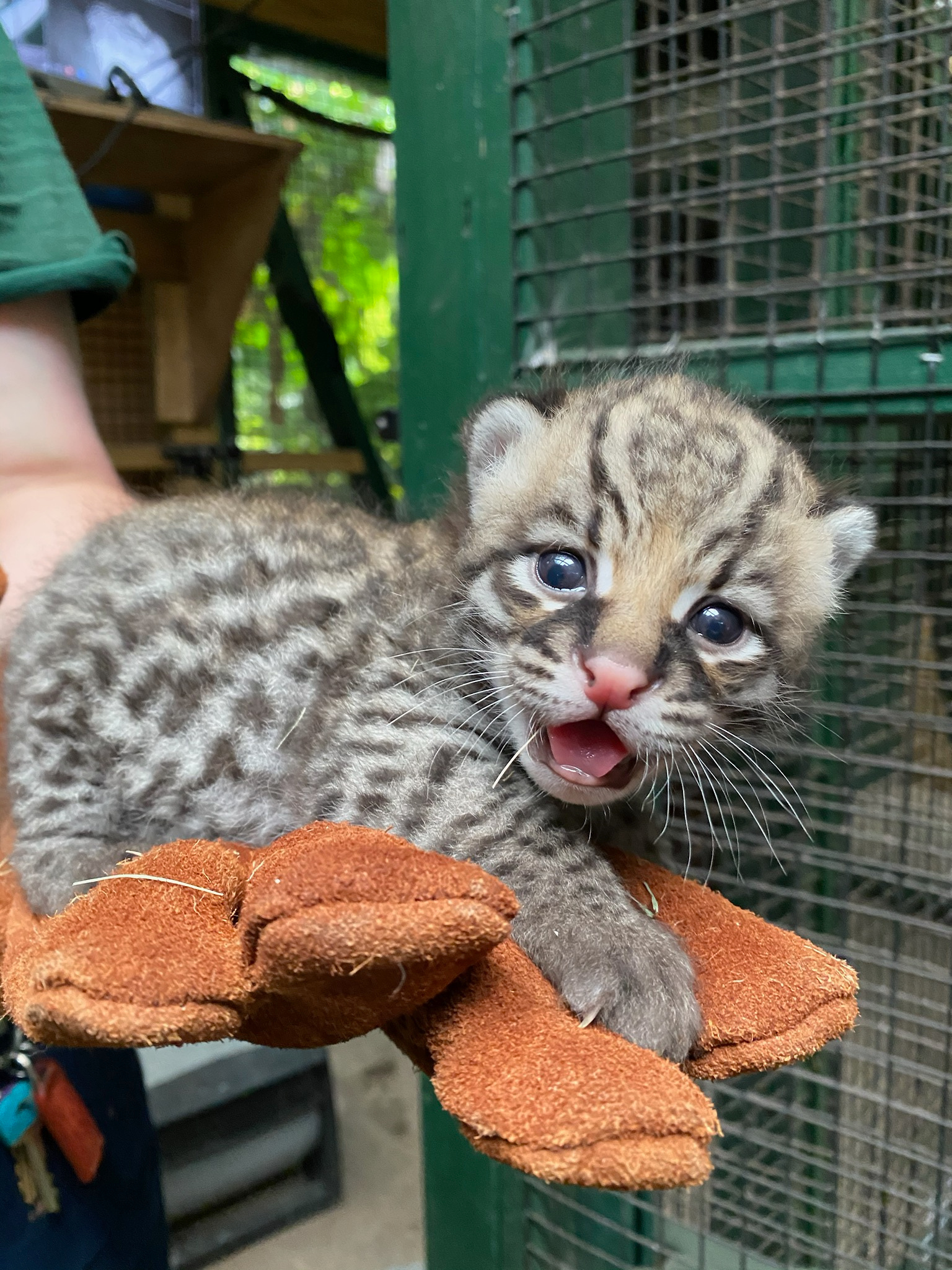 Courtesy of the Audubon Nature Institute

Ocelots are a species native to the southwestern United States, Mexico, and Central and South America. They're medium-sized cats, and adults usually weigh between 24 and 35 pounds, roughly twice the size of an average domestic cat. Ocelots almost went extinct due to hunters who sought their coats, but after regulatory measures and efforts like the Association of Zoos and Aquariums’ Species Survival Plan program, the species has made some recovery. In some places like Texas, they remain endangered.

The Audobon Zoo reopened last week after being shut to the public for three months, and announcing the rare birth was a perfect way to welcome back visitors and share some happy news with the world.

“What joyous news to share as the Zoo reopens its doors to the public. A birth like this serves as an important reminder of the spirit of hope and renewal inherent in all life,” said Audubon Nature Institute board and Zemurray Foundation board member Ludovico Feoli. “Like his parents, this kitten will serve as an important ambassador for the animals of Central and South America to the people of New Orleans.

The new little cat is not the only rare birth announced in recent weeks. In fact, the San Diego Zoo shared the birth of an endangered pygmy hippo. The Denver Zoo has also announced the genders of its two new lion cubs and the recent birth of a new baby Grévy's Zebra. If you need even more cuteness, just check out the baby sloth born at the Virginia Zoo in March; it will steal your heart.

We could spend all day on these adorable zoo babies, how about you? Leave a comment.