The shoe contest had a total of four winners hailing from the U.S.A.

A Maryland man has won "gold" for his entry in an international shoe competition. Sunny Yoo, of Ellicott City, is a cobbler at Cobbler & Co. Shoe Repair in Arundel Mills. He entered the world-renowned cobblers contest at this year’s Inter-Schuh-Service ISS convention in Wiesbaden, Germany. His shoe repair entry earned him a gold medal and the title of "Best in Show" for 2019. 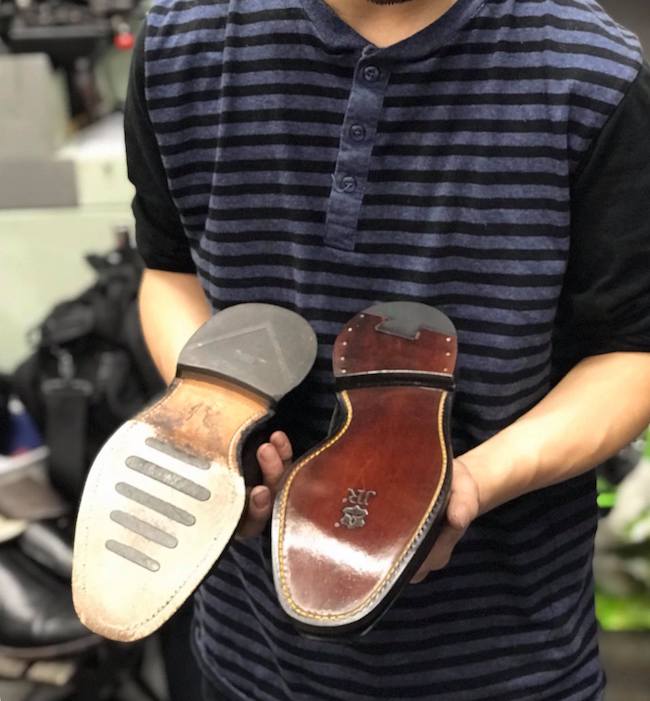 The annual trade show draws shoemakers from all over the world to compete in its cobbler competition. This year more than 50 shoemakers submitted entries in two categories, repair and custom men’s or ladies shoes. A panel judged each entry, awarding points for precision. In addition to Yoo’s winning entry, the U.S. won three more silver medals for repair. Yoo had previously won a silver medal at the same competition in 2016 for repair.

Shoe cobbling has become somewhat of a lost art. Online shopping and the availability of goods makes it easier to just throw out old shoes and get a new pair. But most shoes can be restored by a good cobbler. Leather can be conditioned and brought back to life, and bad soles can be replaced. A shoe cobbler can also fix handbags and other small leather goods.

"Cobbler" probably doesn’t show up on the radar as a career choice for most kids, but it was something Yoo learned from a young age. The Centennial High School graduate began working in his family’s shoe repair and alteration business when he was still in high school. His family now owns and operates two stores, one in the Arundel Mills Mall and another in Owings Mills.

Have you ever taken a pair of shoes to a cobbler? How did they turn out? Tell us in the comments!

A unicorn tried to rob a convenience store in Baltimore County. Read all about it here!

'Cheesy' Weighted Blanket From Pizza Hut Sells Out in Hours