Pygmy hippos are an endangered species, with only 2,500 existing in the wild.

The San Diego Zoo announced some exciting news last week, and it's been 30 years in the waiting: the birth of an endangered pygmy hippo!

The mother, 4-year-old Mabel, gave birth to a boy on April 9 at the zoo's Lost Forest Habitat. Weighing only 12.4 pounds, the baby is the first pygmy hippo born there in 30 years, marking a major milestone for the zoo and their commitment to preserving wildlife.

What better day than #EndangeredSpeciesDay to celebrate our 1st successful birth of an endangered pygmy hippo in 30 years!? Today is also a day for celebrating all that you continue to do for the wildlife in our care and worldwide. 🌎 https://t.co/LpxQtQZz2c pic.twitter.com/ZhYkVBhBDt

So far the baby and first-time mother have been bonding and nursing in their habitat. But there's already been a couple of surprising twists. According to the zoo, baby hippopotamuses tend to rest in secluded spots before moving around; within a few hours of being born, however, he was already walking and following his mother. He's also started learning how to swim, moving on from a small tub of water to the zoo's pool in the maternity yard. Sounds like a pretty 'hip' guy to us! 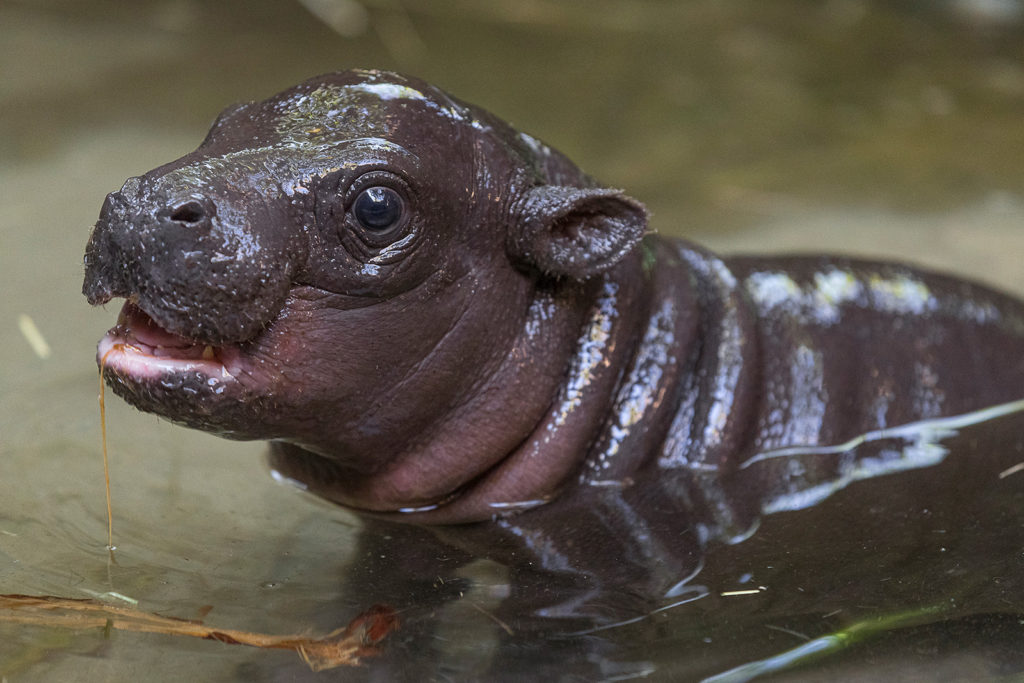 Despite their relation to the river hippo, pygmy hippos are actually a separate species. Unlike the former, the mini-sized creatures spend less time in the water than on land and tend to be most active during the night. They're also categorized as endangered, according to the International Union for Conservation of Nature. Their status can be attributed to human activity, like logging and farming, eroding their native habitats in West Africa. Once spanning the region, they now account for only 2,500 in the wild today. While these numbers are sobering, the zoo's mission in protecting vulnerable species like the pygmy makes them a fitting home for these treasured animals. 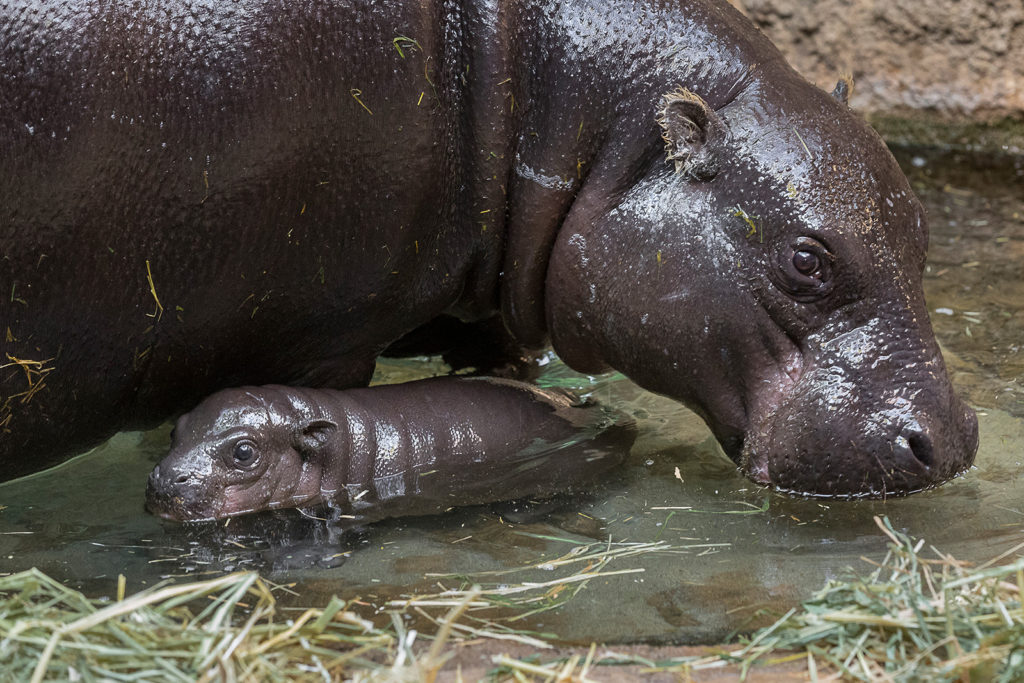 The San Diego Zoo was founded in 1916 and resides in the city's Balboa Park. It also includes San Diego Safari Park and San Diego Institute for Conservation Research. As of this post, the baby currently weighs 25 pounds, and the pair will get to move into the zoo's main exhibit area by the month's end.

All zoo facilities are closed to the public, but their website is still open for business with virtual educational resources for kids and adults, including their animal webcams. The hippos have their own live stream, and it's only a matter of time before the baby makes an appearance (fingers crossed!).