Have you noticed bare shelves in the pain reliever aisle? That's because Excedrin is temporarily discontinuing production on two of its most popular products.

If you've noticed that the pain reliever aisles look a little bare lately, you're not imagining things. GlaxoSmithKline, the pharmaceutical company behind the Excedrin brand, announced that it has temporarily discontinued production and distribution on Excedrin Migraine and Excedrin Extra Strength, in both caplet and gel tab form. As a result, most pharmacies have pulled the products from their shelves.

The move is a precautionary measure that was initiated after they discovered issues with the production process. GlaxoSmithKline explained in a statement obtained by People Magazine that

Though they don't believe that their product is a safety risk, they aren't producing or distributing any more till they have the issue sorted out. GlaxoSmithKline hopes to have this resolved quickly, but they haven't announced when they expect to start distributing the products again.

For migraine sufferers who rely on Excedrin Migraine for relief, that announcement can't come soon enough. In the meantime, consumers should talk to their pharmacist about what alternative medications are available. Two other Excedrin products, Excedrin PM Headache and Excedrin Tension Headache, aren't affected by this production issue or the product discontinuation. 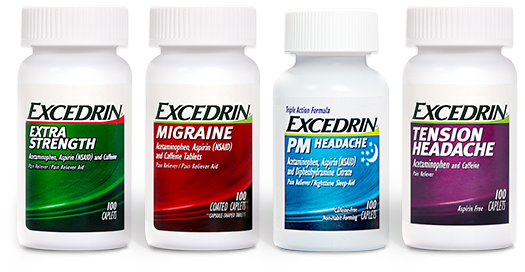 Do you suffer from headaches or migraines and rely on either of these products? Let us know your thoughts in the comments.

New Dating App Wants You to Find Love and 'Quarantine Together'

Waffle House Closes 418 US Locations, and It Says a Lot About How Weird Things Are Right Now