The sting netted 800 arrests in three countries and the seizure of more than 10 tons of drugs.

Federal authorities in Australia and the United States arrested 800 people this week for a variety of crimes, including drug trafficking, money laundering, and human trafficking. The arrests were part of a 5-year investigation made possible by an encryption app called “ANOM,” created by the Federal Bureau of Investigation (FBI) and distributed to criminal networks. Criminals thought they were flying under the radar, while, in reality, police were watching their every move.

The Australian Federal Police and the FBI worked together to dismantle Phantom Secure, a go-to for the criminal underworld, and then replaced it with ANOM, an app they controlled. The app was used on special phones that could not accept texts or place calls and could only be purchased on the black market. Those features made criminals confident in the app’s ability to hide activity from authorities.

"The AFP and FBI have been working together on a world-first operation to bring to justice the organized crime gangs flooding our communities with drugs, guns and violence," said AFP Commissioner Reece Kershaw APM. "The FBI provided an encrypted communications platform while the AFP deployed the technical capability which helped unmask some of the biggest criminals in the world. This week the AFP and our state police partners will execute hundreds of warrants and we expect to arrest hundreds of offenders linked to the platform. This is the culmination of hard work, perseverance and an invaluable, trusted relationship with the FBI." 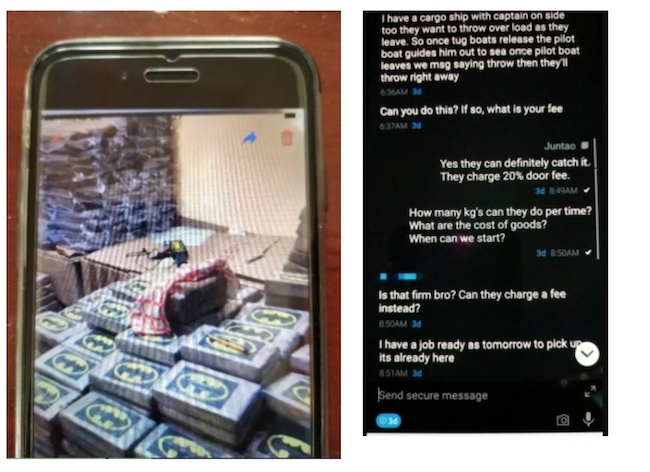 The massive sting operation resulted in 800 arrests worldwide and the seizure of eight tons of cocaine, two tons of methamphetamines, six tons of drug-making chemicals, and more than 250 guns. Police also uncovered more than 50 drug labs and learned how drug traffickers hid shipments in real-time. The arrests were made in Australia, The Netherlands, and Spain at the same time a grand jury indictment unsealed in San Diego, California, on June 8.