The Susan B. Anthony doll was released earlier this month both by Mattel and The National Susan B. Anthony Museum & House's website. The museum, which is located in Anthony's home in Rochester, New York, was approached by the toy company in advance of its release.

“We were delighted that the design team from Mattel™ reached out to us early in the project, demonstrating their interest in a doll and packaging that would reflect Susan B. Anthony’s life and work," said Anthony Museum president & CEO Deborah L. Hughes in a press release. 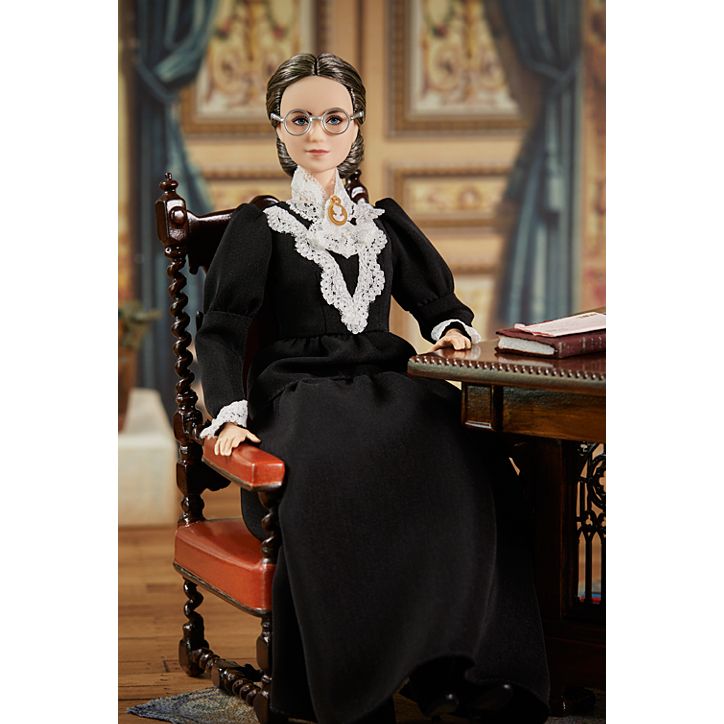 Anthony was an instrumental figure in the women's suffrage movement, as well as a noted abolitionist and labor rights advocate. Her arrest after casting a ballot in the 1872 presidential election would lay the groundwork for the passage of the 19th Amendment in 1920, which granted women in the United States the right to vote.

The doll is featured in Mattel's "Inspiring Women" series that honors a diverse range of revolutionary female figures, from activists to artists. Current people include the singer Ella Fitzgerald and tennis player Billie Jean King. 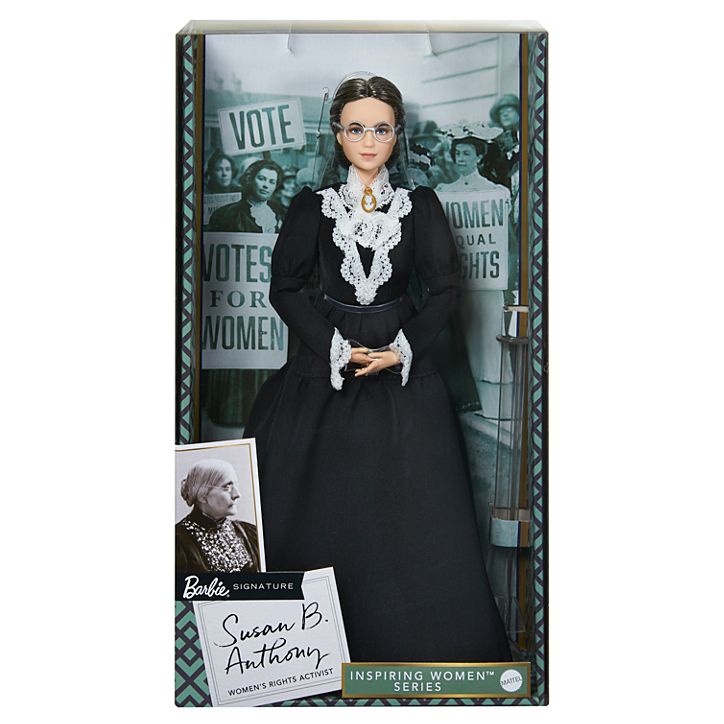 The doll arrives in time for several important milestones this year: the 100th anniversary of the 19th Amendment, Susan B. Anthony's 200th birthday, and the museum's 75th anniversary. And with the 2020 election fast-approaching, Anthony's message resonates as strongly today as it did in her lifetime. It also fits in with Mattel's efforts to honor the aspirations and dreams of young girls and women.

“You can almost hear her speak, ‘Yes, your honor, I have many things to say.’  She is still telling us to get ‘a citizen’s right to vote,'" said Anthony biographer Ann Gordon.

The doll comes dressed in Anthony's signature floor-length black dress, complete with a lace collar fastened with a brooch and spectacles. It retails for $29.99 and can be purchased on Mattel and the Susan B. Anthony Museum's website. It plans to ship on October 16, so pre-order your doll today!

What do you think of Mattel's latest release? Are there any figures you would like to see as a Barbie doll? Leave a comment letting us know!