Grandma Joy had never seen the ocean, never been camping, and never hiked up a mountain. Her grandson decided to change that, and in a truly epic way.

Joy Ryan has lived a simple life in small-town Ohio, calling the unincorporated township of Duncan Falls home. Her grandson, Brad Ryan, also grew up in the small town and remembers taking road trips as a child with his Grandma Joy, as he calls her. Brad, who grew up in Duncan Falls, now lives in Washington, D.C., and is a veterinarian at the Smithsonian National Zoo. After leaving this small-town and losing touch with Grandma Joy for several years, they eventually reconnected and Brad found out his grandmother had never seen the ocean, despite annual road trips from Ohio to Florida. Grandma Joy expressed regret that she had not seen more of the world in her life, though she had lived a full one.

Grandma Joy had raised children, working minimum wage jobs, had been widowed for over 20 years, and saw two of her sons pass away in their 40s. She was 85, living alone in her little house, and Brad wanted to give her those adventures her life had not allowed. Grandma Joy had not seen the mountains, she had not been camping, she had not walked the beach, she had not smelled the ocean.

So, with a new perspective, Brad and Grandma Joy set off on the first leg of what would become an epic road trip. 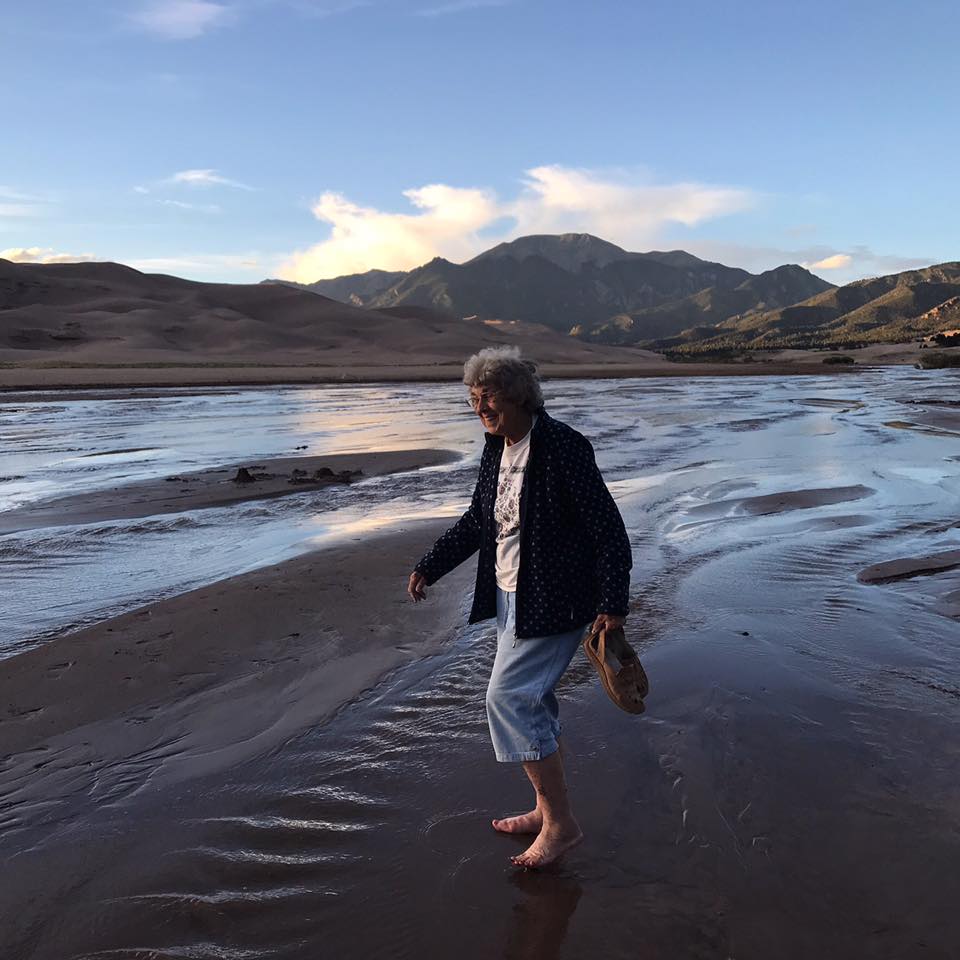 On that trip, Brad and Grandma Joy visited the Great Smoky Mountains National Park and met several fellow travelers on the way who were captivated by their story. After that first short trip, Brad set up a GoFundMe page sharing their story. The site raised enough money to finance the next step of the adventure, a road trip to 21 national parks in just 28 days.

Brad has documented and shared the adventures through Facebook and Instagram, and has amassed a healthy following. The goal of the unlikely pair: to visit 61 national parks total. 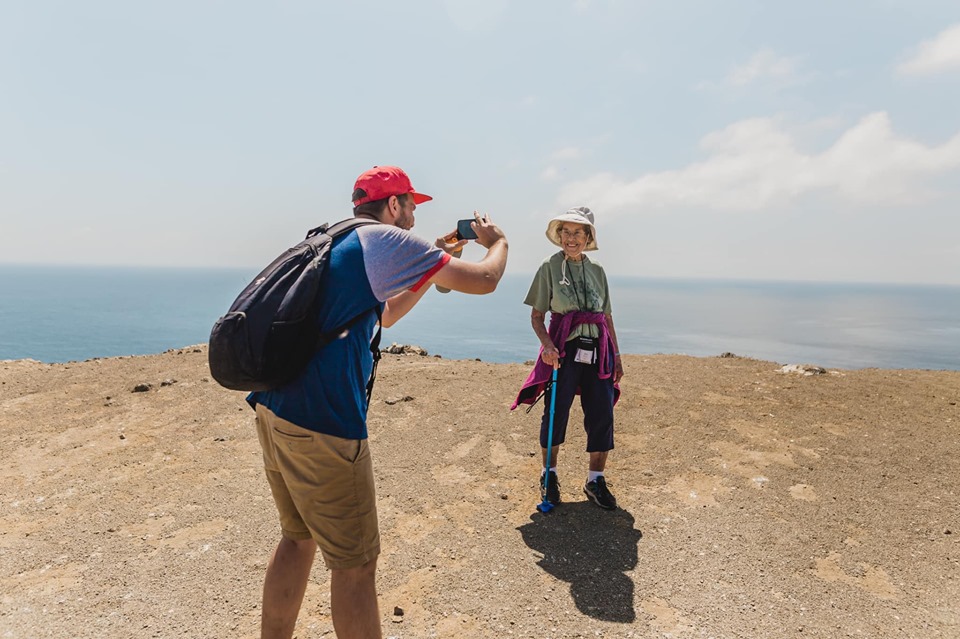 Besides being an adorable twosome and sharing such a heartwarming story, the grandma and grandson adventurers have a great time together and have made a lasting impression on those they meet and cross paths with on the way. Brad likes to get Grandma Joy to taste the IPAs that he samples as they make their way across the country—and they have yet to find one that suits Grandma Joy’s palette.

Each year, the two set aside several weeks to travel the country to stop at as many of the National Parks as they can. They started out by camping and, as the attention and admiration for the pair have grown, they have been able to get travel accommodations sponsored, meaning Grandma Joy does not have to sleep in tents or in sketchy campgrounds—a concern faced early on in the process. As they travel, they have gained more and more attention and have appeared on both local and national news programs.

Grandma Joy is now 89 and the two have been traveling together for the last four years. So far, they have made it to 41 of the 61 parks on their list. Since the road trips started, the pair usually only takes one long trip a year, however, this year they embarked on two; one in June to visit Acadia National Park in Maine, which brought them international attention due to a post shared by the ark of the two on Sand Beach. Then, this fall the two set off on a six-week adventure to visit the 20 parks they have not seen in the continental United States. After that trip is done, the next challenge is to figure out how to travel with Grandma Joy to Hawaii, Alaska, American Samoa, and the Virgin Islands.

Below is the post from Acadia National Park that brought so much attention to Grandma Joys Road Trip. 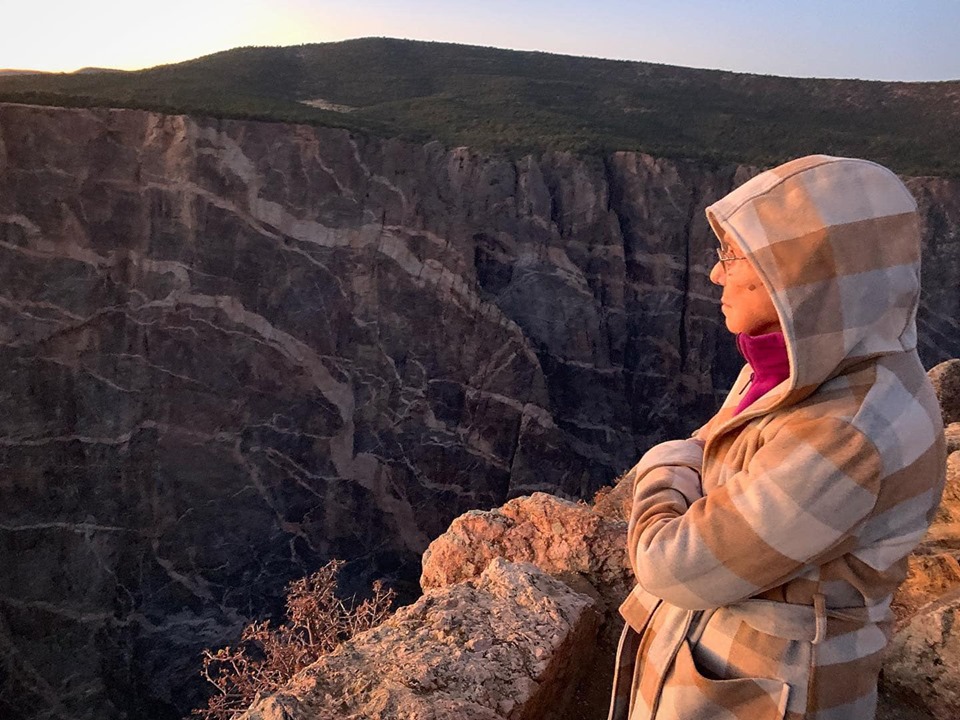 At Black Canyon of the Gunnison National Park in Colorado on October 9. Courtesy of Grandma Joy's Roadtrip (Facebook).

Their story is a reminder of how precious family is and how a small gesture can make a huge difference in someone’s life. The National Park system is one of the country’s greatest treasures, and Grandma Joy’s Road Trip has been able to bring attention and a sense of new appreciation for them.

We are excited to see where the next adventure is, and can’t wait to see Grandma Joy on a volcano in Hawaii or a salmon boat in Alaska. What do you think about Grandma’s Joy’s Road Trip? What national park is at the top of your must-see list? Give us the scoop in the comments below.