The explosion occurred in a shopping mall.

The investigation into an explosion that happened early Saturday morning is continuing this week, with an update from city officials expected Monday afternoon.

The explosion occurred in a shopping mall in the small town of Harrisonburg, Virginia. The blast was felt for several miles, with the quake being heard and felt by residents in the neighboring towns of Dayton and Bridgewater.

Matthew Jenkins, a sophomore at the local James Madison University, lives in an apartment complex right next to the shopping center. Jenkins shared with the local news team that the blast was so intense it threw him into his wall.

"My head hit the wall, and I thought that something had crashed into the building, so I looked outside, and I saw a big mushroom cloud." 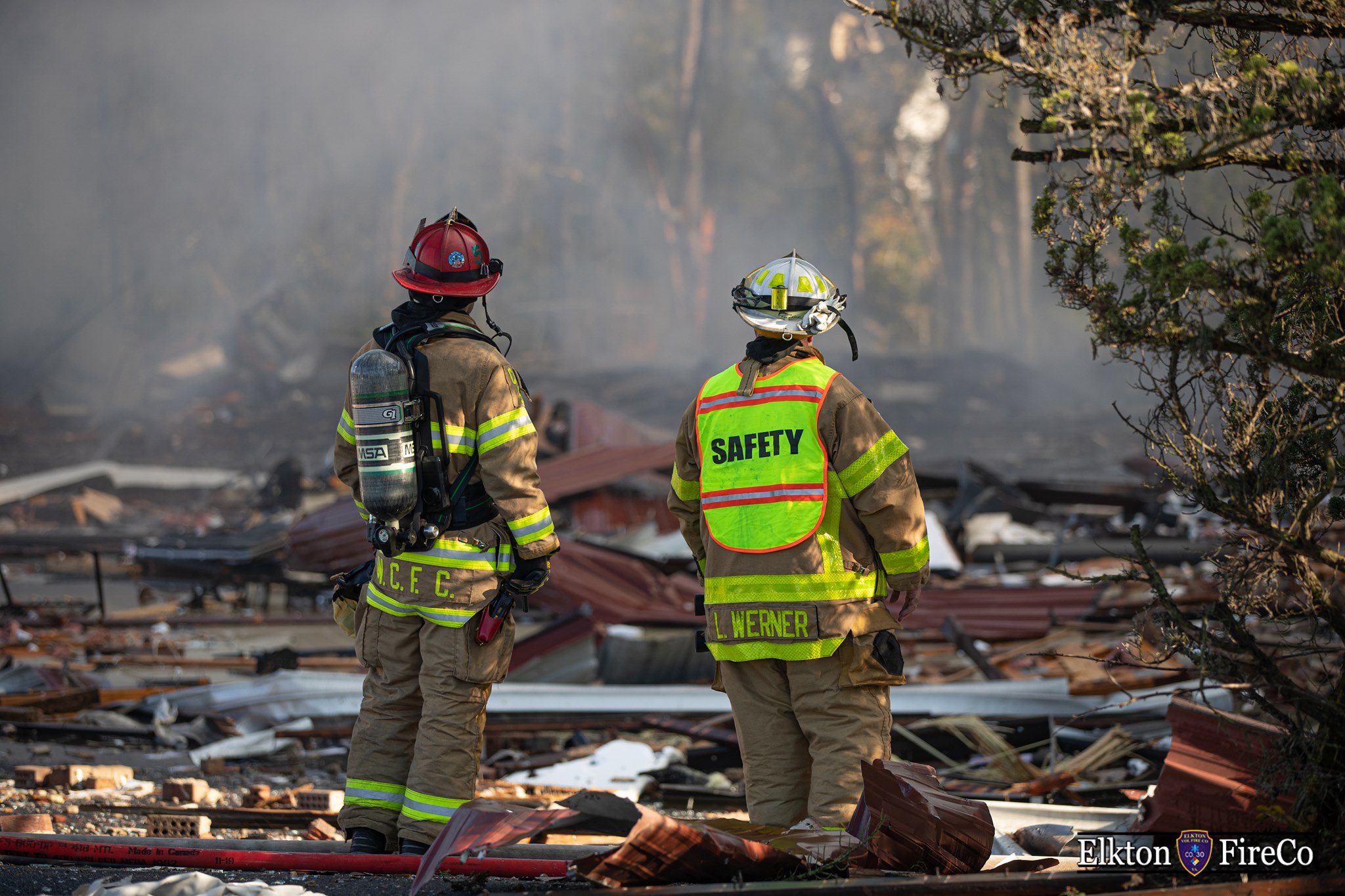 While the exact cause for the explosion is still under investigation, a possible natural gas leak is being said to have been why the explosion rocked the town at 8:30 in the morning.

The initial blast quickly turned into an inferno that left behind scattered debris and a charred structure. The intensity of the blast leveled out a portion of the shopping center and destroyed other businesses nearby. A Domino's Pizza located adjacent to the shopping mall suffered extensive damage, with its windows being completely blown out. The Harrisonburg Parks and Rec department released a statement describing the blast zone as a total loss.

First responders and healthcare workers were quick and swift in their response after the explosion occurred, with units from Harrisonburg City and neighboring towns coming to help fight the fiery blaze and put it out quickly.

Late Saturday, Gov. Ralph Northam tweeted that state emergency personnel have been deployed for additional support. The governor also confirmed that the explosion was due to gas, yet the details are still unclear.

The Harrisonburg Fire Department completed a second walkthrough of the blast zone and officially determined that only five individuals were injured. Three of those are JMU ROTC students who were among 30 students nearby for the annual U.S. Army Ten-Miler Race. The University put out a statement offering counseling services to students impacted by the blast. Students are urged to contact the counseling center at 540-568-6552.

Two individuals not affiliated with the university were flown to the neighboring University of Virginia medical center. They are said to have serious injuries. 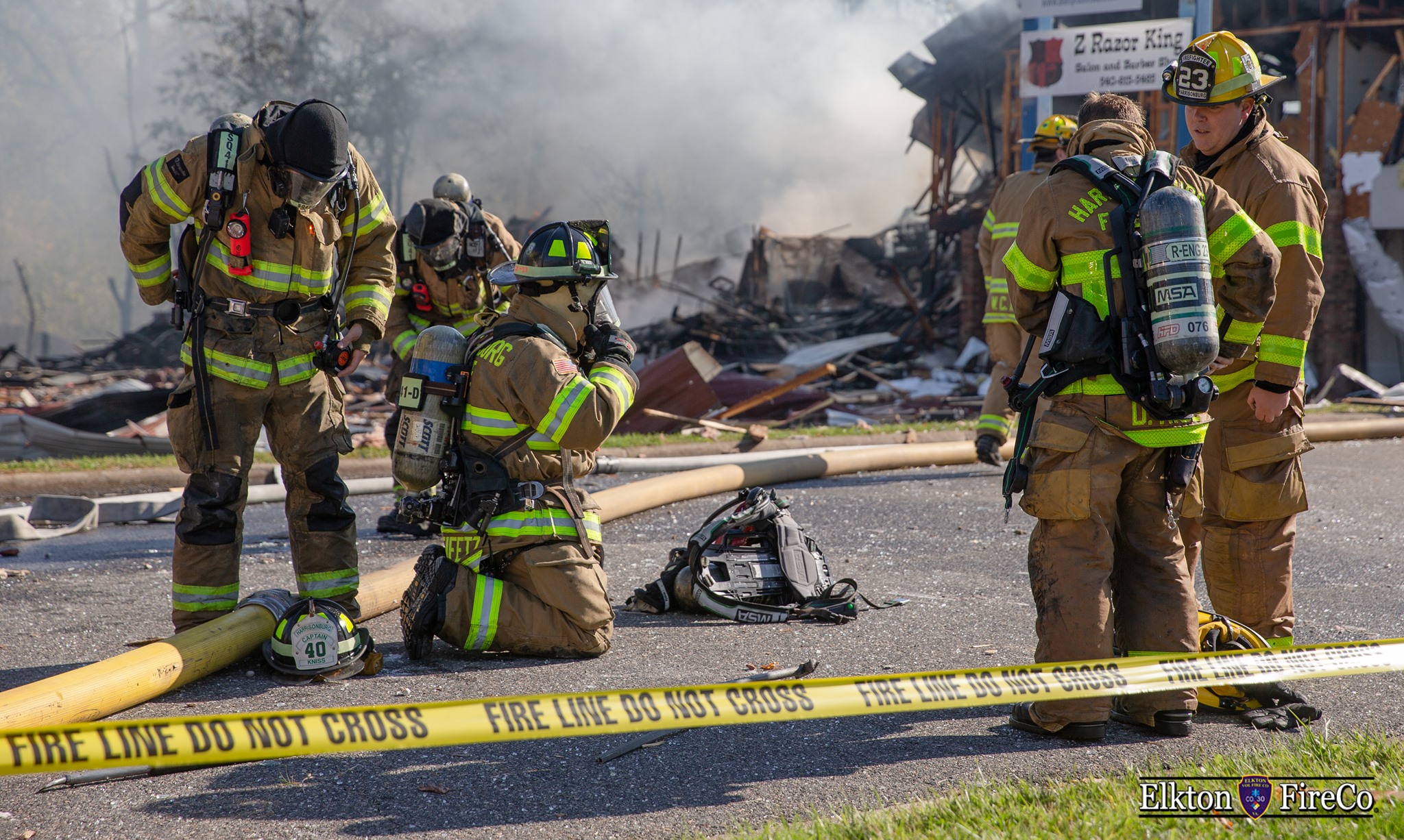 Portions of the strip mall that were completely leveled included a local music store, a barbershop, a vape shop, and a neighborhood international food market. The surrounding businesses that were not completely leveled but suffered extensive damage include an indoor roller skating rink, a Mexican restaurant, a Wendy’s, and a Domino's Pizza business.

Several GoFundMe accounts have been established to help the destroyed businesses, including one for the newest addition to the shopping mall, Naz Salon and Barbershop. The barbershop is one of several small businesses run by former Kurdish refugees who came to Harrisonburg seeking a better life. Delman Rasheed, the son of the business owner of the International Food Market that was destroyed in the blast shared the following of his father:

“Our father came to this country a little over 20 years ago with a dream to open up his own business and in 2018, that dream became a reality. When once asked what he enjoyed about the city of Harrisonburg, he answered ‘I love the sense of community here. The people of Harrisonburg will always have your back.’”