The Lost Colony of Roanoke may not be so lost after all.

For ages (or, at the very least, decades), the Lost Colony of Roanoke has captured the imaginations of historians and the general public, alike. There has been some debate as to when the "trend" of referring to the colony as "lost" first began. While some historical fictions concerning the colony and their fate date back to the mid-1800s, there was never really a "mystery" until the play "The Lost Colony" by Paul Green was written and produced in 1937, cementing the myth into the public's mind. That's according to Scott Dawson, author of the new book The Lost Colony and Hatteras Island.

The play has been performed annually on Roanoke Island ever since, only furthering the notion that there is a mystery to be solved. But, in an interview with The Outer Banks Voice, Dawson claims otherwise, and he says he has 11 years of work and research to back him up.

Dawson says that when John White, the leader of the second expedition to Roanoke Island returned to find an empty encampment and a crytpic message carved into a stakewall, "he saw that message three years later ... He knew exactly where that was and why they were there."

In case you're a little fuzzy on the details, The Lost Colony refers to the second English expedition to Roanoke Island (now Dare County, North Carolina) in 1587. The first Roanoke Colony was plagued with trouble, from a shortage of supplies to escalating hostility with the neighboring Secotan tribe, and the establishment was abandoned in 1586. The following year, Sir Walter Raliegh sent John White and others initially to explore the Chesepeake Bay (it was still believed that the Pacific Ocean was just beyond the Virginia Territory). Along the way, they stopped to check on what was left of the first Roanoke expedition, and it was decided that they would stay.

The second Roanoke Colony fared a little better than the first, reestablishing good relations with another nearby tribe of Native Americans, the Croatan. They were still dangerously low on supplies, however, so two months later, White made his way back to England to report the status of the establishment and bring back help. Due to politics of the day between the English and Spanish, it wasn't for another three years that White would make the return trip to Roanoke Island in 1590. There, he discovered that the colonists had gone, dwellings were taken down, and supplies had been moved. Other than footprints, the only evidence that someone had been there were the letters "CRO" carved into a tree and the word "CROATAN" carved into a defensive structure that had been built. 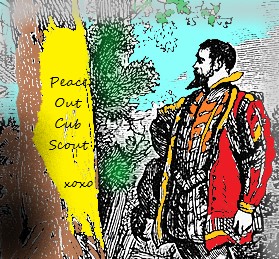 Artist unknown, source: Columbus and Columbie: A Pictorial History of the Man and the Nation (1893)- additions by Mike Burnette

Since then, there have been multiple theories concerning what happened to the colonists, ranging from the scientific to the fantastic. Batman has even been linked to the mystery in the 1994 graphic novel Batman-Spawn: War Devil. Everyone loves a good mystery, and the Lost Colony of Roanoke makes for very fertile ground for the imagination. The disappearance of men, women, and children over 400 years ago is very mysterious indeed. Or is it? It is believed that White and the colonists who stayed behind agreed to leave a message if they had to skip town. There are reports dating back to 1605 of English settlers integrating with Native American tribes, and a report from John Smith in 1608 that supported this. The most likely and most reasonable theory is that the colonists left to join up with a friendly tribe to ensure their survival. The name of this friendly Native American tribe? The Croatan, who lived on Croatan Island (now known as Hatteras Island)—the same word carved into the wall that John White discovered in 1590.

This is where Scott Dawson and his group the Croatan Archeological Society (CAS) come in. Dawson hails from Hatteras Island and now lives in Kill Devil Hills with his wife and two children. He is a Dare County EMT and founded the CAS in 2009 with the mission to "educate the public/community about Hatteras Island's hidden history found in the layers of time." In 2012 CAS worked in concert with archeologists from the University of Bristol under the direction of Dr. Mark Horton, and the Croatan Archeological Project (CAP) was formed. Since then, teams have been working on and off, discovering "thousands of artifacts" that point to the Roanoke colonists moving on and living with the Croatan tribe.

" You can see where the glass objects had been chipped in arrowheads, the copper earrings and wires had been altered into fishhooks. So, all the stuff that they brought over, it got repurposed into something more useful for living on the island".

Up until now, the idea that the Roanoke colony had integrated with the Croatan was only speculation. Now, after over a decade of research, the CAP has provided something definitive that points to that likelihood.

Dawson said about the digs:  “We not only found evidence of mixed architecture of houses, but also metallurgy, where they had blacksmith shops and were also working in copper and lead, and this continued right on into the 1600s." Given this evidence, it seems that at least some of the original colonists from 1587 lived and worked with the Croatan tribe, proving the CAS's theory. "We already knew where they were so, if nothing else, I knew we’d get a lot of Native American artifacts," said Dawson. 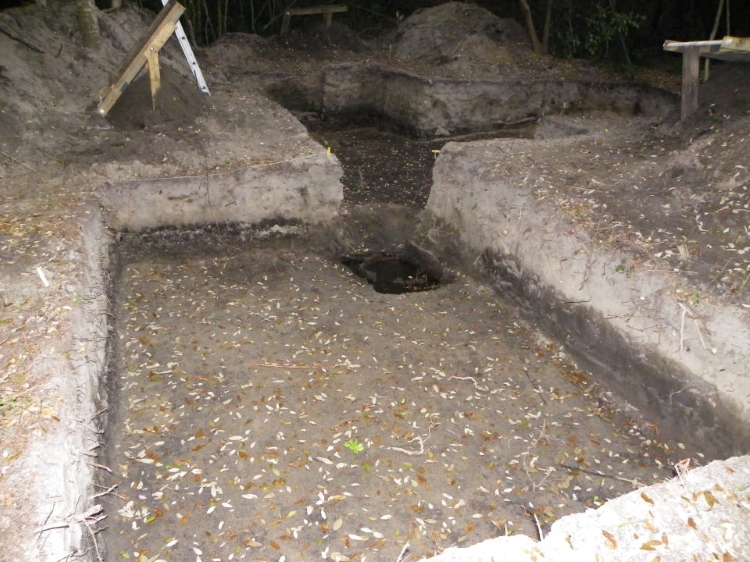 Although the truth is rarely as glamorous as the theories it creates, this marks a major find concerning early American history and the cultures that lived it. Solving the puzzle itself is exciting and, seeing as how the project is ongoing, many more discoveries await. Dawson's book The Lost Colony and Hatteras Island can also be purchased on Amazon, as well as his other works.

Are you a history buff? Excited about this new discovery? Do you believe it's true? Let us know in the comments!