People Are Crazy: Over 1 Million People Plan to Invade 'Area 51' and 'See Them Aliens'

People Are Crazy: Over 1 Million People Plan to Invade 'Area 51' and 'See Them Aliens'

Courtesy of "Storm Area 51, They Can't Stop All of Us"
Caitlin Helveston 7/15/19
Join the Community
shares

A "joke" Facebook event for September 20 has over one million people confirmed as "going."

Just when you think the world can't get any crazier, over a million people plan to invade Area 51 to "see them aliens" and discover the base's other secrets! A Facebook event named "Storm Area 51, They Can't Stop All of Us"  exists where members of the invasion can discuss their game plans.

Some group members have already purchased plane tickets, asked what uniforms they should wear, and have come up with game plans despite the fact that the event is a joke. One plan of attack includes placing anyone named "Kyle" on the front lines and feeding them Monster energy drinks, then placing rock throwers behind them as a second line of defense while the Naruto run into Area 51 from the sides in a surprise attack. 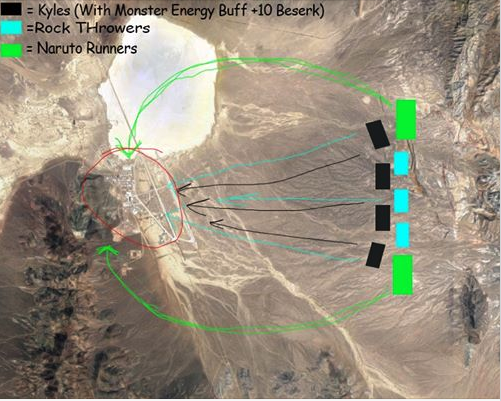 "We will all meet up at the Area 51 Alien Center tourist attraction and coordinate our entry. If we naruto run, we can move faster than their bullets. Lets see them aliens."

Can you imagine all of those people actually trying to storm a heavily guarded area with a simple plan and a Naruto run? If they do happen to get inside, we hope that they find something!

Before you get your panties in a wad, though, no one is actually trying to invade Area 51 (we hope). The event is just a way to bring curious conspiracy theory minds together and to joke around creating memes, which are rather funny.

This is what would actually happen if they just "naruto" ran into the place:

Several celebrities including former President Barack Obama, Joe Biden, Keanu Reeves, Neil Patrick Harris, Dwayne Johnson, and Will Smith have posted to Facebook or Instagram that they plan to join in on the raid.

Even Chuck Norris posted to Facebook that he'll join in, and if he goes, everyone can be assured that the mission will be a success!

Thousands of people have created conspiracy theories about Area 51, including that it houses aliens, extraterrestrial life, and alien space ships. Some say it is a testing facility for planes. No one really knows.

Built in 1955, Area 51 was finally acknowledged as a military base in 2013. But suspicions of the area began in 1980 because a man who claimed to have worked there stated that he saw scientists engineer an alien aircraft. That later turned out to be a fabricated story.

Since then, the stories began pouring in that the area is a designated place for keeping aliens, hiding celebrities who have "died," protecting fast-food secrets, and more. The area is guarded by barbed fences, radar, and heavily armed military personnel – the likelihood that someone would get into the base would be very slim! But one million people storming it? This may be our best chance yet!

The Facebook group has spurred a ton of hilarious memes and reactions:

Also, are we sure this is the first time we've planned this? 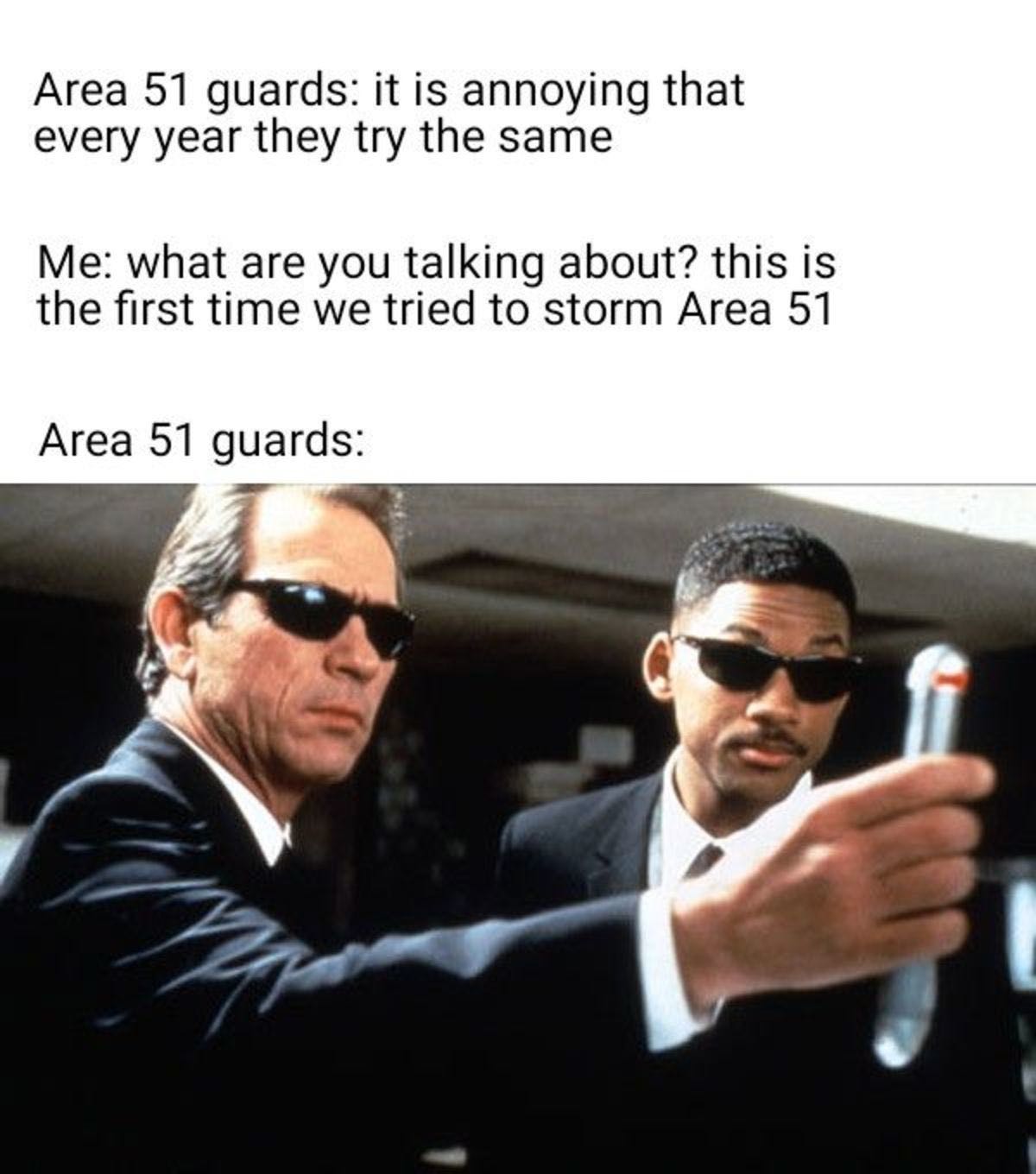 Are you planning on joining in the fun? Have you joined the Facebook group? Do you have a fail-proof plan on how to storm Area 51? Tell us in the comments!