Rare Astronomical Event, the Mercury Transit, Will Occur This Month

Rare Astronomical Event, the Mercury Transit, Will Occur This Month

Spectators will need a telescope with proper solar filters to see the Mercury Transit, so prepare early!

November's skies will be filled with eye-candy for astronomy fans! From the rare Mercury Transit to the Leonid meteor showers, there is something for everyone to enjoy this month.

The biggest and most highly anticipated astronomical event will happen on November 11. The Mercury Transit only comes around 13 times every 100 years, so it's something you won't want to miss. On November 11, Mercury will pass directly between the Earth and the sun. The last time it happened was in 2006 and it won't happen again until 2032.

Unlike normal solar eclipses, when the moon passes in front of the sun, you won't be able to see it with the naked eye, as Mercury is too small. So, those of you with telescopes will want to break them out.

"Mercury can be seen through telescopes with solar filters as a small black dot crossing the sun’s face. Mercury’s diameter is only 1/194th of that of the sun, as seen from Earth," says EarthSky.org, recommending using a telescope with a magnification of 50 to 100 times for witnessing the event. "Mercury will come into view on the sun’s face around 7:36 a.m. Eastern Standard Time. It’ll make a leisurely journey across the sun’s face, reaching greatest transit (closest to sun’s center) at approximately 10:20 a.m. EST (15:20 Universal Time) and finally exiting around 1:04 p.m. EST (18:04 Universal Time)." 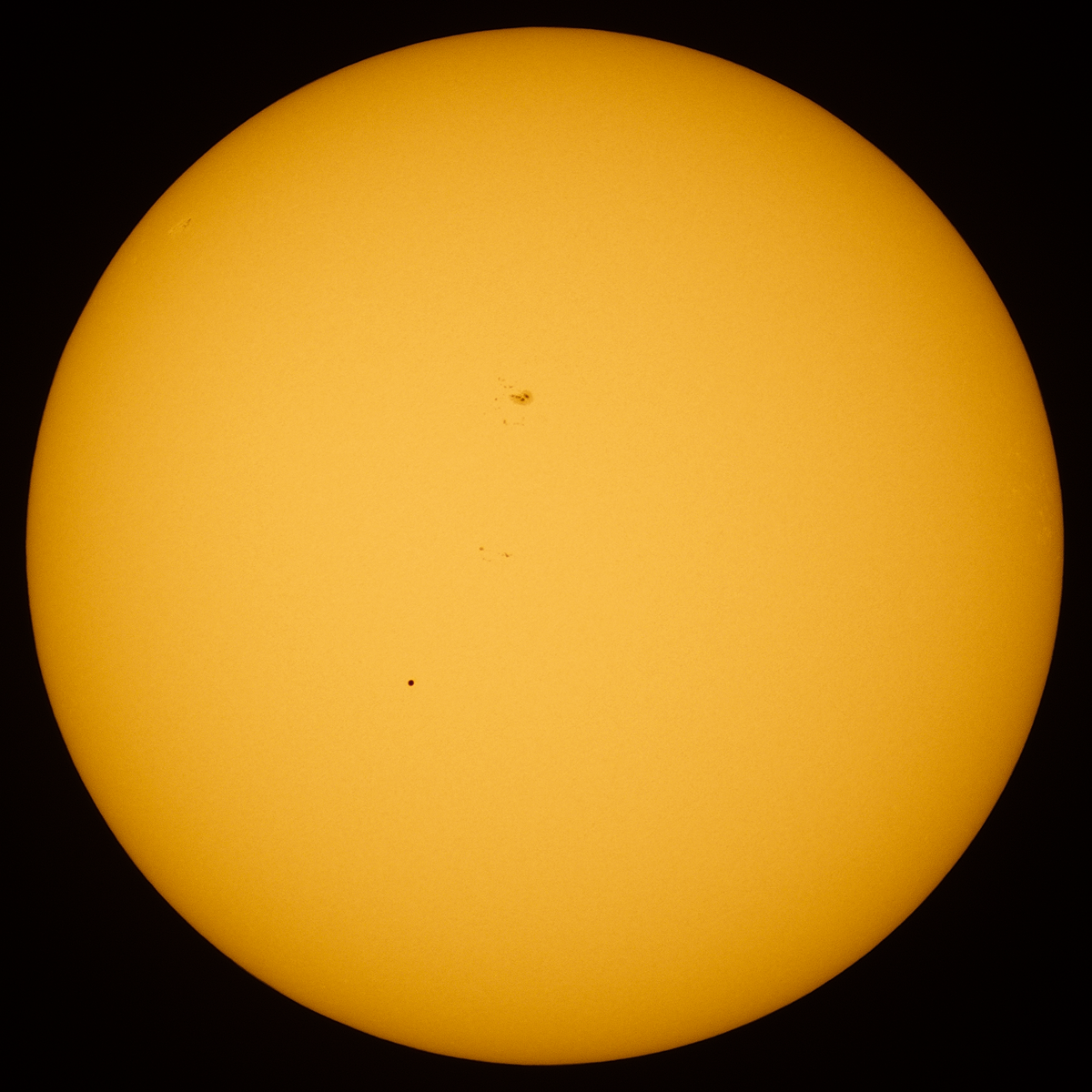 The dot to the lower left of the sun's center is Mercury in transit. Courtesy of NASA.gov.

As with all solar-involved eclipses, it is SUPER IMPORTANT that you use solar filters on telescopes, and DO NOT look directly at the sun without the proper eyewear, as you can do so much damage to your eyeballs if you don't protect your vision.

In addition to the rare Mercury Transit, November will also be host to the annual Leonid Meteor Shower. This is the month's biggest and brightest meteor shower that usually produces around 10 to 15 meteors an hour in perfect conditions. This year's conditions aren't quite perfect, as a waning gibbous moon will light up the morning sky this year, but if the skies are clear, you should still be able to see several shooting stars. It's set to peak from midnight to dawn on Monday, November 18 (the morning of Nov. 18, not the evening). The shower radiates out of the constellation Leo the Lion, but you'll be able to see meteors in all parts of the sky once they start to fall.

Of course, the best way to see the meteors is to find a dark spot as far away from city lights as possible. Look straight up at the sky and give yourself 20-plus minutes to let your eyes adjust before you start expecting to see anything with clarity.

Will you be keeping your eyes on the skies this November? Sign in and leave a comment below.