Grumpy Cat was only 7 years old.

It is with a sad heart that I share the news that the beloved internet star Grumpy Cat has passed away at the age of 7! Tardar Sauce (aka Grumpy Cat) was suffering from a urinary tract infection, which became too much for her to bear. She passed away peacefully in her owner's arms on May 14.

The family announced the sad news on all social media pages this morning, and fans' hearts are breaking everywhere! Although she is gone, her (grumpy) spirit will live on in internet memes – forever.

Here is the official announcement:

Grumpy Cat, who suffered from feline dwarfism, became famous back in 2012 for her pouty lip (which was actually an underbite) and her overall grumpy demeanor. A photo her family posted to Reddit ended up going viral.

During her rise to fame, her image was plastered onto countless merchandise (like t-shirts, perfume, and books), she starred in her own movie Grumpy Cat’s Worst Christmas Ever, and she was made into memes that circled social media like wildfire.

Recently, she even earned her own line of shoes with BOBS by Sketchers!

Don't be fooled by her condition. According to her owners, Tardar Sauce was overall a normal cat – very happy and loved!

Here's one of our favorite snapshots of her, titled, ‪"#MayTheFourth be awful. Always." 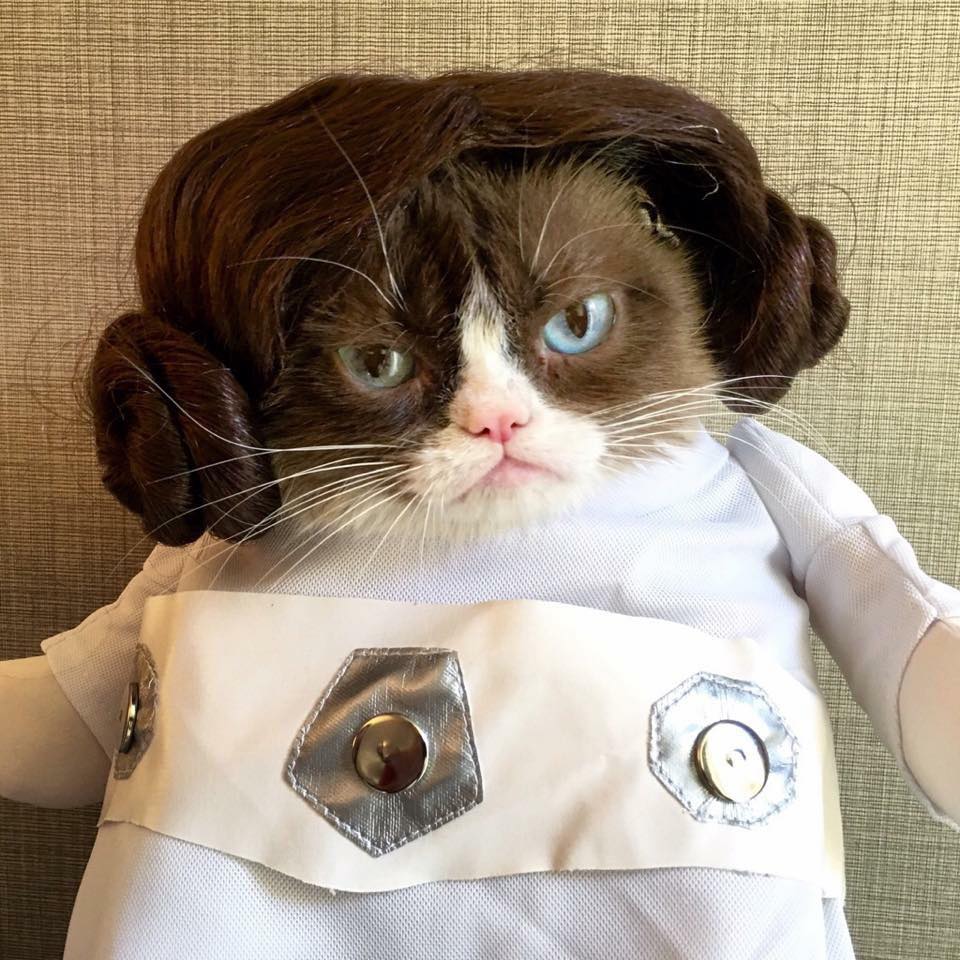 And check out this video of her riding a Roomba!

What was your favorite memory of Grumpy Cat? Tell us in the comments!