A bittersweet update to a story that captivated the world in 2016 when an Arizona grandmother accidentally texted the wrong teenager inviting him to Thanksgiving Dinner.

Jamal Hinton and Wanda Dench celebrated Thanksgiving early this year when they gathered together last week for dinner with their loved ones. However, this year, there was an empty seat at the table. 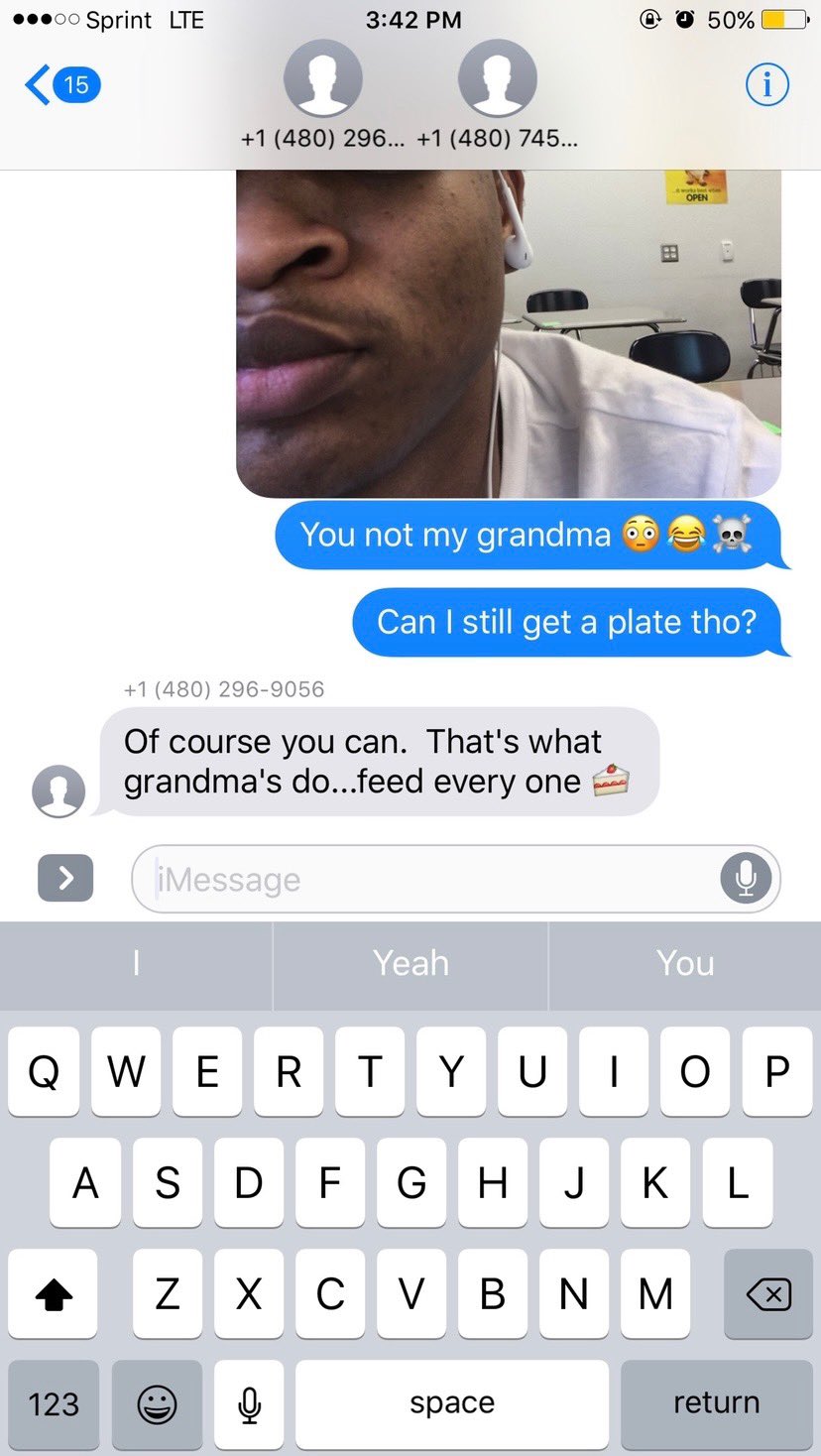 The viral text that created a friendship. (Jamal Hinton on Twitter)

But this year, there was an empty seat at the table. Dench's husband, Lonnie, passed away in April from complications of COVID-19. Dench told CNN she wasn't sure if she wanted to have Thanksgiving dinner this year while still mourning the loss of her husband of 43 years, but decided he would want the gathering to continue.

So Hinton and his girlfriend joined Dench and her daughter and grandson Friday for an early Thanksgiving dinner, their fifth since the accidental text. The timing of their gathering this year allows them to be tested for COVID-19 before they visit with their own families on Thanksgiving Day. A framed photo of Lonnie was placed on the table along with a candle in front of his empty chair. Those gathered were sad but told jokes and shared memories of Lonnie before settling into the familiarity of their friendship.

That friendship extended beyond Thanksgiving dinner each year. In July, Hinton tweeted several photos and videos of him and his girlfriend spending time with Wanda and Lonnie Dench throughout the years.

I am so sad to announce that Wanda and Lonnie both have COVID-19 and that Lonnie is currently in the hospital fighting both COVID and Pneumonia please send words of love and encouragement their way 💛🙏🏽 pic.twitter.com/tUNpUB20qg

In the midst of their mourning, Dench and Hinton are encouraging people to be careful during the pandemic and to take care of those they love.