The Kia Rio is elegantly simple, which makes it perfect.

If you're a city dweller, then you're used to being in close quarters with people. That means having your own personal space is about as valuable to you as clean drinking water, or perhaps even wine. It's also a reason to have a car, despite the cost of insurance, fuel, taxes, its toll on the environment, and the time spent finding parking. Luckily, the new 2019 Kia Rio -- at $15,390 -- is affordable and efficient enough to make it a reality and, in our opinion, very worthwhile.

Kia, as of late, has been going through somewhat of a transformation. They've recruited top talent from companies like BMW and Audi to help with projects, including the Kia Stinger, a twin-turbo sports sedan that was very warmly received by journalists and enthusiasts, and the Telluride, a seven-passenger SUV that stole the Detriot Auto Show.

Now, I'm not saying that the Rio is an Audi A3 or a BMW 2-series, but from the looks of it, the 2019 Rio is elevating with the brand. The interior doesn't seem like such a bad place to be, featuring options like Apple car play, a no-frills yet simply utilitarian elegance, and the same is true for the exterior. 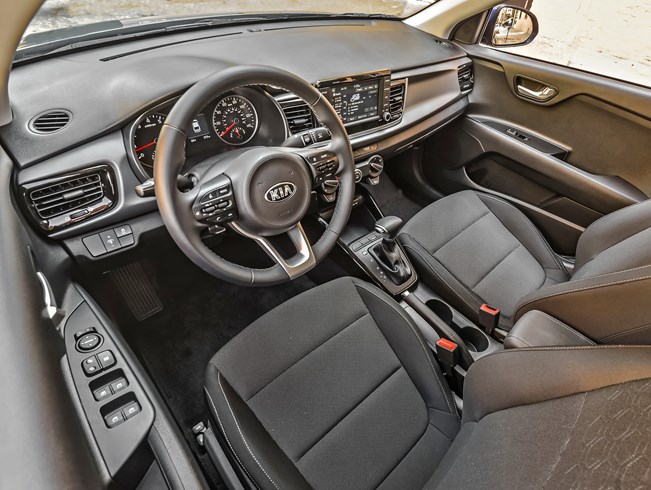 The engine, a 1.6L inline-four that produces 130 horsepower, provides enough power for just about anything short of towing a trailer and it can take you 37 miles on one gallon of dinosaur juice (hwy). Unlike other cars, you can ring it out without having a bail bondsman on speed dial. Parents, are you listening?

Kia also happens to offer one of the best warranties in the industry. So could this be the efficient, reliable, affordable, piece of personal space we're looking for in a city car? Well, unless you have something against the brand, without a doubt.

We just wished they still offered this car with a manual, but that might just be too pure for this world.

What are your thoughts? Do you drive a new Rio? If so, let us know what you think about it in the comments!