The World Is Crazy: People Are Selling 'Game of Thrones' Oreos for 4 Times More Than They're Worth

The World Is Crazy: People Are Selling 'Game of Thrones' Oreos for 4 Times More Than They're Worth

Game of Thrones fans have officially lost it.

Nabisco recently released a Game of Thrones Oreo which is basically just the classic Oreo cookie flavor with a GoT-themed design.

In true fan fashion, GoT peeps went crazy, rushing to stores to get their very own package of Oreos in time for the premiere of the final season of HBO's popular show. But what happened next is utterly bizarre: Some of these fans then turned around and attempted to re-sell the Oreo packages for four to eight times more than they are worth. (#@$!?!?)

Yes, that is a real statement.

As I was scrolling through Mercari (a discount clothing app), I got a notification for Game of Thrones merchandise and clicked on it. To my dismay, I found listing after listing for GoT Oreos, selling anywhere from $10 to $25 for just one pack. They are listed as “limited edition” or “rare find” when, in fact, they are still in stock at Walmart, Target, and most grocery stores.

Game of Thrones fans do love their merchandise, but this is just kind of absurd. After noticing these listings, I headed straight over to the trusty eBay site, and lo and behold, found more GoT Oreo listings.

Have people just gone mad? Do they actually expect to get some money for that? The main question of the day is, "Are Game of Thrones fans desperate enough to purchase these?"

Here are a few: 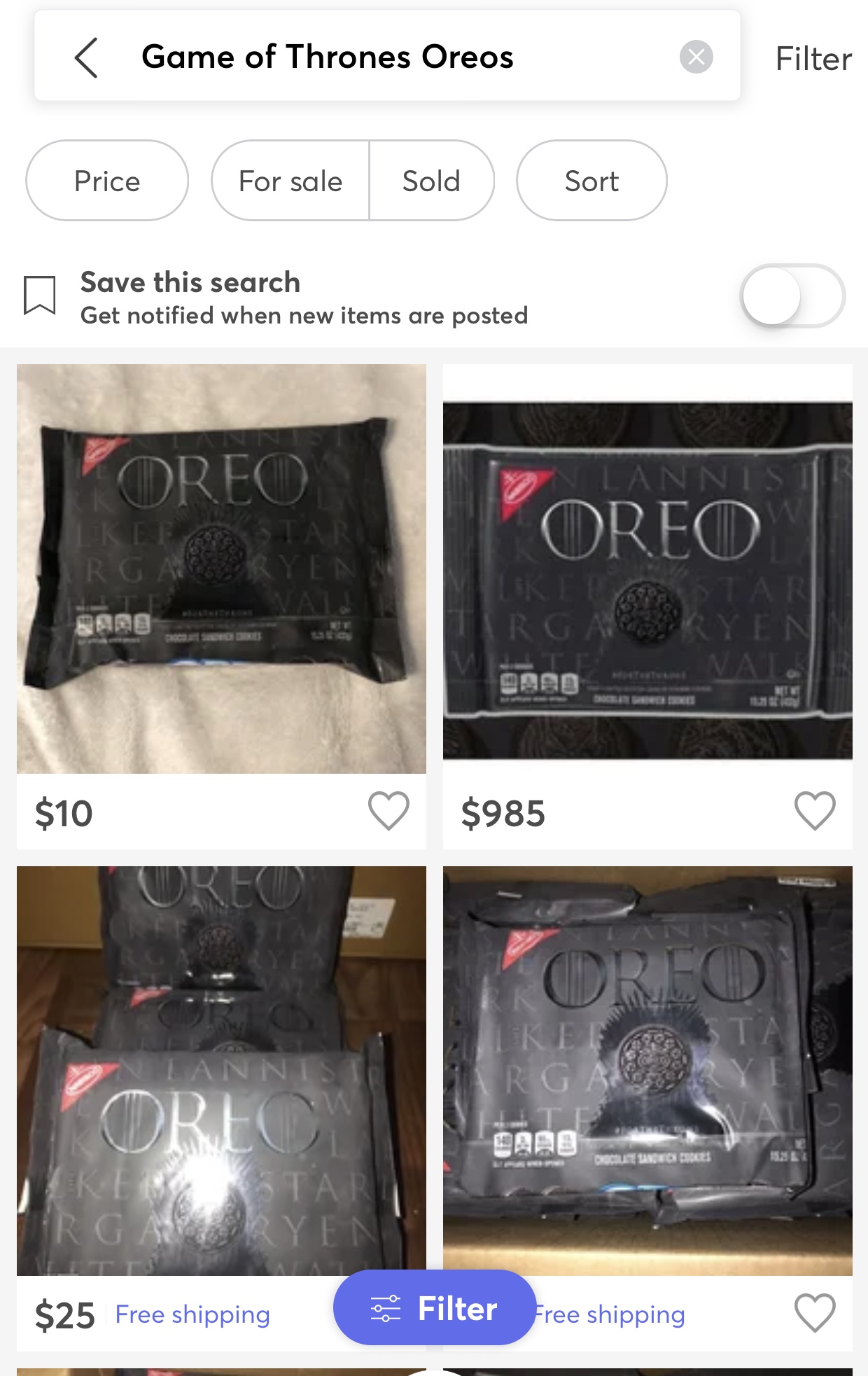 A $9 price tag seems cheap in comparison to some, but remember you have to pay for shipping, too ... 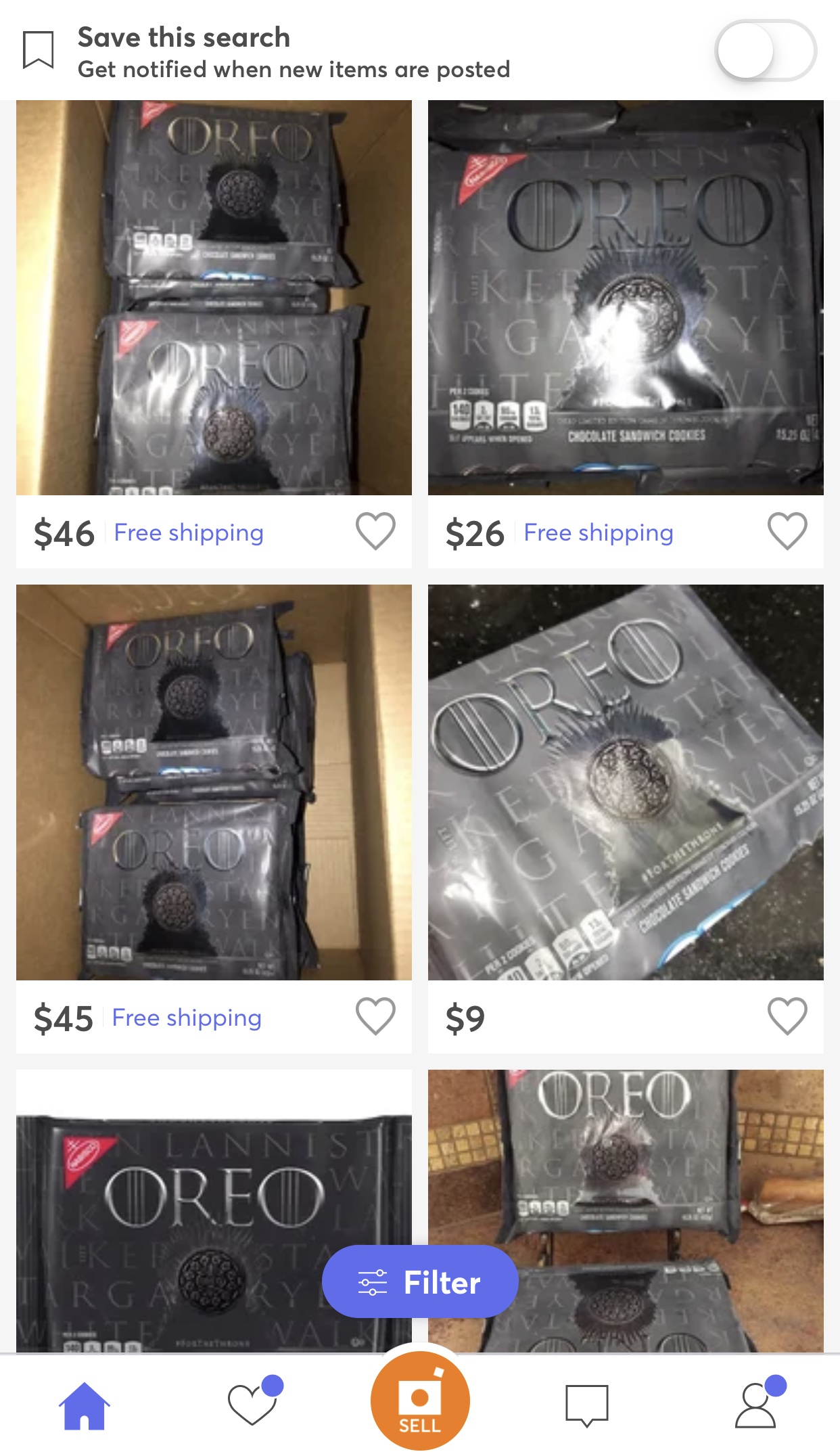 This is just ridiculous ... It's Oreos. 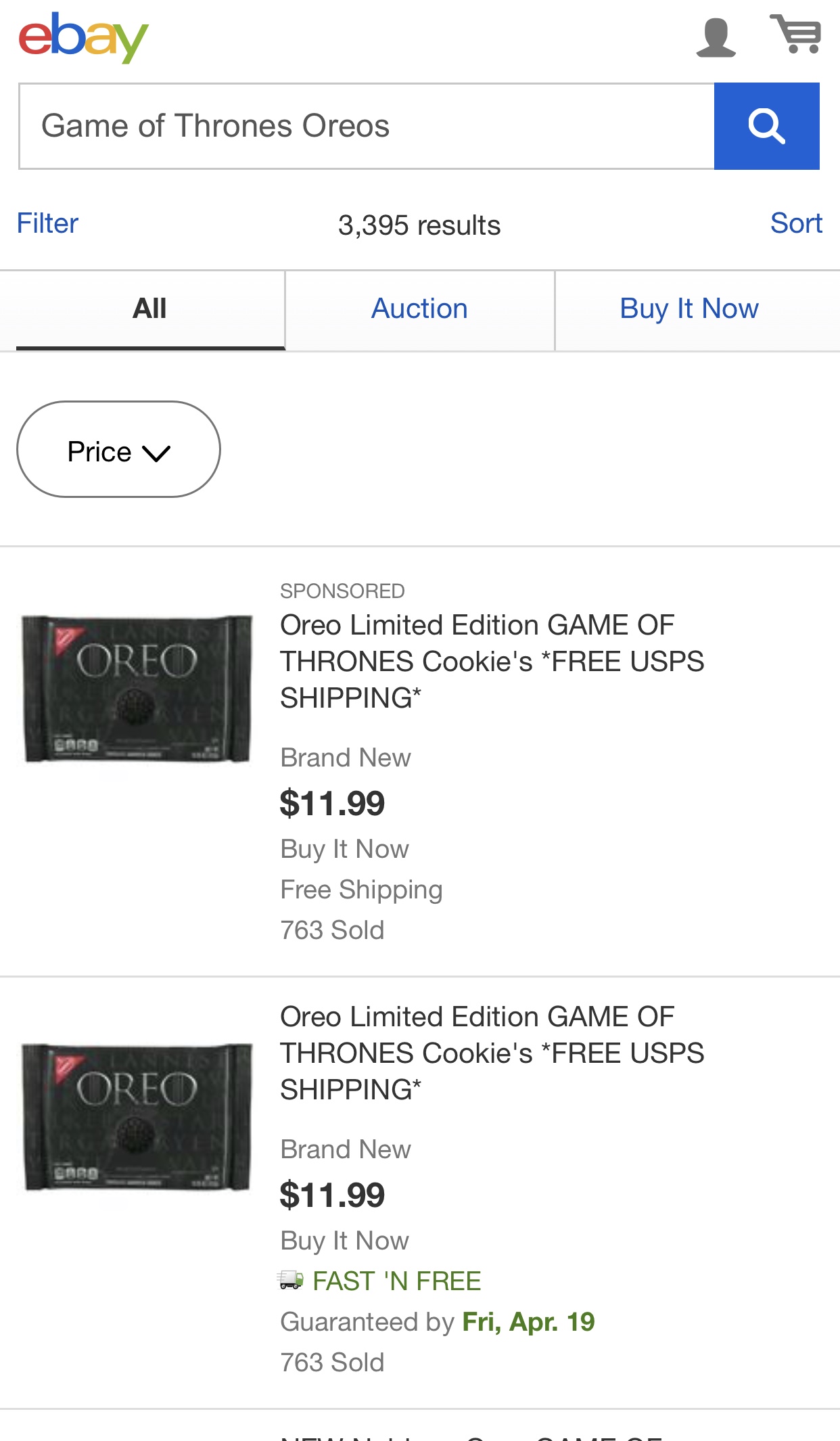 I guess this is a prime example of just how crazy people can get!

**All photos courtesy of Caitlin Helveston

Are you considering purchasing a pack of the “rare” Game of Thrones Oreos? Have you ordered an overpriced package online? Did you get yours at your local retailer for cheaper? Tell us in the comments.