Peanut and his keepers spread some much-needed cheer.

In case you might be feeling down about the world these days, the story of these sisters and their pony will certainly bring a smile to your face.

Jorja Boller is an 11-year-old girl from Beatrice, Nebraska, who has worked harder than most to help out her community. She's volunteered in her community since she was 5 years old and even started an annual charity, "Gifts for Grands," to give gift bags to residents of a local assisted living facility at Christmas. Boller was honored for these efforts with an award from Prudential for her giving spirit.

Boller wanted to try and cheer up the same group of people she's spent so much of her time volunteering for, knowing that most of them are unable to go outside or have visitors as they stay quarantined inside. Boller thought about what always cheers her up—her pony, Peanut.

So, Boller and her little sister Jurnee, 8, got to work on primping Peanut and making him as fancy as can be. They brushed his mane and braided some colored pipe cleaners into it. Once Peanut was primped and ready, the girls took him to visit residents at three nursing homes in Beatrice. Peanut visited with residents, going from window to window. 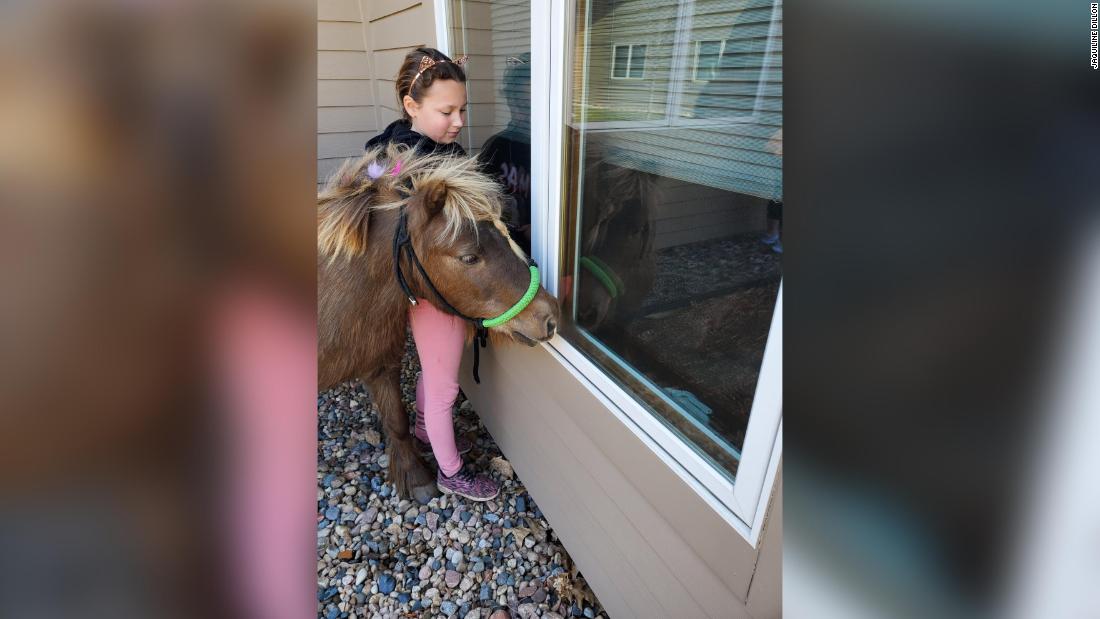 "They really wanted more than anything to pet him," Jorja told CNN in an interview. "I am hoping I can have them do more with him soon. He was a little cranky but after a while, he got used to it and liked it."

The girls plan to expand their pony program to allow for the residents to pet and feed Peanut themselves, once the pandemic is over, of course.

Bringing smiles to people sounds like a worthy cause, and we totally support this kind of good news from good people.

Shout out to Jorja and Jurnee—and Peanut! Keep up the good work, girls!