Our military members sacrifice so much to serve our country. In addition to their time, their family's time, and physical well-being, many find that after they leave the service they are left with mental health challenges like PTSD and more. Unfortunately, not all veterans have access to the help they need to move forward and heal.

One team of veterans are out to change that, one oar stroke at a time.

"The men and women who have served on behalf of the United States military face many challenges during and after their service. Each stroke we row pushes the momentum toward our ultimate mission of increasing awareness of, and support for, the cognitive, behavioral, and physical health of U.S. Military/Veteran personnel," says the team.

Learn more about the team and why it rows in the video below, courtesy of Fight Oar Die.

The team trained in Mobile Bay and the Gulf of Mexico to prepare to row more than 3,000 miles crossing the Atlantic Ocean. Along with several other teams, they'll board their boat, the Wobble, in the Canary Islands, just off the coast of the African continent. From there, they will undertake a grueling challenge of rowing for 60 days to Antigua in the West Indies. Along the way, the crew will be in touch with University of Denver researchers who will study the psychological effects of the race.

This epic journey requires a level of mental and physical stamina that those in the military can understand. Two months, eating dried rations, using a bucket for a bathroom, and taking 2 to 3 hours shifts of rowing and sleeping, will be hard on the body. But, the hours with nothing to do other than be alone with their thoughts and sitting with how their body is faring throughout the challenge (often dealing with salt sores and prolonged exhaustion) is often the toughest part. 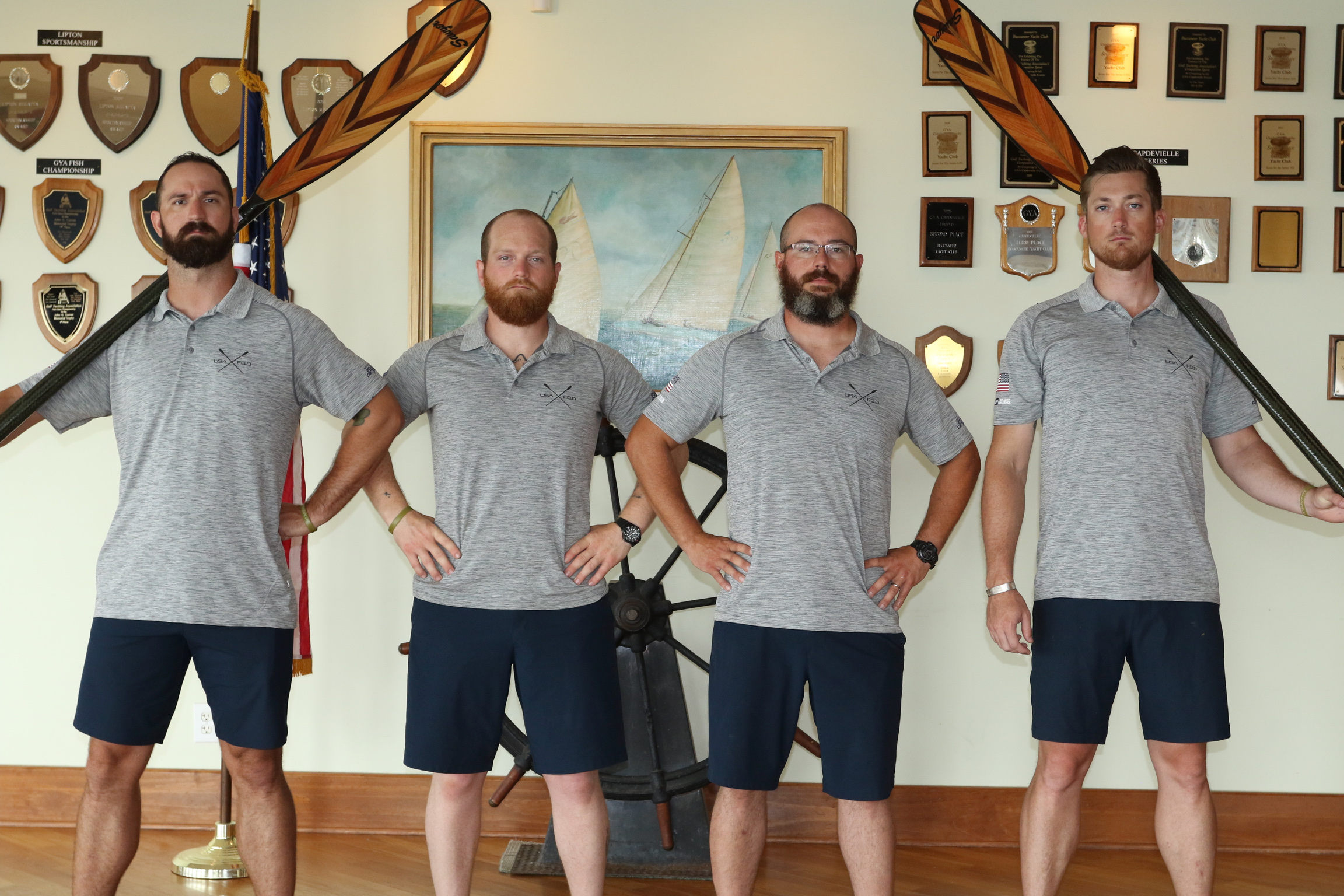 And that's exactly why these veteran teams take on the challenge every year. They row to raise awareness for veteran mental health and to show other veterans that you can endure a lot to reach goals and live a fulfilled life.

"The men and women who have served on behalf of the United States military face many challenges during and after their service. Each stroke we row pushes the momentum toward our ultimate mission of increasing awareness of, and support for, the cognitive, behavioral, and physical health of U.S. Military/ Veteran personnel," says the team's website. "Together, our fight will go toward ensuring that our Veterans know that despite anything that has happened in their lives – Veterans can grow, develop, excel, and achieve ANYTHING they want."

You can learn more about this year's Fight Oar Die team, past teams, and donate to their worthy cause, on the team's website. Learn more about the Talisker Whisky Atlantic Challenge and follow race updates on its website.