US Mint Releasing 2020 America the Beautiful Quarters on Jan. 14

US Mint Releasing 2020 America the Beautiful Quarters on Jan. 14

One of the five coins being released features a bat—yes, a bat!

Five of the six coins in the U.S. Mint’s America the Beautiful Quarters program are set to be released next week. The coins will be sold in a set and include designs that pay homage to five of America’s National Parks. The 2020 collection is the final set in the program. The collection’s sixth coin will feature the Tuskegee Airman National Historic Site in Alabama and will be released separately in 2021.

Each coin has a design on the tails side representing the park. Weir Farm depicts an artist painting outside the property’s art studio. Salt River Bay has a mangrove tree, highlighting the endangered forest of mangroves in the park; the Marsh-Billings-Rockefeller shows a child planting a seedling; and the Tallgrass Prairie features a Regal Fritillary butterfly. The most unique design is on the National Park of American Samoa coin—a Samoan Fruit Bat. This endangered species is the only one of its kind living in an American national park. 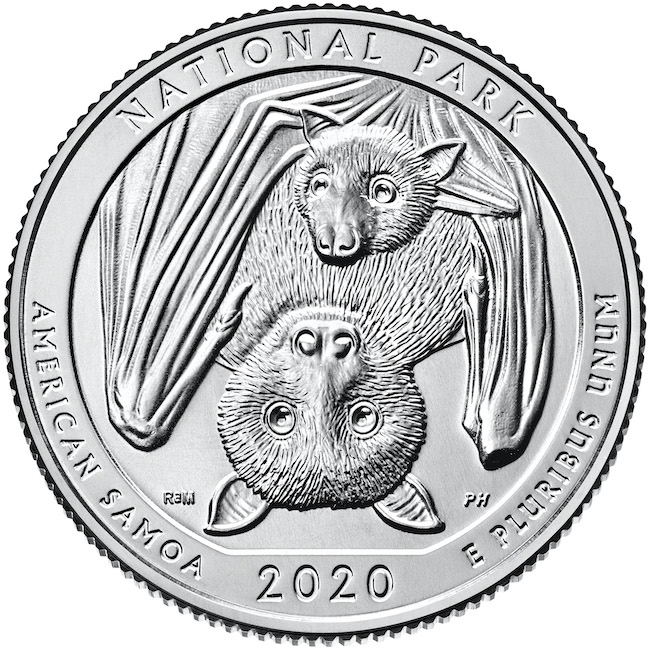 The 2020 America the Beautiful Quarters proof set costs $18.50 and goes on for sale on Jan. 14, 2020. You can purchase the set online or at Mint sales centers in Washington, D.C., Philadelphia, and Denver. The coins are uncirculated and are composed of nickel and copper. The set comes in a plastic keepsake case and has a certificate of authenticity.

The public is invited to tour two of the operational U.S. Mints, Denver and Philadelphia. Visit usmint.gov for more information about tours and U.S. coins.

Study: Children in China Experienced an Increase in Depression and Suicidal Attempts During COVID School Closures