The shocking incident left at least a dozen people injured and two of them being treated for critical injuries.

A balcony crowded with people collapsed and fell onto rocks and sand in Malibu, California, on Saturday. Nearly a dozen of them were hurt, and two were critically injured.

The CCTV footage from a security camera of neighboring property showed the balcony, crowded with people, suddenly breaking and falling apart. The horrifying accident happened along the Pacific Coast Highway, where a group was attending a birthday party, reported Los Angeles County Fire Department.

At least four people were sent to the local hospital to treat injuries, while others were treated on the scene.

“There were probably like 10 people on the back deck and we heard a crack and I literally saw all of my best friends and my girlfriend fall 15 feet to the rocks,” an eye witness reported. "It could've been a lot worse, but it's pretty awful." 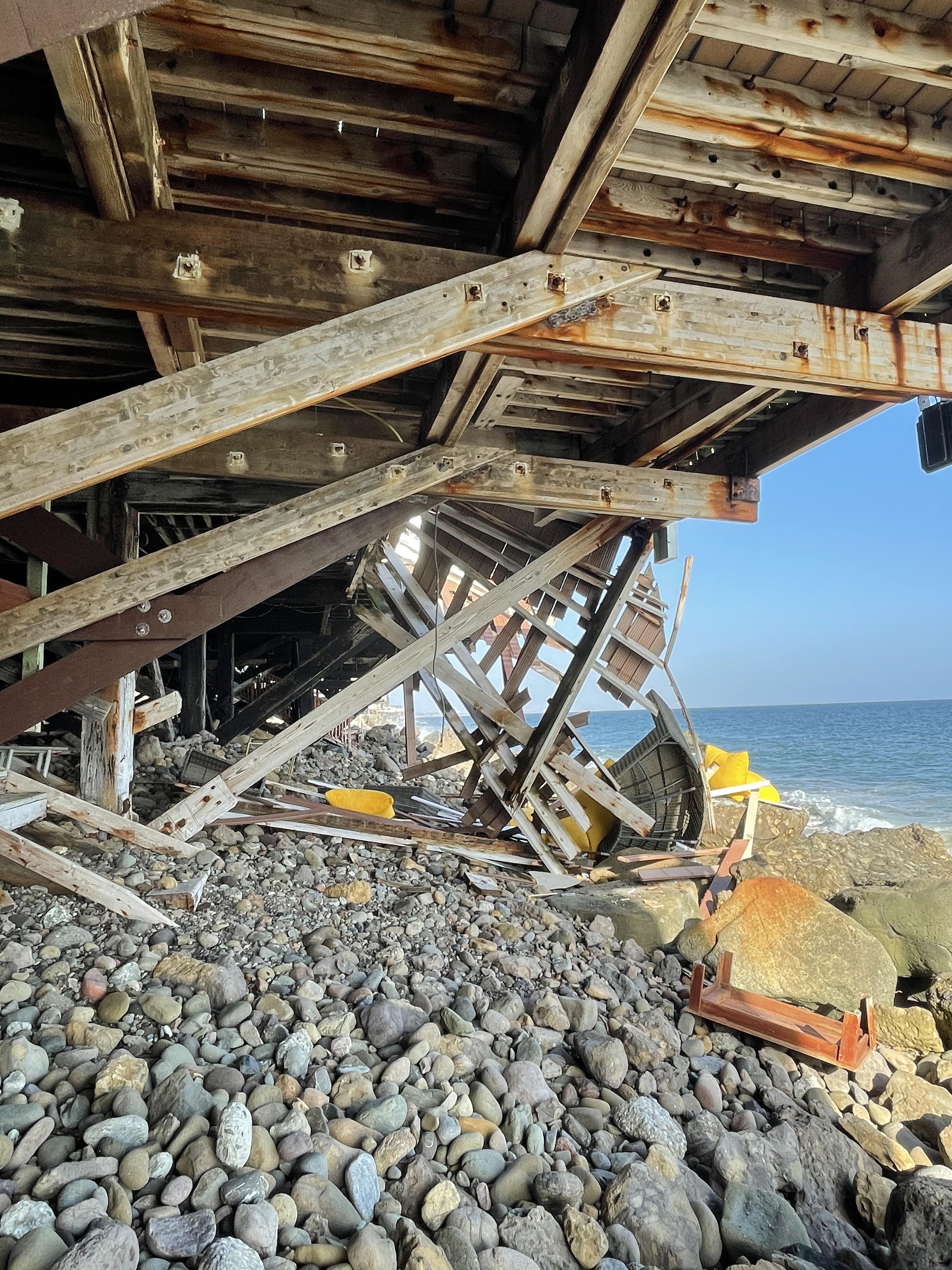 When the owner of the home was contacted, she mentioned the house was rented to a maximum group of six people for the weekend and that she learned from her neighbors about the crowd of 30 people attending a party there. She spent several hours connecting with the young people and trying to make them leave the property, but the mishap occurred 15 minutes after she spoke to them over the phone.

After rescuing the injured, fire department officials checked the wreckage and considered the house was not built to manage a big crowd. They also said there were approximately 15 people on deck when the accident occurred, a much larger number than what the balcony could hold.

However, this is not the first time such an unfortunate accident had occurred in Malibu. A strikingly similar incident happened in the November of 1992, at a rented condo just a 2-minute walk away from the scene of Saturday's accident: 29 people were hurt, and sadly, two died after suffering fatal injuries.

Many of the homes along the Pacific Coast Highway were built in the '50s and '60s and require regular inspection and infrastructural support when needed. On Monday afternoon, the City of Malibu released a statement stating that the home had a valid short-term rental permit. Malibu Code Enforcement is now investigating violations of occupancy limits, and LA County Building and Safety are investigating the incident as well, said the city.

What do you think of the incident? Have you visited Malibu and the beachside Airbnbs there? Tell us in the comments below.